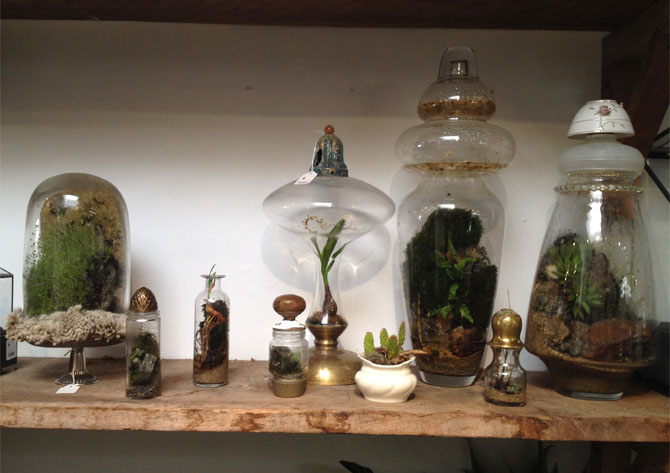 It’s just a thought, but I am wondering if terrariums are the new taxidermy.

Particularly after a trip last week to Paxton Gate, a most fabulous store in the Mission district of San Francisco. I first learnt about terrariums from Alys Fowler, who wrote about how she was mad about them in her Guardian column a few weeks ago. I do quite fancy a terrarium as I’ve got lots of large glass jars that would work nicely as homes for tiny plants and I like indoor greenery.

The terrariums at Paxton Gate sat amongst the store’s collection of taxidermy (including a unicorn, obvs!), giant crystals and bleached bones, lending a slightly macabre feel to things. They were also made from vintage glass jars and oil lamps that had been stoppered with mix-and-match lids, including some ingenious usage of brass door handles. It made them look unusual -even a teeny bit spooky. In a pleasing mix of genres, there was even a taxidermy raven with a live, mossy base to his bell jar home and a bell jar terrarium with a feathery cuff at the base, I think it was actually fluffy seed heads but I could wrong. 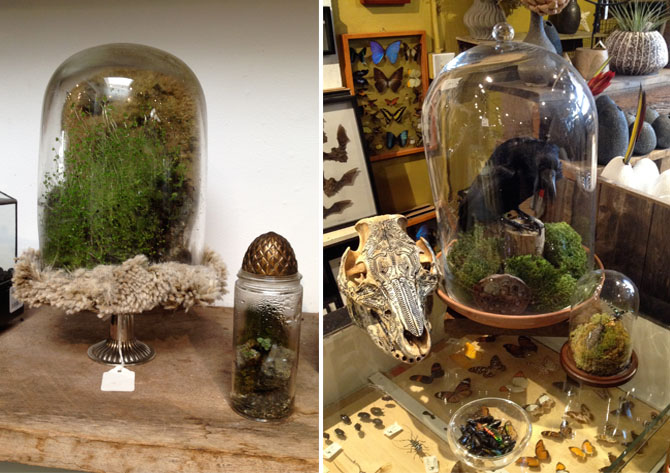 The smaller terrariums had, I think, been made from vintage parts of old oil lamps, with glass jars mounted onto metallic stems. I’m always seeing vintage oil lamps going cheaply in junk shops, this might be a fun way of using them. Paxton Gate have been making terrariums for a while, the store even does maker classes if you happen to live in the US.

There’s clearly a bit of a terrarium moment going on as over at trend forecasting site LSN: Global, I spotted a report on RCA student Alicja Patanowska’s Plantation project, a modern take on the terrarium which attempts to offer a new use for discarded glass and make you look more closely at how nature works. Pictured below, it’s rather lovely, don’t you think? 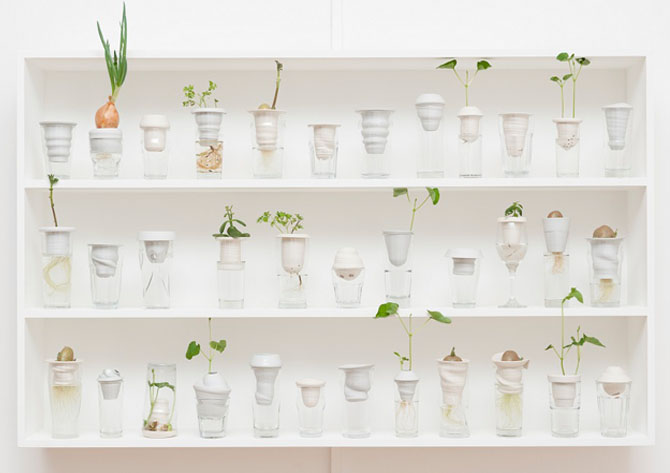 Back at Paxton Gate, the terrariums had a more ‘junk shop chic’ styling, which is much more me

Love the brass door handle stopper on the right hand terrarium below. 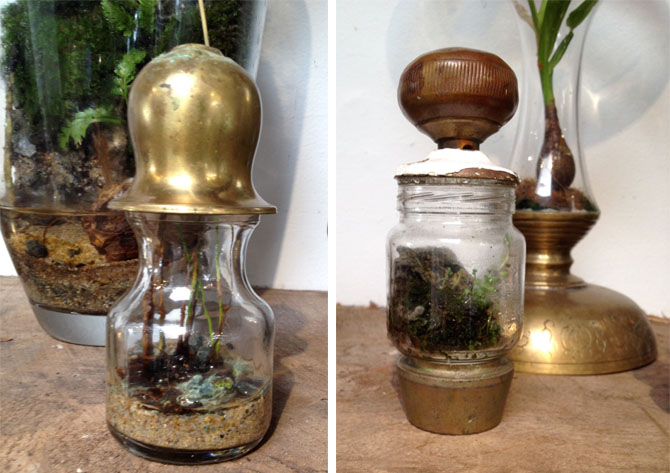 And then instead of a wall mounted deer head, those that don’t fancy dead animals in the house could go for a wall of mounted stag horn ferns grown on moss. Does this count as vegetarian taxidermy? 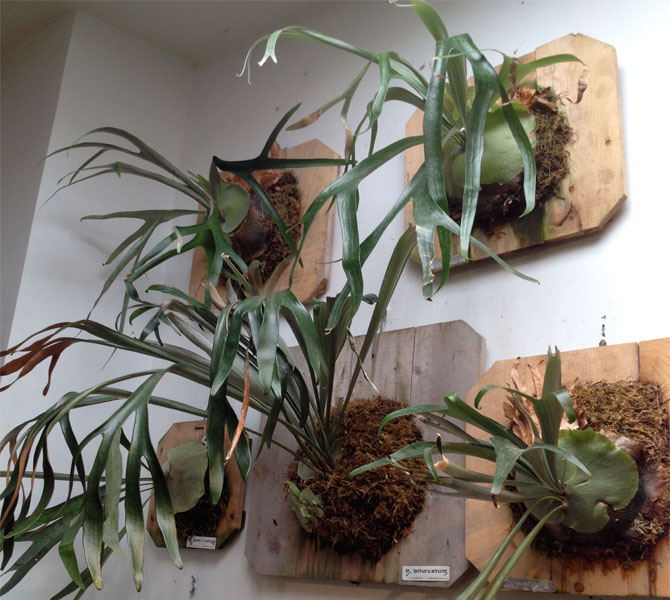 The wooden wall mounts look quite easy to construct if you fancied doing it yourself. 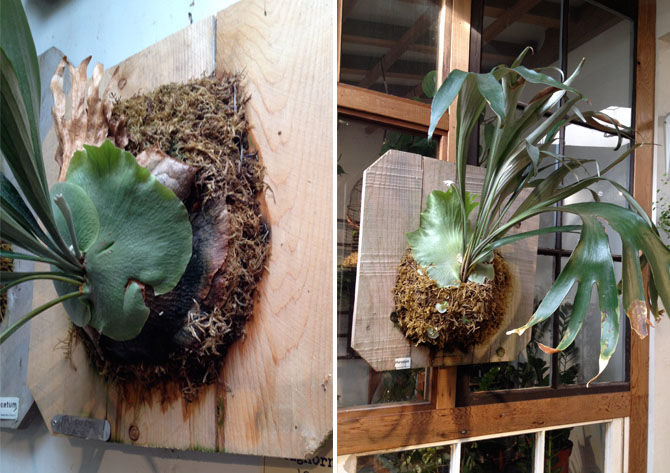 For those of you lucky enough to live or be visiting San Francisco, Paxton Gate is on 824 Valencia Street in the Mission district. Now excuse me, I’ve just got to pop to the garden centre….

Carole White is a name that might ring a bell. She was the one that told the European Court of Human Rights, that Naomi Campbell might not have been telling the whole truth about those blood diamonds. She’s also in…