If you have a couple of hours to spare this weekend and you live in or are visiting London, try and pop into the Roundhouse in Camden to see the Ron Arad Curtain Call art installation that features digital work from some of the most interesting artists around. The art is projected onto a circular curtain of plastic strips that looks like a smarter version of the hanging plastic curtain my nan used to put on her back door during the summer to keep the flies out. This one is a bit more sophisticated, being sleek and white and surrounds you as you sit (on the floor, take something soft to sit on, some of Mr Arad’s chairs might have been nice….just saying) watch and listen to a series of short films/art pieces done by artists such as David Shrigley, Hussein Chalayan, Christian Marclay and SDNA, amongst others.

It is surprisingly engaging, the whole loop last for two hours and I could have easily sat and watched it all, but we stupidly didn’t give ourselves enough time. My favourite pieces were Mat Collishaw’s Sordid Earth, an apocalyptic Brazilian jungle scene featuring giant, beautiful-then-hideous orchid flowers that deteriorated during a thunderstorm of rain and flies. The storm sound was particularly atmospheric and Collishaw is doing a one night only showing of his film with a live sound track of 20 Brazilian drummers on Tuesday 9th Sept, which would be worth a visit.

It was also mesmerising watching Ori Gersht’s Offering, where a bullfighter is observed calmly dressing for a fight, with all the rituals involved in donning his elaborate, specifically designed costume. He has stockings, long socks, decorative ties on his trousers, a shirt which is carefully folded and tied into his corset to ensure his skin-tight silhouette remains sleek. All this is cast against the sound of a very angry caged bull just before his release into the arena. The gentle swaying of the giant curtain as visitors come and go just adds to the textural experience.

Curtain Call is on until 29th August, check out the website for full details. You can also watch it live streamed here although at the time of writing this it is showing the installing period rather than the live feed. 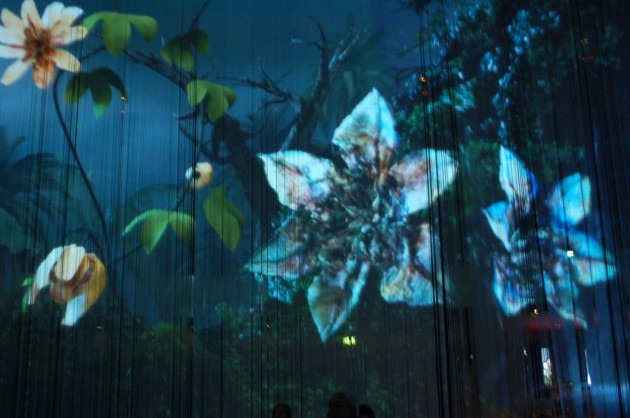 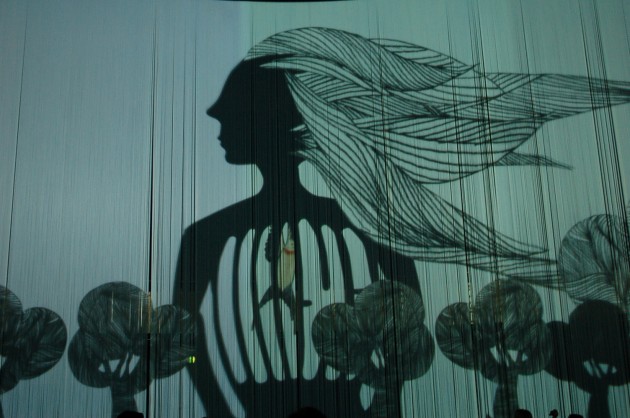 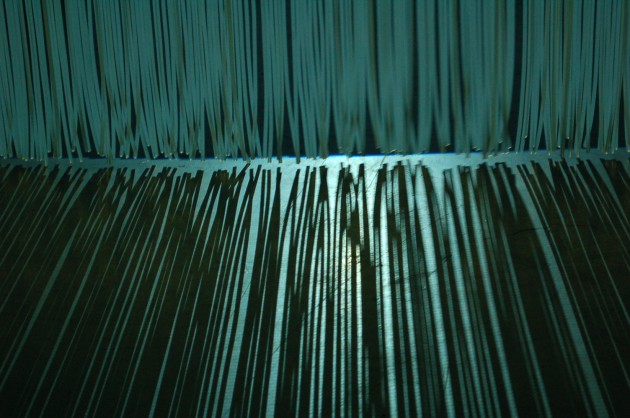 Our guest blogger Elena Bowes is a friend of the super-stylish, grown up retailer Isabel Ettedgui, so when she asked if we’d like an…