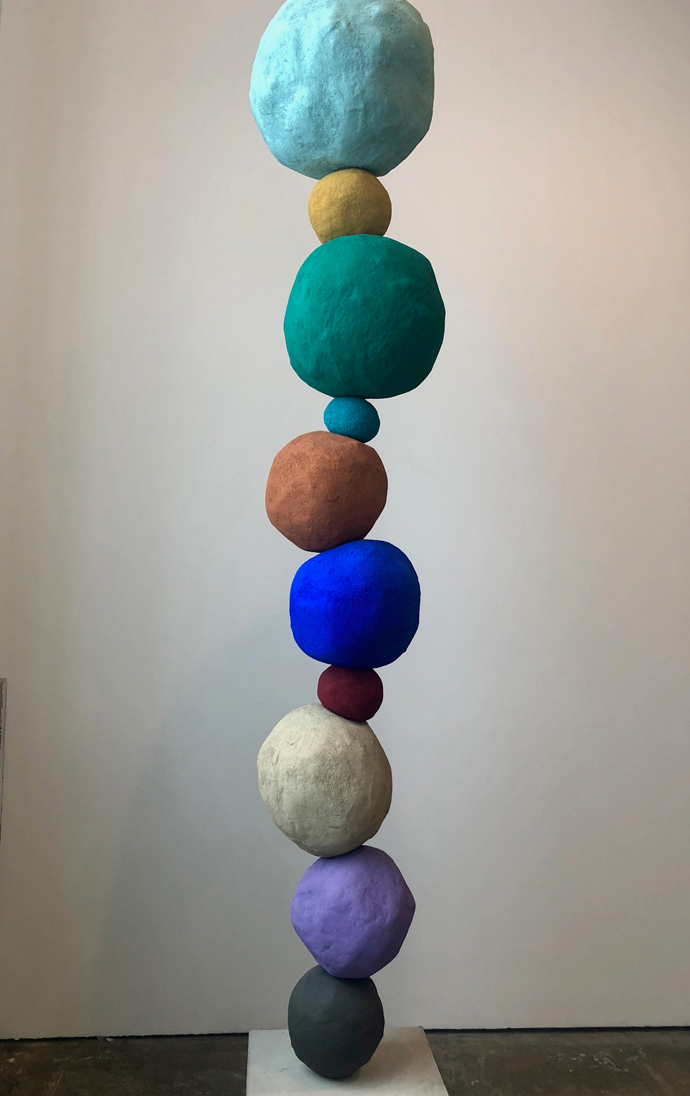 There are easily a dozen paintings in Victoria Miro’s latest sensational show Surface Work that I wanted to smuggle home. Over 50 female abstract artists from across the globe over the past century are shown in this stunning, historical glimpse at what women painters were creating while names like Kandinsky, Pollock and Rothko were stealing the headlines.
The show’s title comes from the late abstract expressionist Joan Mitchell, who said

“Abstract is not a style. I simply want to make a surface work.” The earliest work was made in 1918 by Liubov Popova, a commanding figure in early Abstract Expressions. She was born in 1889 in Russia, showed with Malevich at the age of 26 and died of scarlet fever in 1924, aged 35. I want!

The latest work in the show was made this year, by Brazilian artist Adriana Varejão (b. 1964). 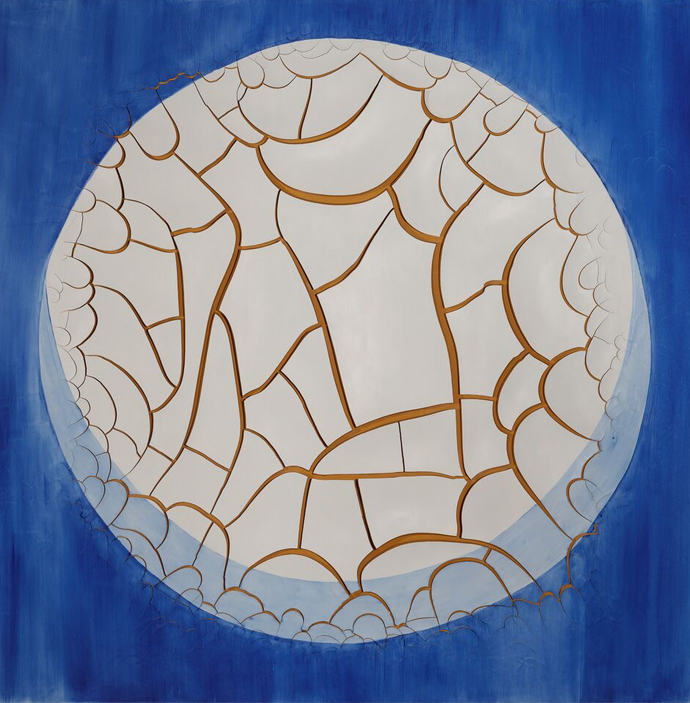 Azulejão (Moon) is one of Varejão’s celebrated ‘cracked tile’ works reference the history of Portuguese Azulejo tile work and the disturbing legacy of Brazil’s colonial past.

Take African-American activist and artist Betty Blayton (1937-2016) who championed the arts in Harlem and was a founding member of the Studio Museum in Harlem (which is currently getting a massive new David Adjaye-designed headquarters). 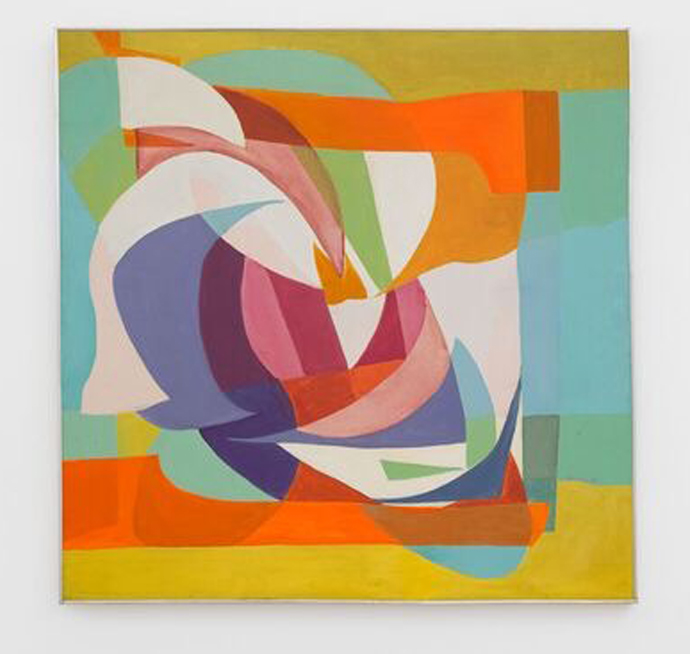 Alma Thomas’s (1892-1978) untitled painting below was painted in 1971 and inspired by the Apollo moon landings. Thomas was the first African-American woman to receive a solo exhibition at the Whitney Museum of American Art, New York in 1972. 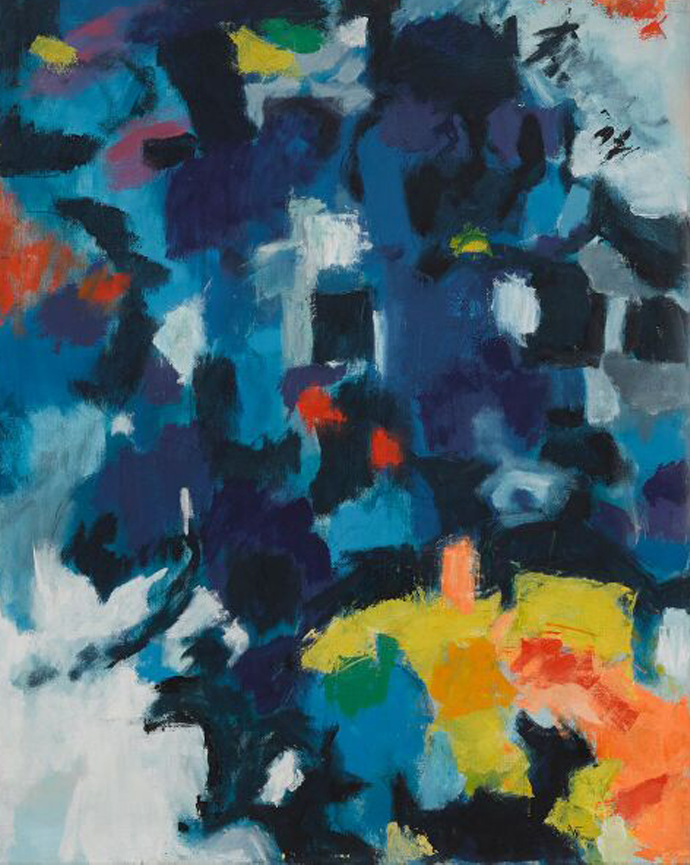 I love reading the snippets about these artists almost as much as looking at their work. British abstract artist Sandra Blow (1925-2006) used things like tea, sawdust and sackcloth in her work. American Howardena Pindell (b. 1943) opted for glitter, talcum powder and perfume. Japanese-Brazilian Tomie Ohtake (1913-2015) painted while blindfolded. Bay Area artist Jay DeFeo (1929-1989) is best known for her painting The Rose, a one-tonne, ten foot tall painting made up of layers and layers of oil paint applied to canvas. It was so heavy that it had to be removed from her apartment by a forklift truck. 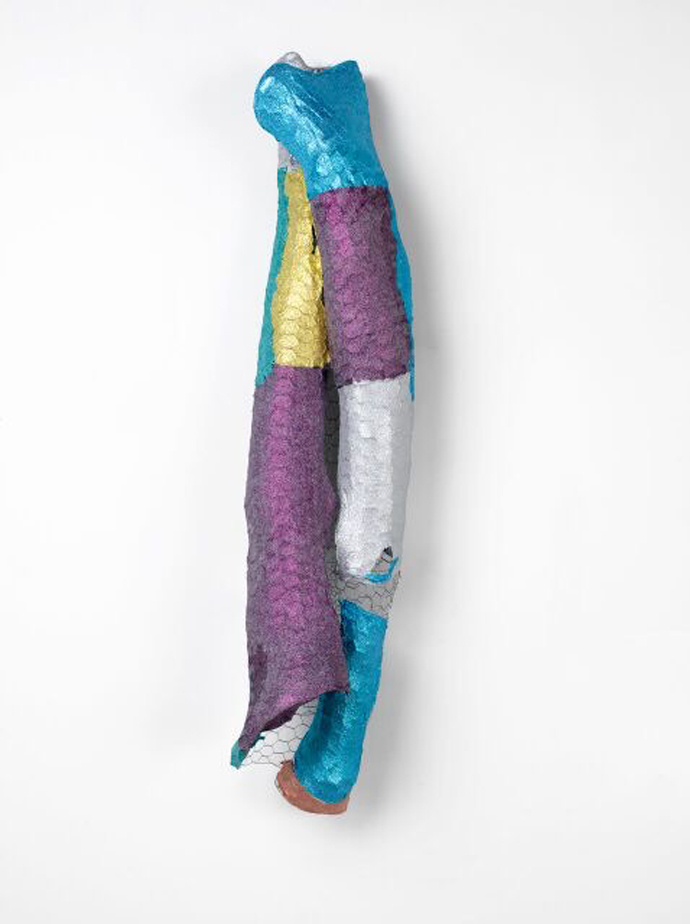 Victoria Miro’s Wharf Road space shows the younger, more affordable artists. Run, don’t walk to Hoxton as this show closes May 19th and not all of the glorious works are sold, like this exuberant work from relentlessly inventive British painter Fiona Rae (b. 1963)… Fiona Rae Sleeping Beauty Will Hum About Mine Ears 2017

Rae is a Professor of Painting at the Royal Academy Schools, one of the first two female professors since the Academy was founded in 1768. Of this work, she says:

“I’m inventing characters… who exist only as abstract paint marks, but who might be wearing crowns, clouds, arrows, dresses, shoes, hats, feathers, stars… I think of these paintings as having a relationship to the way one presents oneself to the world; the way one might use costume and props as bits of language to hang off the body.’

Hungarian-American Rita Ackermann (b. 1968) painted the below. I love the whirlpools of pink and red. 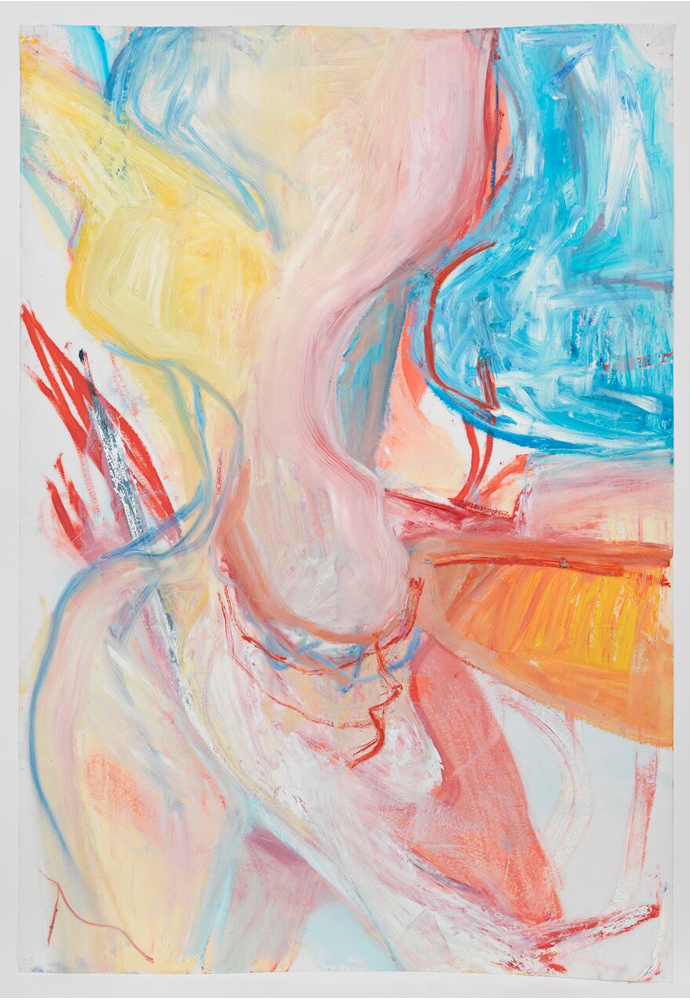 As Helen Frankenthaler (1928-2011) once said, ‘A really good picture looks as if it’s happened at once. It’s an immediate image.

More from Elena on her own excellent travel blog here.  More on Surface Work at Victoria Miro here