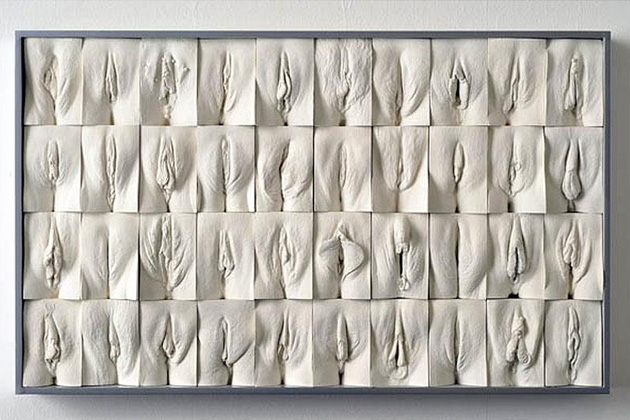 Ever since I watched a documentary on women who have labiaplasty to make their vaginas ‘look nicer’, I have been fascinated by the idea that some women think this is a cause for anxiety.

Artist Jamie McCartney has addressed this subject, with his work, The Great Wall of Vagina, which is made up of 400 plaster casts of vulvas belonging to women all over the world, aged from 18 to 76. McCartney hopes this celebration of female genitalia will help to combat the recent rise in cosmetic labial surgery as he thinks the fashion for creating ‘perfect’ vagina as a worrying trend for future generations of women. He sees his work as a way to make the sexual nonsexual and a chance for the viewer to stare without shame.

The exhibition runs from the 8th of May until the 2nd of June at the Hay Hill Gallery in Mayfair.

The word is once again being used to make an impact with an interesting new blog that launched in February this year. 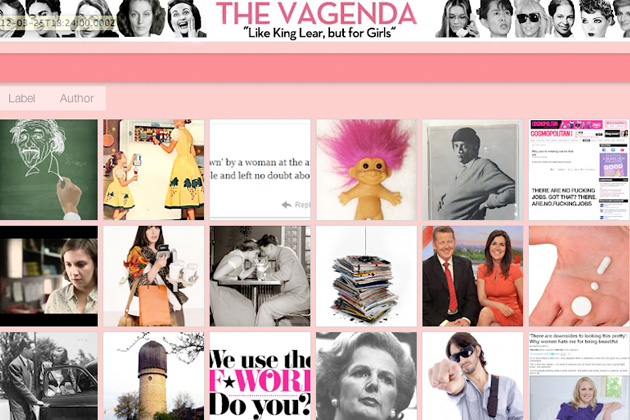 The Vagenda describes itself as ‘Like King Lear, but for girls” and is at the forefront of a young feminist movement that is satirical, sharp, very funny and not afraid to say what they think.

Founded by ten London based anonymous female writers –  many who write for mainstream women’s magazines – their dream is to be an online feminist private eye. Presenting a counter culture to the likes of Grazia and Cosmo, they highlight the unrealistic aspirations and stereotypes of contemproary womens magazines.

“We felt alienated by the contents of women’s magazines. We’re not trying to make women feel stupid for buying these magazines – we buy them too – we just want to make them think about the content a bit more.”

Caitlin Moran, author of How to be a Woman is a key influence on this new breed of feminist, who think it’s important to include humour in their agenda. “Caitlin Moran had a different take on feminism, which wasn’t alienating and was light reading – that isn’t a bad thing”.

It’s interesting to see more and more of these blogs and websites become increasingly popular. Sites such as The Hairpin and Jezebel focus on interesting content which still includes beauty and fashion, alongside more serious features. They present a witty, inspirational, but realistic view on what it’s like to be a woman and are proud to call themselves feminists – it’s about time!

Come on mainstream magazines – keep up!

The Great Wall of Vagina and The Vagenda

We are VERY excited about going to the Selvedge Spring Fair today, the love child of World of Interiors crossed with the W.I (well in our vivid imaginations anyway). We’re going, if you are too follow us on Twitter and…