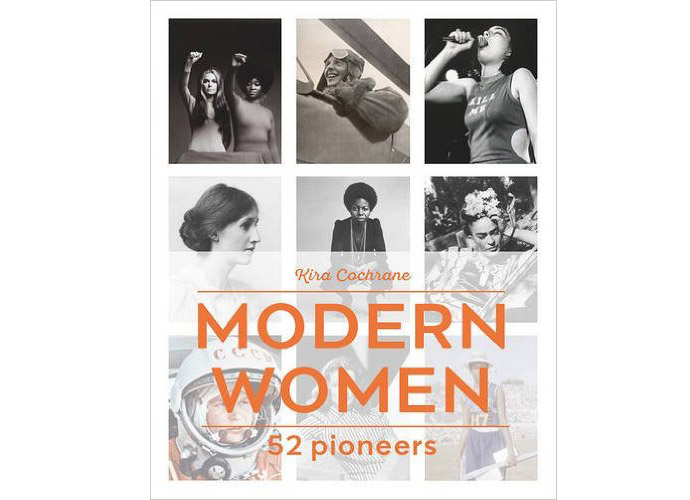 It’s International Women’s Day today, March 8th, and in case you’re feeling -like us- that it doesn’t seem like we have much to cheer about at the moment, can we recommend an excellent and uplifting new book to strengthen our resolve?

Kira Cochrane, who is opinion editor of The Guardian, has written a book which should be compulsory reading for all teenage girls (and boys), to remind them that they can do and be anything. Modern Women, 52 Pioneers is a look at 52 amazing women who achieved exceptional success in their field, battling against sexism and racism, often putting themselves in danger. If you are having a bad day, dipping into any of these remarkable stories will uplift you and fill you with a determined ‘if they can do it, so can I’ attitude. 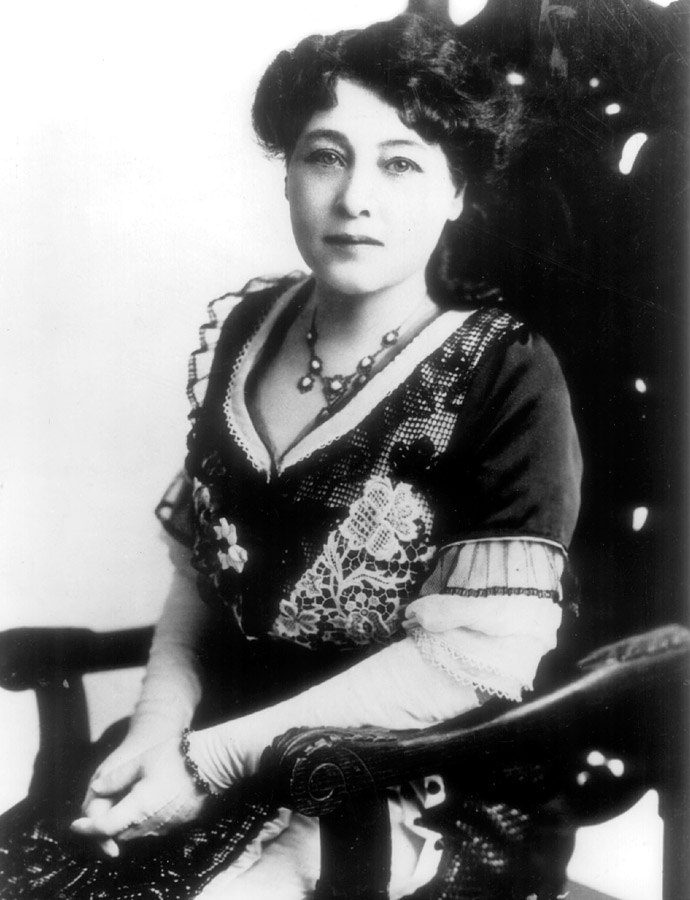 Depressingly, I’d never heard many of these women’s stories. Who is it who decides that women in history can be edited out? Why, for example, had I never heard of Alice Guy-Blache, a film director who was one of the first people ever to use narrative in film. Apparently women were at the forefront of Hollywood in its early days, something that is not immediately obvious when one talks ‘movies’ today. 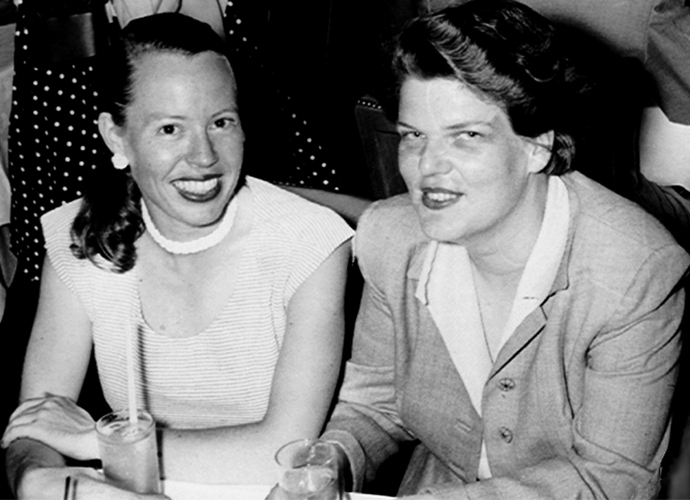 And the brave and bold Del Martin and Phyllis Lyon, lesbian activists at a most dangerous time in the US in the 1950s, where Senator McCarthy’s witch hunt created an atmosphere of hysteria and suspicion around being gay. Some parents even sent their daughters to psychiatric hospitals to top them being lesbians. Yet Del and Phyllis started the first US lesbian social club, Daughters of Bilitis, and campaigned for both gay and feminist rights throughout their lives, becoming the first gay couple to marry in San Francisco. As a special treat, the publisher Frances Lincoln has given us the full chapter on Del and Phyllis for us to enjoy, I’ve added it to the bottom of the post.

From Elizabeth Garrett Anderson’s story on being the first female doctor in the UK, to Mary Wollstonecraft, (1759-1797), one of the first women to support herself by writing, the book is packed with women in history we should know about. There are also modern day pioneers included, such as Nora Ephron and Nina Simone, as well as women who should be on the educational curriculum but probably aren’t – such as Jayaben Desai and Sophia Duleep Singh. It’s an inspiring and essential read. Buy here.

In the first issue of the lesbian magazine The Ladder, Del Martin wrote that ‘nothing was ever accomplished by hiding in a dark corner’. The words proved prophetic for her and her great love, Phyllis Lyon, who dedicated their lives to gay rights in a truly perilous era.

Martin was writing in 1956, during a decade in the US which the writer Lillian Faderman has called ‘perhaps the worst time in history for women to love women’. As Faderman describes in her book Odd Girls and Twilight Lovers, Senator Joseph McCarthy’s communist witch hunt had been broadened to target gay people, and an atmosphere of intense suspicion and paranoia prevailed. There were police raids not just on gay and lesbian bars but on private parties too; people applying for ‘sensitive’ government jobs had to undergo a lie detector test regarding their sexual orientation; the women’s army corp began using a verbal test for recruits, designed to weed out lesbians, which included the question ‘do you envision sucking a woman’s breast?’; and in 1955, the dean and assistant dean of students at the University of California, Los Angeles, co-authored an article recommending gay students be forced to leave college if they refused to commit to changing their sexuality. Some parents sent lesbian daughters to psychiatric hospitals, and very few gay people felt secure in their jobs. Many underwent ‘front’ marriages, marrying someone of the opposite sex, to divert suspicion.

It was not, in other words, an atmosphere in which anyone would have felt especially confident about starting a lesbian social club. But in 1955, Martin and Lyon became co-founders of The Daughters of Bilitis, the first lesbian organization in the US, and soon began organising for gay rights. (Bilitis was a fictional lesbian contemporary of the poet Sappho, who appeared in Pierre Louÿs’s 1894 poetry collection The Songs of Bilitis.) The group started secretive and small – as Lyon reflected years later, there was no way they could advertise in that punitive era – but their magazine The Ladder built up 500 subscribers, who shared it with friends, and chapters began from Chicago to Cleveland, Detroit to Denver. Daughters of Bilitis stressed to members and subscribers that their names would stay safe, out of the hands of the authorities – not realising the group had been infiltrated by informants, who were passing information to the FBI and CIA.

Martin and Lyon met in the early 1950s as journalists on the same trade newspaper in Seattle. At that stage Lyon had never heard the word ‘lesbian’ and was fascinated when Martin declared, in a bar one night, that she was one. They became friends, and when Lyon was preparing to leave her job at the paper, their relationship changed. ‘What I always say is that we were sitting on the couch in my apartment,’ Lyon told writer Laura Barton years later, ‘and she

made half a pass at me, and I had to make the other half, and then we had sex that night for the very first time, which was very interesting, and certainly very different than I had been used to with men. And more fun I think.’

On Valentine’s Day in 1953, the pair moved into an apartment in the Castro district of San Francisco, and their extraordinary activist careers began. They helped found the Council on Religion and the Homosexual in 1964, which organised against discriminatory laws, and in the early 1970s they started working with the Alice B Toklas Democratic Club, which campaigns for political candidates who are supportive of gay rights.

They also became involved with the feminist movement. Martin was the first open lesbian elected to the board of the National Organisation for Women (NOW), at a time when one of its founders, the highly influential writer Betty Friedan, author of feminist classic The Feminine Mystique (1963), considered gay women ‘the lavender menace’. (Friedan went so far, writes Faderman, as to announce in The New York Times in 1973 that lesbians were part of a plot to discredit feminism, and had been sent to infiltrate the movement by the CIA.) Thankfully, other feminists were more open-minded, and Lyon and Martin encouraged the passing of a NOW resolution in 1971, which recognised lesbian rights.

The pair spearheaded a successful campaign for homosexuality to be removed from the American Psychiatric Association’s roster of mental illnesses in 1973, and wrote books together – Lesbian/Woman (1972) and Lesbian Love and Liberation (1973). Martin also wrote Battered Wives (1976), an analysis of misogyny and domestic violence.

But perhaps the most visible of all their activism came in their later years, as part of the drive for equal marriage. In February 2004, the pair were the first gay couple to be married in San Francisco, after the mayor ordered the city clerk to start handing out same sex marriage licenses. When the mayor’s decision was overturned by the California Supreme Court, exactly six months later, and their marriage was voided, Martin and Lyon became plaintiffs in a series of lawsuits which led to the ban being overturned. In June 2008, when Lyon was 83 and Martin was 87, just two months before Martin’s death, they once again became the first gay couple to be married in San Francisco, making manifest the feminist slogan ‘the personal is political’ in one last perfect moment of love and activism.

Extract from Modern Women: 52 Pioneers by Kira Cochrane. Published by Frances Lincoln, an imprint of The Quarto Group (£20).

Sooo… After months of fiddling about and sniffing more fragrance than is good for a girl, project perfume is finally here….We Wear Perfume is…