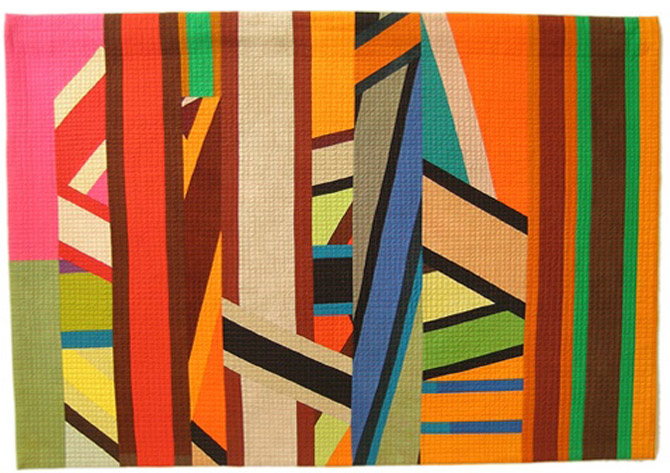 Nancy Crow is an artist who happens to use quilting as her means of expression. As a by-product of her success she has dragged the often nightmarishly twee world of patchwork quilting into a new era, one where artistic aspiration is not only possible but necessary. At her V&A talk last night, she talked us through her thought process and method of work and it’s exactly the same as every artist I know.

I can’t help thinking that if Nancy was a man, the quilts would have been on show at Frieze Art fair this week, probably shown alongside the Grayson Perry tapestry at Victoria Miro’s gallery. Edgily dressed people from the art world would debate the meaning behind her bold works and discuss the merits of her dramatic but grid-confined early work to the fluidity of her later free-formed piecing. But because it’s quilting, we immediately reference a world of silver-haired sewers who are judged as  gifted craft women rather than serious ‘artists’.  I know Tracey Emin has worked in quilting, but even she struggled to have it taken seriously.

Instead Nancy works away at her art in her studio barn in the US where she dyes her own fabrics to get the perfect, super-saturated colours she demands and teaches aspiring quilters how she does it, only no one quite does it like Nancy. She gave an engaging talk, describing how she takes photos constantly to ‘stop herself feeling dead’ and pushes herself on to new areas -she’s currently experimenting with mono prints. I asked her why her work wasn’t shown in more art galleries ‘Well I’d sure like to see my work in more galleries, butI haven’t got time to do all that stuff, I’m too busy making it’ she said.

The Knitting and Stitch show is on at Alexander Palace until 14th October, showing Nancy Crow’s curated exhibition of other quilters’ works Colour Improvisation, after which it moves to the Royal Dublin Society Knitting at Stitch show in Dublin Ireland, on November 1-4. Check out Nancy’s website for more on her work 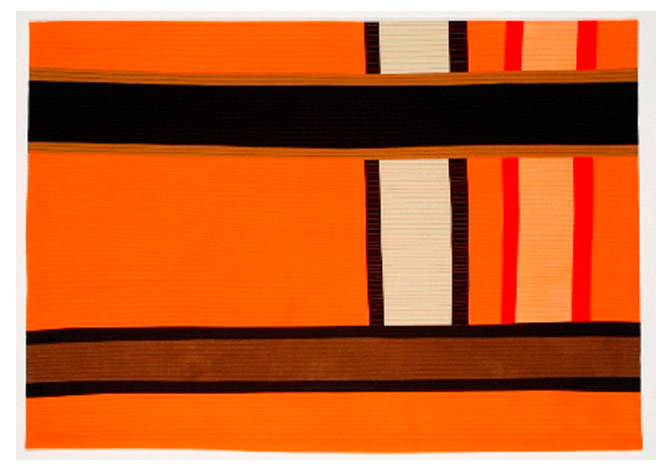 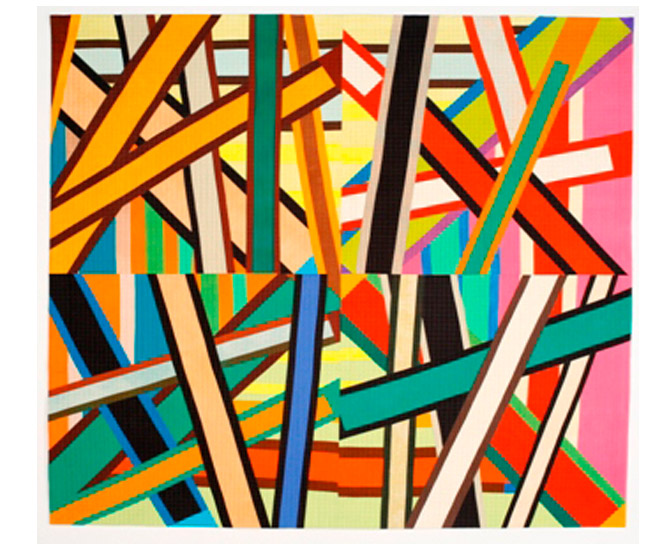 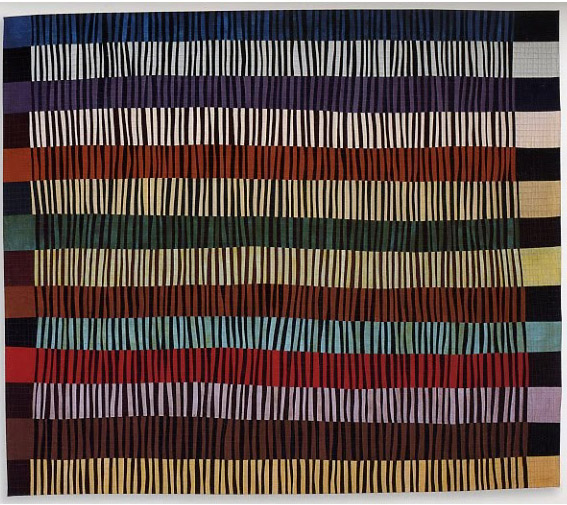 Last week we were invited to the amazing Dennis Severs house in Spitalfields, to an event curated by the lovely Kate Evans, owner of…