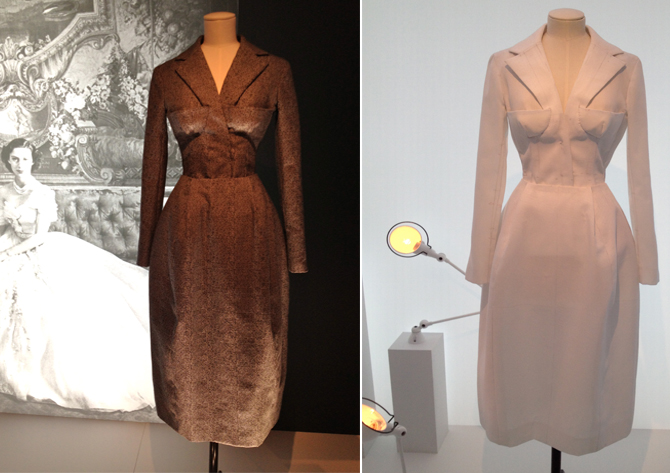 I’m afraid to say we dropped the ball on this wonderful exhibition So Dior, of Dior clothes, perfume and accessories at Harrods, which finished yesterday, by not mentioning it when it first opened. If I hadn’t read Disneyrollergirl’s fabulous post on it last week reminding anyone who hadn’t been to it to down tools and head over to the department store immediately, i would have missed too. Apologies, people. The least I can do is show you around my pictures…. Luxury brands are falling over themselves to talk about their brand heritage at the moment, you may remember Hermès Forever Leather and the Galeria Loewe store. This exhibition shows off the craft behind the brand and the best bit for me was seeing the actual haute couture toiles -the calico first-versions of the clothes, complete with pencil marks where the alterations need making and all the malarky that goes on with a first fitting at the Dior atelier.

If you’ve been watching The Great British Sewing Bee you’ll get the picture, what do we all think of that by the way? Are we all wishing Patrick Grant had been our needlework teacher (did you know he’s Katie Hillier’s boyfriend, lucky girl).

Only once the pattern is perfect does it gets made in the right -fabulously expensive in this case -fabric. The top image demonstrates the toile on the right and the finished dress on the left. All the toiles on display looked impossibly tiny, clearly fat women don’t buy couture. 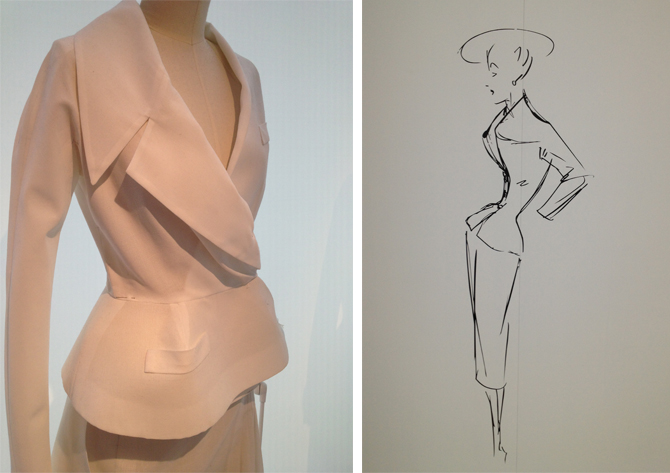 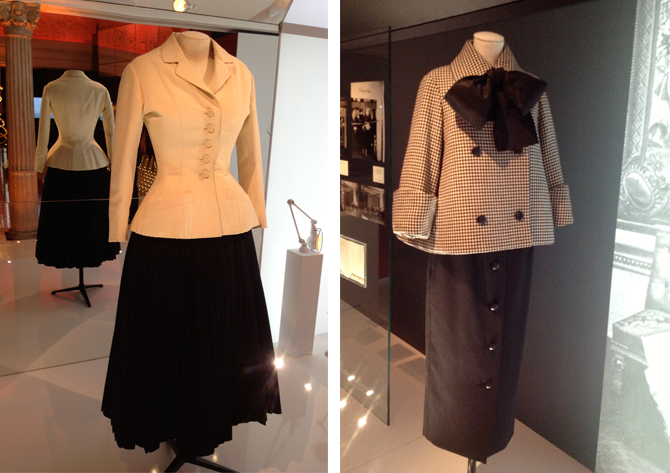 There were some beautiful heritage Dior dresses and suits on show, as well as the Duchess of Windsor’s red velvet slippers, below right. Below was my favourite dress, a ghost of a thing that appeared to float in its glass case like an apparition, the entire dress was embroidered with exquisite tiny flowers and crystals and must weigh more than Natalie Portman, who wore it for the Miss Dior perfume advert.

I skipped around the show at speed, but managed to get caught in the Lady Dior room -which paid homage to the Princess of Wales and her role as a Dior ambassador – while Lady Raine Spencer was being shown around. You can see her (in the fur hat) in the top left corner of the below left photo. Lady Spencer, who you will remember was Diana’s step mother, looked in great shape (I had to check with staff that it was her as I had rather thought she had gone the way of Mrs Thatcher, but no!) She is on the board of Harrods and even works in Mens Ties occasionally, presumably when sales need a lift…who knew? 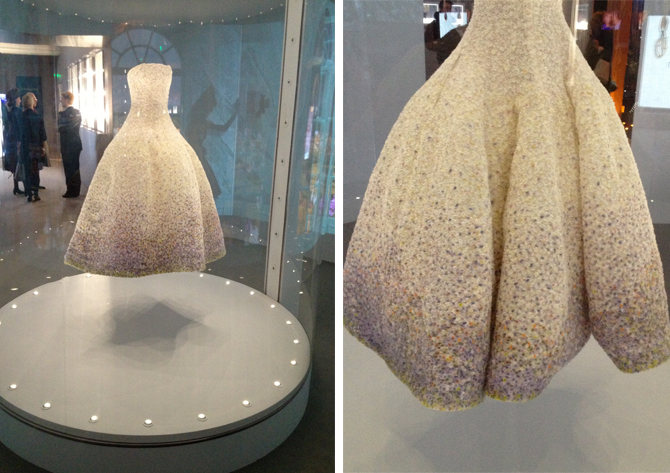 Christian Dior’s perfume successes started in 1947 with Miss Dior, there were some highly covetable perfume bottles on display, including some that were given there own mini handbag-style boxes….no mention of the price. No mention either of John Galiano, until recently Dior’s head designer until things went horribly wrong in that Parisian cafe, but we can hardly blame the brand for not wanting to talk about that. Not all heritage is good. 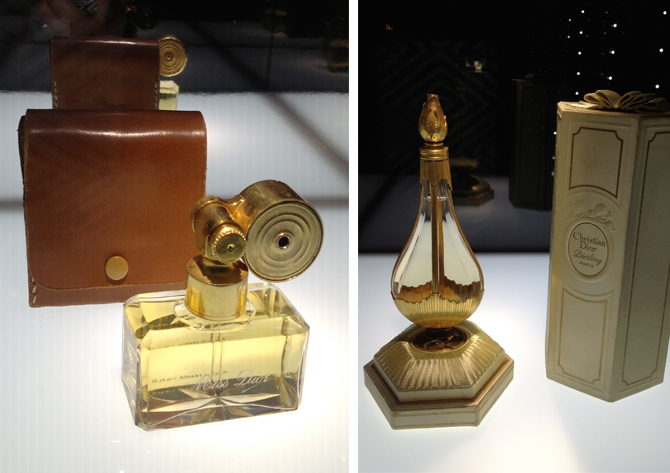 I’m sorry we didn’t mention this sooner so you could have seen it yourselves, but it’s been a busy month. Since there was ample opportunity to buy exclusive beauty goods and bags, perhaps we saved you money, so lets go with that. 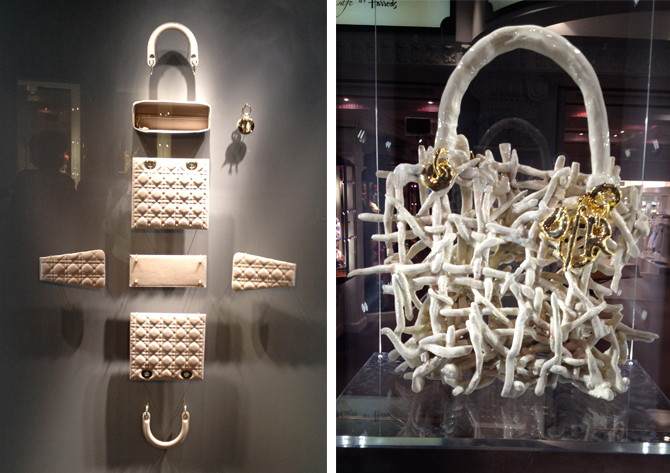