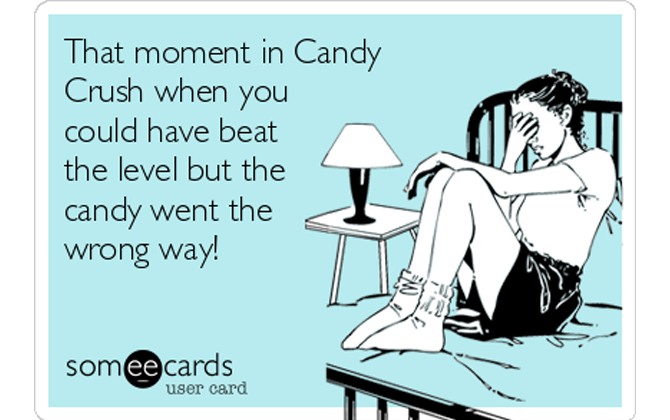 It all started innocently enough, a casual remark made by a work colleague, which I didn’t really engage with. Something about a new game they had downloaded on their phone – whatever. Not for me I thought, I’m too busy for such stuff. But before long it seemed like the whole office was comparing levels and discussing tactics . Never one to miss out on a trend, or to let the young ones lead the way, I downloaded the app to see what all the fuss was about. What was this Candy Crush thing?

The only games I had previously engaged with, were Tetris  – highest ever score when I was 7cm dilated, #justsaying – and Temple Run, which I eventually tired of, as it had no end. You just ran and ran and eventually fell off a cliff, or the gorillas got you (please stay with me, I promise this will get interesting!), so it seemed pointless.

The first couple of times I tried Candy Crush it was all a bit haphazard, I crashed around willy nilly, hitting anything and everything, with no idea what I was supposed to be doing. But there was something about it I liked. It was brightly coloured (always a plus for me) and said positive things like “Sweet” and “tasty” and “delicious” when you reached a new level. It basically appealed to my inner teenager and was like a fabulously modern version of Tetris, but with sweets – what’s not to like.

I started to join the work conversations about levels, but the early adopters were way ahead of me and I could see things were getting serious! There was a certain anxiousness about the way they talked about level 65 and a couple of them were late in the morning as they had missed their stop on the tube. I laughed in a nan type way – honestly these young uns, they take things so seriously, it’s only a bit of light relief – or so I thought.

As I progressed up the levels, things got more interesting, the sweets evolved and changed colour, the levels of jelly got harder to conquer and they started introducing new things like fruit and chocolate. This was more like it and before I knew it, I too, was missing my missing my stop on the bus – and to be honest not really caring, if it meant I had a little bit longer on the game.

I stopped reading on my commute and had to make sure my phone was fully charged before embarking on a journey, as God forbid I should run out of battery. When it did, I developed a new tactic, I  simply swapped to my iPad, which meant a super big version of CC – OMG amaaazing!! Except for the time when I forgot I had been watching a film the night before, and the sound was turned up. Oh the shame of the loud hideous CC music – but hang on a minute – I glanced round the bus and almost every other woman was playing it too. We looked at each other and I swear there was a connection – like the way VW Beetle drivers do a hand sign! 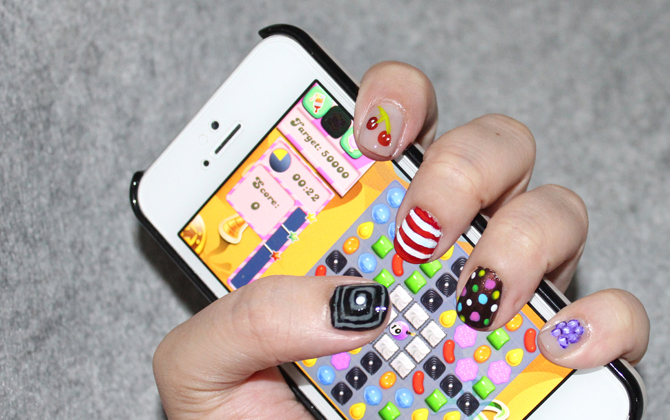 Before I went on holiday things were reaching worrying levels, I played on my way to work, on my journey home and as soon as I got in, alternating between my iPad and my phone. I even started playing it in bed and was seeing sweets before I went to sleep and craving them when I woke up. In short I was obsessed and in the way that addicts can do, I tried to entice others to join in.

Eventually (and I’m not proud of this) on holiday, I persuaded teen daughter to succumb. We spent hours comparing notes and texting each other from our rooms at night. “I did level 27 – yay!” “Well done, babes, I knew you could do it.” 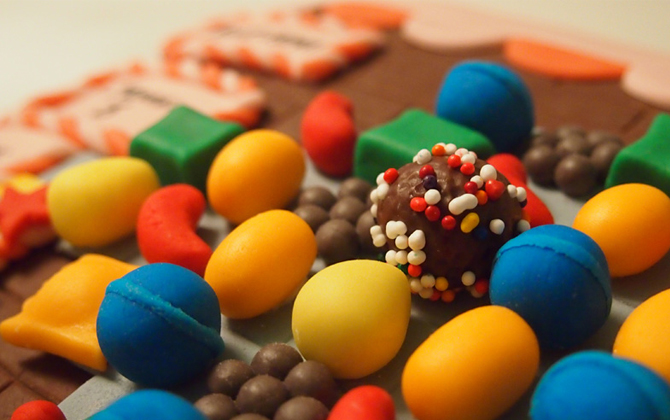 I vowed that after the holiday I would go cold turkey, no more hours would be wasted in the persuit of smashing sweets, I am 51 FFS, I should know better and I have a life – well I did! And it was only a matter of time before I started joining chat rooms and making Candy Crush cakes, or even worse playing on Facebook – the ultimate shame.

Yet still I played, that was until eventually after having spent two weeks (yes yes, I know) on level 78, I thought, enough is enough. So I looked up how many levels there are in total. That would be 365 – yes – that’s three six five people, which bascially means devoting at the least next year of my life to it!

This weekend there’s been a distinct autumn chill in the air and we’re sad, as it means that the end of summer is nigh. Not that it’s been the blistering barbecue one we were promised, but we have had fun…