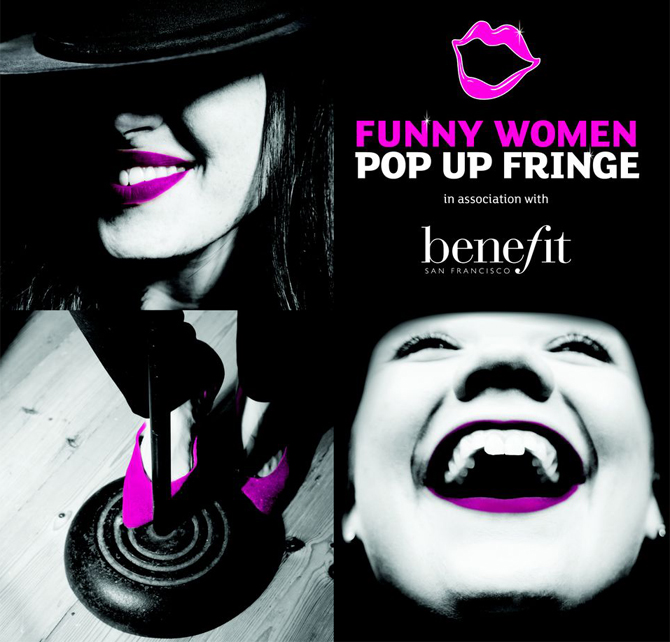 Funny Women at Edinburgh Fringe is sponsored by Benefit, what a great combination

I met Lynne Parker, founder of Funny Women last week at the Arianna Huffington Third Metric evening (more on this in a later post) and we got on splendidly.

I have at least one girlfriend who would have made a brilliant stand up comic, but back when we were deciding on what the hell to do with our lives, no one ever really thought comedy was a possibility as a career path for a girl. But with Funny Women, Lynne has created an amazing community, support group, workshops and annual awards which show it is indeed an option if you have the energy and drive.

Funny Women is at Edinburgh Fringe with Funny Women Pop Up Fringe, a fabulous schedule of gigs, workshops and events that you should absolutely check out if you are attending. And what if you fancy a mid-life career change into comedy, is it something Lynne would recommend? We asked her a few questions on what it’s like to be a female comedian….

Funny Women was set up by you in 2002 as a ‘knee jerk ‘reaction to working with a misogynist promoter, how bad was it?

I was told categorically by a male promoter who I was working with as a marketing and PR consultant, that there weren’t any funny women, even though at that time (1998/9) there were some extremely well established women on the circuit (Jenny Éclair, Jo Brand, Jackie Clune) juggling comedy careers and families. It was, and still is to a certain extent, a very blokey business! We’ve just found ways to deal with this and Funny Women has been a catalyst for change.

Since 2002 you’ve supported some amazing female talent, Sarah Millican, Viv Groskop and Susan Calman to name just a few and all the winners seem to do really well, how big a part does Funny Women play in getting them noticed? Is there much misogyny in comedy?

Success is about wanting it! Talent helps of course and women who do well in comedy have to be better than good. We provide a valuable helping hand along the way by getting them seen by the comedy industry at our Funny Women Awards heats, semi-finals and final. After that it’s down to their own ambition and energy to succeed – for every woman you’ve heard of or seen on TV, there is hundreds of other brilliant female performers out there waiting for their break into the big time. Susan, Viv and Sarah are excellent examples of talented funny women who went the extra mile to ensure their success by working non-stop, getting good management and making sacrifices that a lot of women are not prepared to make in terms of their time and energy. This level of recognition is paid for in sweat! 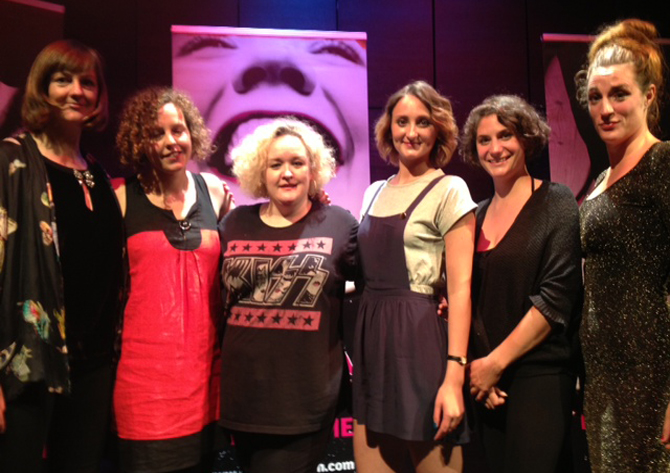 Winners of this year’s semi finalist heats, from left Rachel Gleaves and Becky Brunning, semi-final host Abi Roberts, and ‘wildcards’ that may go through to the final Bethan Roberts and Twisted Loaf

I love that the Awards you run are not just about performing, there’s a writers award and a Real Funny Women Award, which lets the public nominate ordinary women who are using humour to improve the lives of others, and it’s sponsored by Refuge, why did you include this category?

We recognise that for women humour is integral for getting through life and women use their ability to see the funny side all the time, its intuitive. We encourage women to write as well as perform, and vice versa. The two disciplines go hand in hand as writng is just a form of performance in your head. Honouring women who use humour in adversity is another way of acknowledging this as these women largely don’t make time for themselves as they are often too busy looking after other people.

And this year you are hosting your own venue as part of the Edinburgh Fringe, with a special bargain rate day pass! Who are you looking forward to seeing from your busy schedule?

I’m looking forward to all of it, of course! Couldn’t possibly have a favourite! Excited about having a kids show and a theatre piece in the mix.

If any of our readers are thinking about changing careers mid life, or maybe have always wanted to do comedy but got bogged down in something else, what would you tell them to do?

Our introductory workshops are a great place to start and we have two women already through to this year’s final of the Funny Women Awards who have taken part in workshops with us!
Watch lots of comedy – live if you can but television is great too. Check out old favourite programmes and observe how people interact with each other, stand up and sit coms. Loads of stuff on line too so instead of reading your book on the bus, check out YouTube clips.
Keep a journal, write stuff down as it happens, and particularly record anything you find funny. Don’t attempt to write it out as a script, notes are fine to keep everything bubbling along as ideas.
There are lots of good courses you can take if you get the bug – our workshops are a good place to start and we recommend various people to go on to for further tuition. My favourite is Logan Murray, Stand Up and Deliver. 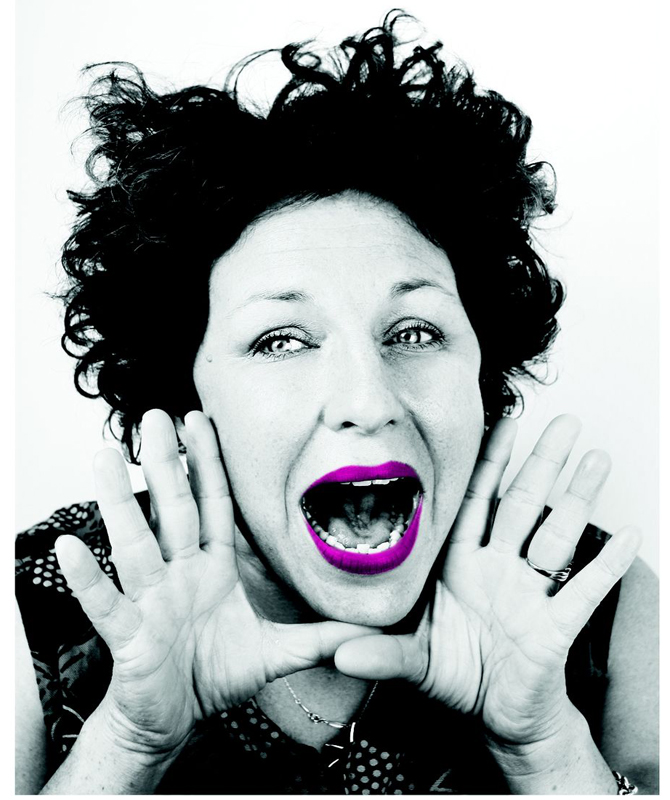 Just something to make you smile with your supper/ breakfast/ lunch, H&M’s Holiday film, Come Together, directed by Wes Anderson and starring Adrien Brody….