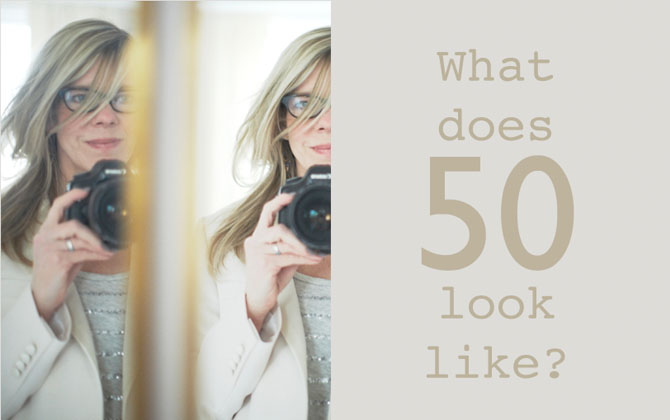 I came across Kristen Perers work at the Mirror Mirror conference last week and weirdly, as I was writing this post, she emailed me. Don’t you just love technology!

So I took the opportunity to ask a few questions about her project This is 50, which looks at growing older with style and grace. 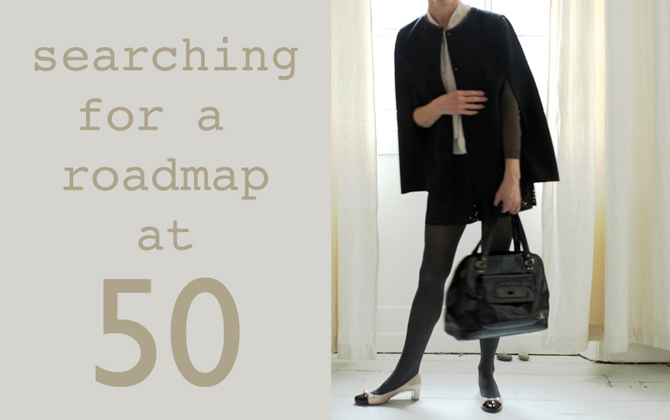 Tell us a bit about you and your background and how This is 50 came about?
I spent my teenage years in a small town on an island off the coast of Florida. My only access to the bigger world was movies and magazines. These resources offered an escape, a promises of what life would be like…… someday.  Something bigger, more glamorous, I’m not sure what these women in these magazines actually DID but they  looked and dressed like they were going someplace and I wanted to go with them.  That was the beginning – my imagination, dressing up box, sewing machine and a stack of magazines. These were my companions and role models. And as I approached 50 these ‘resources’, role models, fantasy and inspiration seemed to disappear.  I’d go to a movie and very rarely was the lead a woman near my age in fact very rarely would a woman in her 50’s appear on screen, billboard, magazine or tv. What had happened? Where were the 50 something leading ladies? I suddenly had no role models, was it time to grow up and get serious or did I need to look in other places?

What are your favourite representations of older women in the media?
My favourite image of an older woman, or shall I say the one that stays with me is the matriarch in Ingmar Bergman’s Fanny and Alexander, the scene when she is sitting piecing the family photographs together in an album, holding each persons photo like a card in a game. Arranging the stories for the next generation to take on.

I do love the Cole Haan ads – Made in 1928 – featuring octogenarian models.

Are there any brands/retailers that are getting it right style wise for us?
I love Margaret Howell. 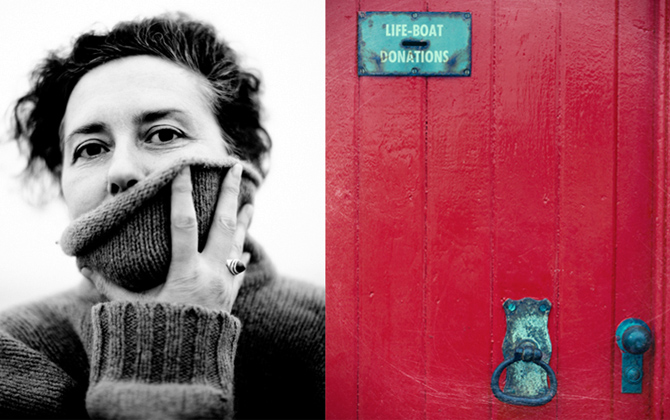 What sites/magazines/books/shops/people inspire you?
Magazines have almost all faded out of my life  … oh dear. I think now I go to the source of inspiration art, nature, people, food.  I love painting and paint a lot of my backdrops and pottery is a new interest – in fact I’ve signed up for a class. I love cooking and photograph a lot of food – so inspiring mother nature! Oh thats it – farmers markets –  inspiration each week from the people, colours, scents of Broadway Market, Columbia Road Chatsworth Road, Hoxton………

What kind of old woman would you like to be?
Ah what a great question…. I have to hold back from just saying ‘thin’ and dig a bit deeper! Alert, engaged and open, flexible in mind and body. 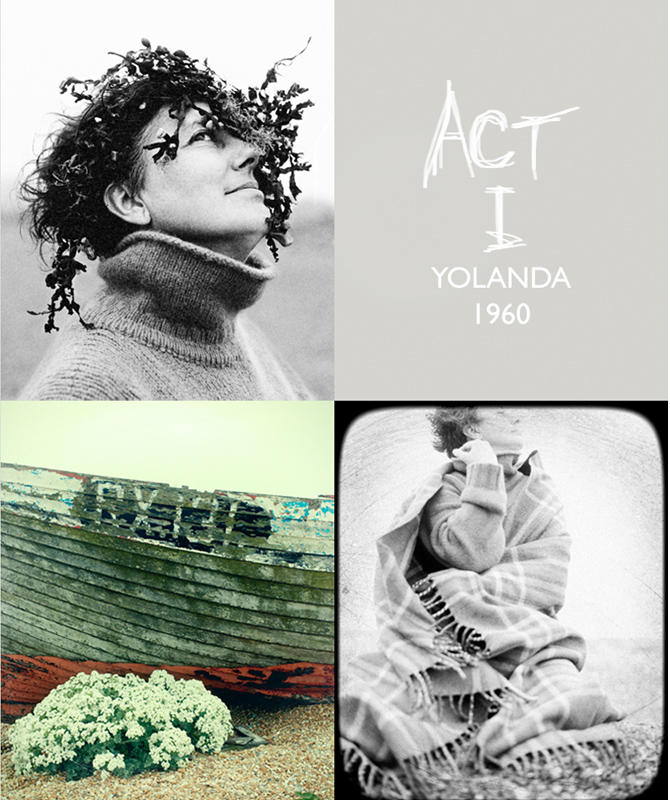 This is 50: A positive view of ageing by Kirsten Perers

Series 3 of Damages has now finished and middleagedad and I are bereft. Glenn Close as wickedly ruthless Patty Hewes has had us riveted to the screen for the last few weeks, mostly because of the storyline but also because…