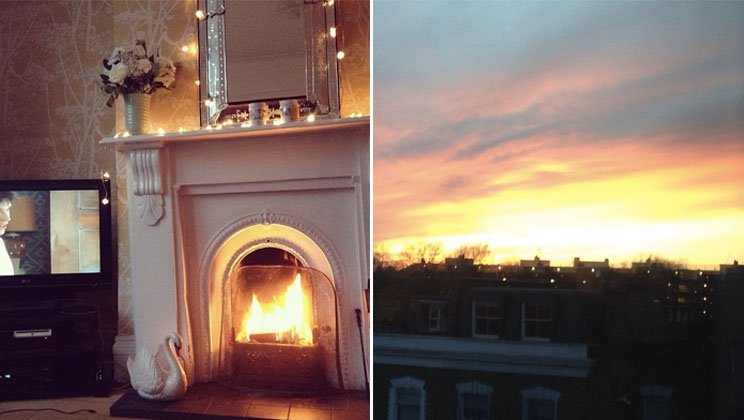 If the suns shines after the christmas and New Year celebrations it can lull you into thinking Spring is just round the corner, when actually the worst of Winter is yet to come.

I love Winter – even if it did go on far too long last year – and it makes me very cross that magazines start featuring Spring clothes before we’ve even taken the Christmas tree down. We won’t be talking about Spring clothes or Summer holidays for a while yet and instead of moaning about the weather and wishing we were hanging out in Barbados like everyone in the side column of shame, we are embracing the thought of the cold months ahead and finding reasons to remain cheerful.

#1 winter light – Be it from real fires, candles (I burn them constantly in Winter) or the very special sunsets you get in mid Winter. Stick Kate Bush’s 50 Words For Snow on your iPhone, go for a long walk at dusk, come back and light a fire and lots of candles and sit quietly. 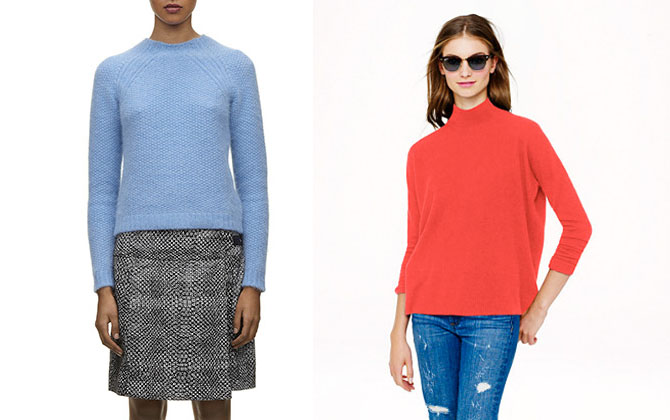 #2 Cosy Knits – Any excuse to wear Angora or Cashmere and I am coveting this Baby Blue angora number from Whistles, which is the most gorgeous colour and boxy shape. And the cashmere mock turtle neck in orange from J Crew can’t fail to cheer on a dull winters day.

Ok, ok,  I know they are expensive but trust me, as someone who rarely wears knitwear that isn’t angora or cashmere (get me!), I have done my research and these bad boys are worth it. Uniqlo cashmere may be cheap, but it’s cheap for a reason. 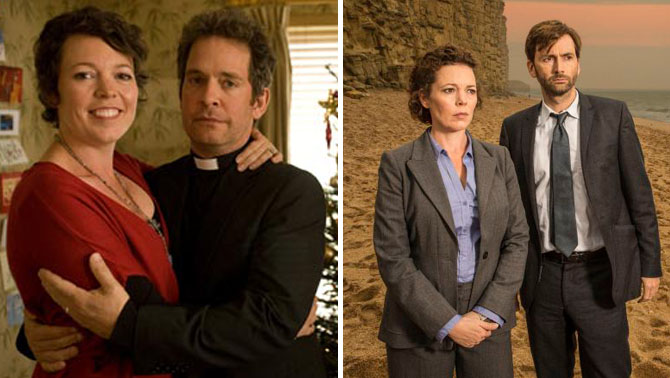 #3 Olivia Coleman – Anything with Olivia Coleman is going to be good and she’s back with a new series of Rev and Broadchurch. She also appeared alongside David Morrissey and Sheridan Smith last night, in the first part of 7.39, a drama written by One Day author David Nicholls. You can watch it here. 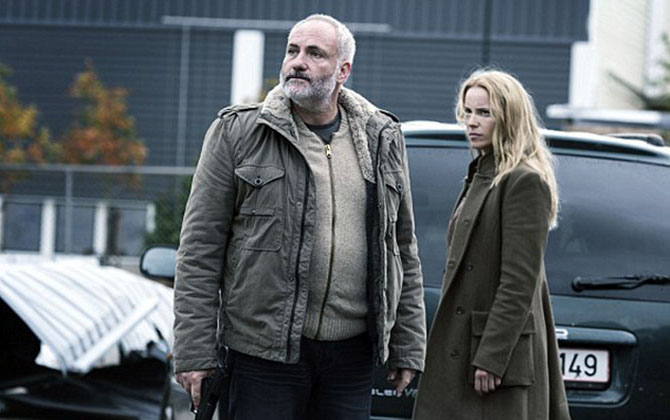 #4 The Bridge – That’s Saturday nights taken care of then. Season 2 started last Saturday and it was like Saga and Martin and their neutral coloured Scandinavian crime solving had never been away. The Bridge is brilliant and if you haven’t seen it, I’m jealous, as you have two seasons to watch. 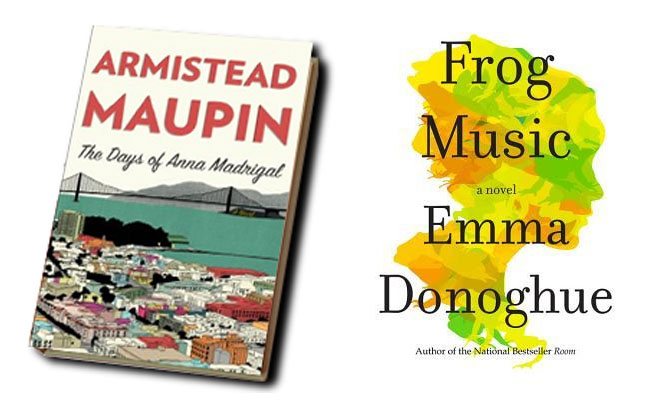 #5 New Books – One of my New Years Resolutions is not to buy any new books until I have read the mounting pile by my bed. An obsession with social media meant I didn’t read much in 2013 and I’ve resolved to change this in 2014.

The Guardians list of books for the year ahead is enough to get me reading and my highlights include a new Armistead Maupin this month and the followup to the bestselling Room by Emma Donoghue in March. 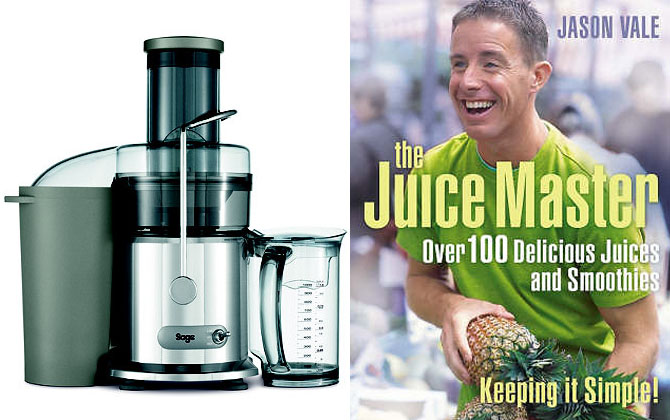 #6 Juicing – Despite the January detox backlash and the Sunday Times telling us that juicing is almost  as bad as drinking Coke, I’ve decided to give up alcohol for January, in an effort to improve my sleep and general well being. So I won’t be joining Amanda’s cocktail making this month – but I will be juicing like it’s going out of fashion, as well as eating lots of wintery comfort food.

Reasons to be cheerful part 1