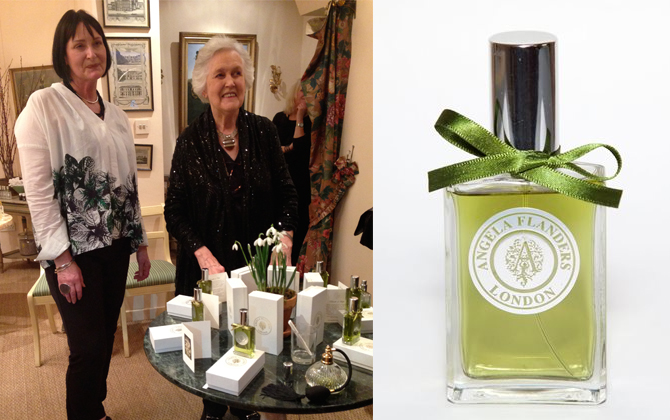 Last week we were invited to smell the new fragrance created  by our favourite bespoke perfumer, Angela Flanders.

Breath of Hope is a limited edition perfume inspired by the poem that writer and fragrance critic Vicci Bentley dedicated to her. Angela and Vicci first met in 2012 at the UK Fragrance Foundation’s Annual Award Ceremony  where Angela’s fragrance, Precious One won the coveted Best New Independent Fragrance Award and Vicci was on the judging panel.

Vicci told me she had written the poem with her elderly mother in mind, as she saw the first snowdrop as a sign that she had made it through another winter.  Angela has perfectly captured the joy of discovering a bright flurry of snowdrops –  which is known as ‘Flowers of Hope’ – on a dark and frosty February day. Lily of the valley and galbanum create a fresh, vibrant mood, frankincense and myrrh evoke a cool and pensive calm. Oakmoss and guaiac wood lend a reassuring, soft earthiness to this uplifting green floral.

It’s a gorgeous colour and smells fresh rather than obviously floral (of which I am not a fan) and is available now – but hurry as she has only made 50 bottles. 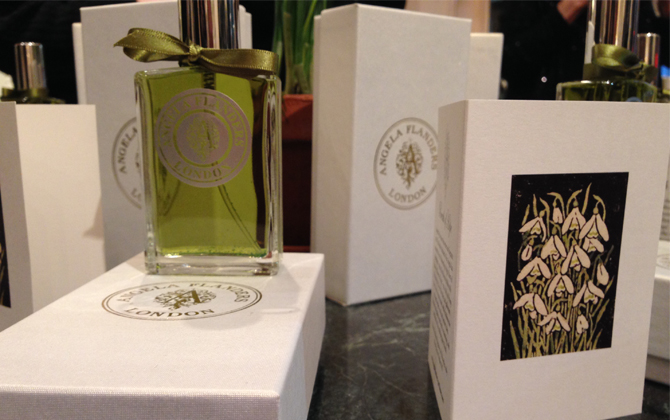 Pale rays barely melt hoary hedgerows, yet
this green-craving month has a new light. Here
in the churchyard, mothered by shushing yews,
February’s flowers. Amongst silent stones
flocked with lichen and lifelines, their brightness
transcends leafmould. Still, a perfumer must
kneel close to catch this fleeting formula.

There should be urgent, sappy galbanum
she notes. Myrrh’s cool stealth. Sweet, carnal lily
(youth’s shameless imperative) and the smooth,

A keen, north-born gust leafs her pocket book;
reminder of ice, this not-yet-spring day.
She stiffens, craves a more forgiving drift
…a breath of hope? A swathe of white heads nod.

Writing about food, which I don’t normally do, is very enjoyable because you get to eat! This week I popped into Cocomaya, the artisanal chocolate and bakery store, to chat to the delightful Walid Al Damirji, one of the co…