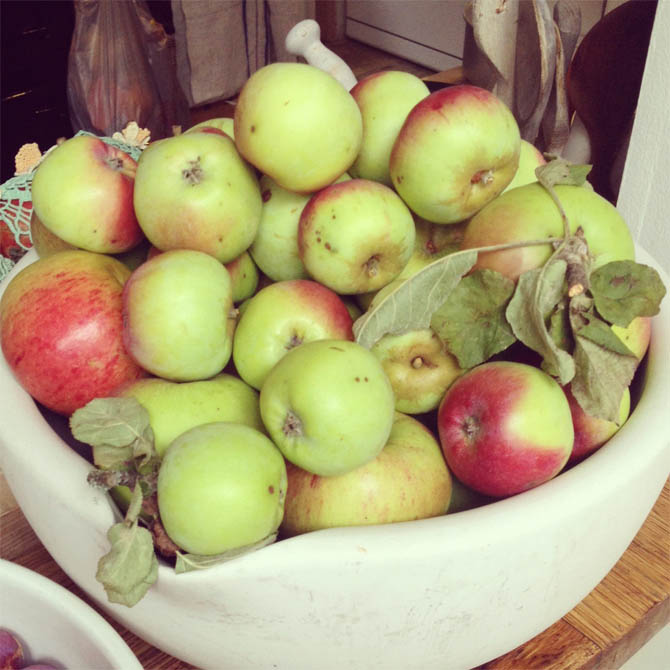 It’s been an amazing summer for fruit in my garden, I am staggering under mini mountains of plums, damsons, pears and apples. And our cherry tree gave us so much fruit we stopped weighing how much at 50lbs. Now what? Most will go in the freezer, but it’s hard to resist making cakes, and how can anyone one watch GBBO without wanting to dash to the kitchen, grab the nearest spatula and recipe book and ‘Bake!’

I’m trying not to eat too much sugar at the moment as we all now know that The White Stuff is currently the Devil’s food (as opposed to fat -so 1980s! or carbohydrate – very ‘last year’ diet wise) and probably more harmful than cocaine, until something else comes along to displace it. This sugar-avoidance coincides with a honey glut in the kitchen (I just can’t resist buying honey where ever I go) so I thought I’d swap the sugar for honey and see what happens. Turns out the only thing that changes is the taste, which is very lovely indeed, it gives a richer, almost hay-like taste to the cake (that’s hay in a good way).

I needed a recipe that used up a lot of fruit, so went to my domestic heroine Martha Stewart’s Baking Handbook to nick what she does with the fruit  on her nectarine tart recipe and combined in with a William Sonoma’s Essentials Of Baking apple cake recipe. A right mash up of ideas, but it worked, the cake was delicious and I recommend it to use with any fruit you can slice and have lots of, but also soft plums (slightly less elegant but tasty) and even frozen cherries- either cut in half or left stoned and whole -work too. A lot of apples -I used about 7 -cored and sliced thinnish,

350g honey -i used scraps from the bottom of lots of jars, mostly the non-clear solid stuff

Combine flour, raising agents, spices and nuts in bowl and set aside.

Cream the honey with the butter in a mixer as you normally would with sugar, it will go white and fluffy eventually but for me it was exactly like using sugar.

Add eggs until mixed, then alternate flour, raising agents nuts and spice mix with milk until you have a soft consistency, you may not need all the milk.

Working from the outside edge of the cake, place the apple slices in a circular fashion around the cake, sinking them slightly into the mix, but don’t push them in too far. Some encouraging is needed to keep the circle shape is needed as you get closer to the middle, but if you keep the smaller slices to use here, it’s much easier. Alternatively you could go for easier lines of apples, especially if you use a square cake tin. But basically be creative, as the cake cooks it will rise up around the apples so it doesn’t really matter too much if you make a mess.

If you are using sugar, sprinkle a good amount over the top now to get a crunchy finish, or I drizzled some more warmed up honey over it for a similar glazed affect.

place in over around 180c for about 45 mins, until nicely cooked.

Allow to cool slightly, meanwhile, invite friends round, put kettle on for tea and enjoy. 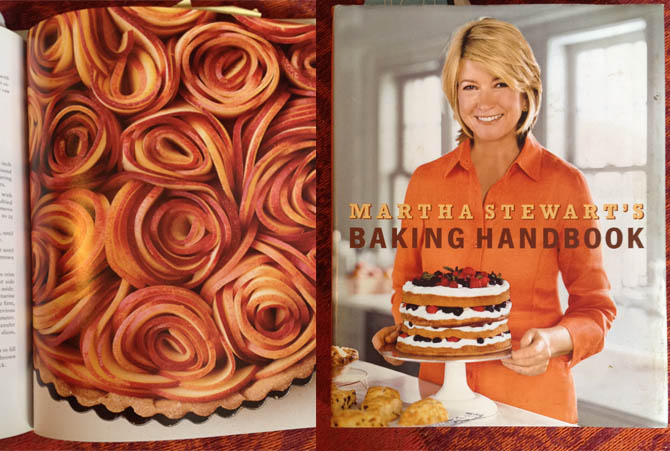 Asma Al-Assad, the first lady of Syria, has yet to speak out about the violence spreading through her own country. This video has been…