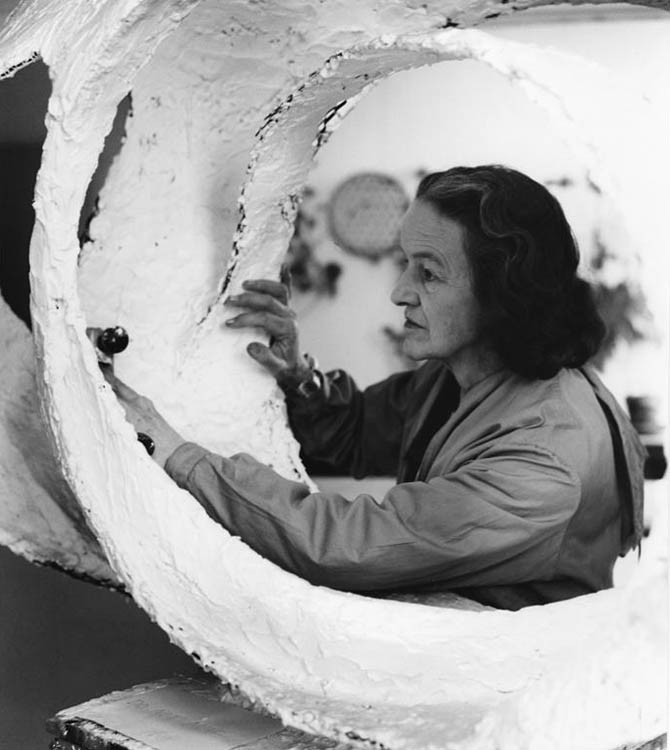 I grew up with Barbara Hepworth all around me, thanks to my dad, a keen amateur sculptor, who introduced me to her wonderfully curvaceous, calming forms as soon as I could say ‘not that boring old art stuff again’.

Inevitably I fell under her spell, dad copied her shapes in order to perfect his own thinking and technique, and soon our house was bulging with her influence. Dad liked Henry Moore too, but over the years I’ve developed a crush on Barbara and her work. So when middleagedad and I dropped youngestson off in Leeds last week to start three years of non-stop fun and partying uni, we couldn’t resist popping into the The Hepworth Wakefield Museum to see more of her work.

What a treat it was. It’s a lovely contemporary museum, set in picturesque bits of Wakefield and shows Barbara’s work off beautifully. Her work bench, tools and a whole host of drawings are there to shed light on how she worked. My dad always referred to his work as ‘carvings’, as did Barbara, it sounds a little old fashioned now, less serious than the grander word sculpture. 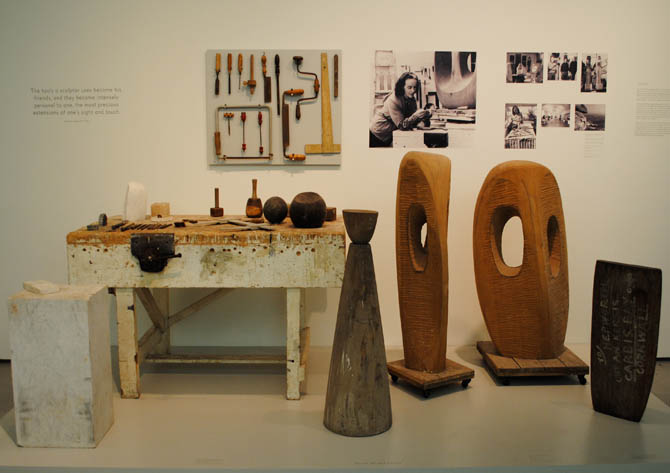 I bought and read in an evening, her Pictorial Autobiography, which has many images of her throughout her working life and it is clear from this that she had great style. Even when she was lugging giant bits of wood and stone around her studio, she still wore jewellery -rings and strong necklaces- and her workwear was always a smart tailored jacket -usually wrapped and tied at the waist and trousers. 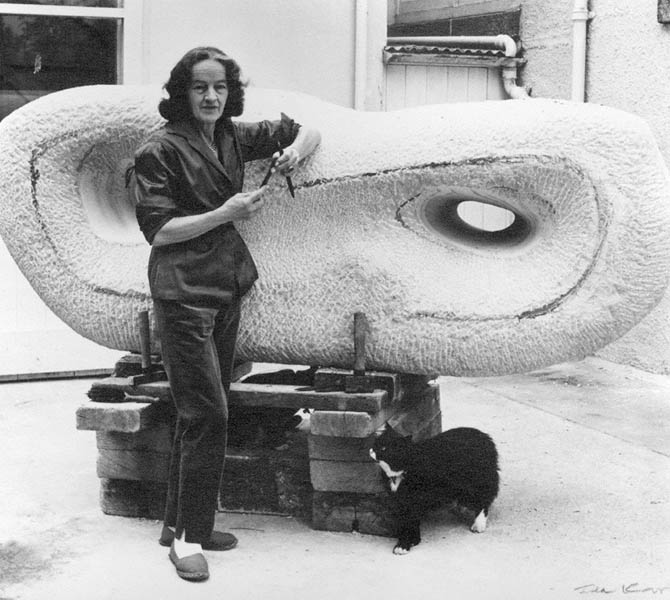 It’s not often she’s photographed without a scarf either, she was partial at the end of her life to a bright red one. You can see how and why she’s inspired designers such as Margaret Howell, her chic workwear aesthetic looks very wearable today. Her second husband Ben Nicholson was an artist too, one of his paintings sits behind her Two Forms marble carving done in 1937, below, from the Wakefield gallery. 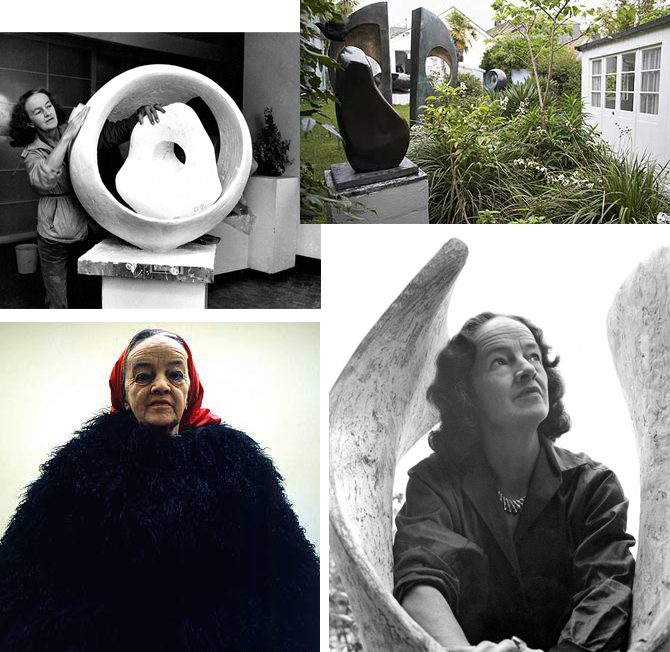 If you’ve ever  visited John Lewis in Oxford Street then you will have seen her Winged Figure, constructed in 1962 and still looking beautiful on the east side of the building today. It’s good to remember that Barbara became such a hugely successful female artist in a period when women didn’t feature much at all in art, let alone become world renowned. She had four children too and worked right through the chaos of child rearing and wartime.

Excitingly, Tate Britain are to hold a major retrospective of her work in summer 2015, the first for nearly 50 years and we can’t help feeling the scheduling -with so much noise being made about how badly represented women artists are in our major galleries -is timely. 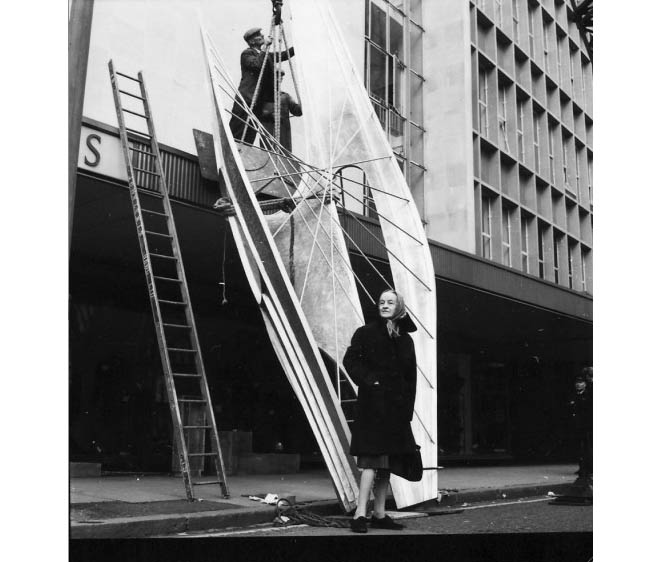 She was also a great colourist, some of my favourite bits of work are her subtle coloured pastel prints. You can see the colours of the beach, cliffs and flowers near her adopted home in St Ives Cornwall in her work. If you haven’t been to Barbara’s studio there (we would love to move in, it’s so gorgeous) then add that to your list of places to visit. 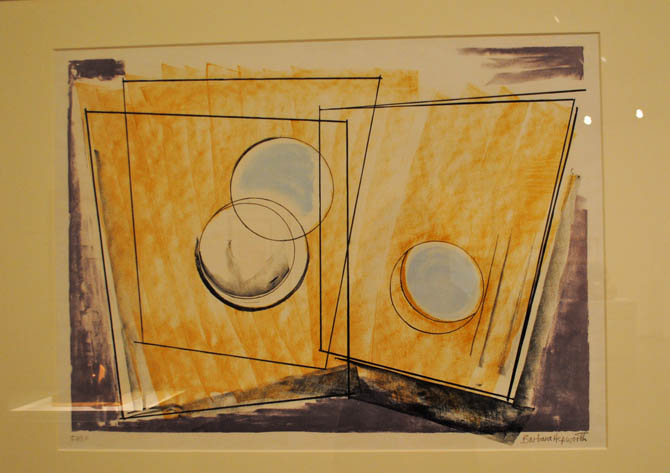 Here she is in her red scarf,  finger nails painted a pearly oyster and wearing her bold wedding ring at her St Ives studio. 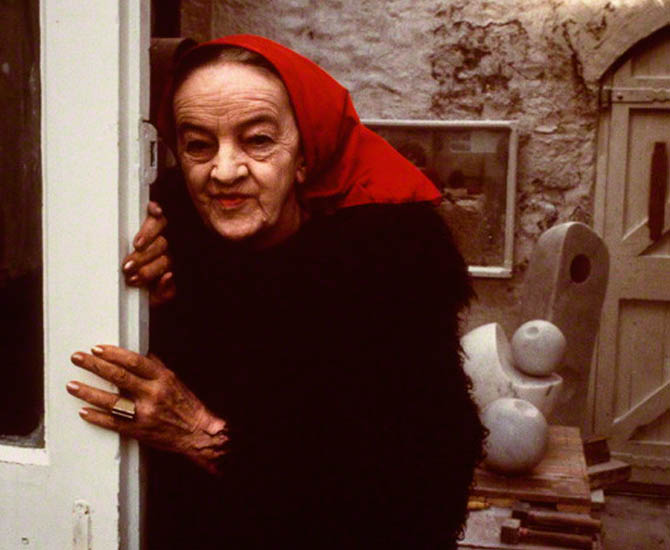 I’m definitely going to be channeling a Barbara Hepworth moment this autumn, perhaps with a Cleo Ferin Mercury scarf and a little cruise around Margaret Howell’s more affordable MHL range.