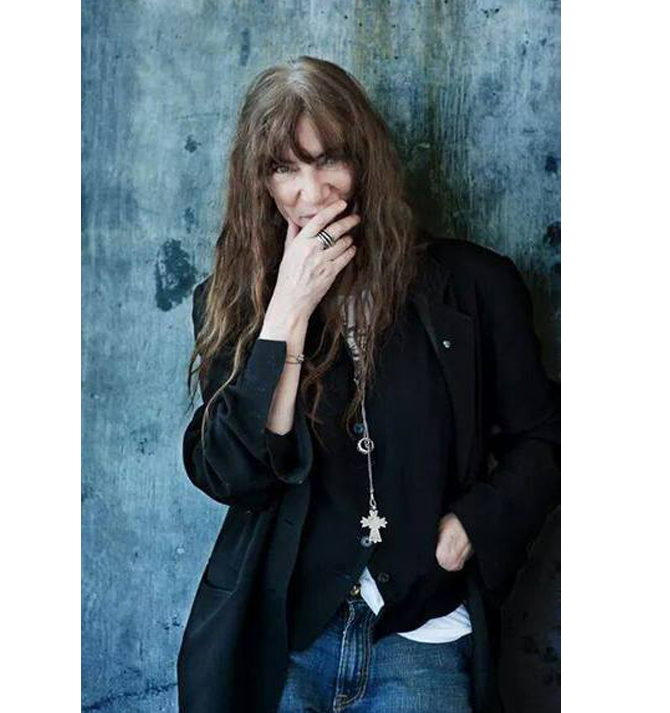 Just because it’s Patti, really. She’s one of my all time life heros and her book Just Kids was an amazing read. I first started to really love Patti when she played at a Benetton press gig in Paris I attended ten years ago. We all had a sumptuous dinner after the obligatory fashion show then Patti played in the restaurant foyer. It was one of those ‘moments’ you have in life that make you think you’re lucky to be there. I got really close up, she was terrific and I even found myself in the queue for the loo -just before she played- with her, where she was just fabulously ordinary in a rock chick poet goddess kinda way. She’s still touring hard, and is playing at Union Chapel in London this October. If anything, I think Patti and her uncompromising musings on life and art have got better as she’s gotten older. She’s better than ever.

Christian Louboutin for L’Wren Scott at Dover Street Market’s MARKET, reduced to £88.00, When Jane and I hear the word SALE in relation to retail, we are often overwhelmed with a feeling of Sale Fatigue. Our years spent in the…