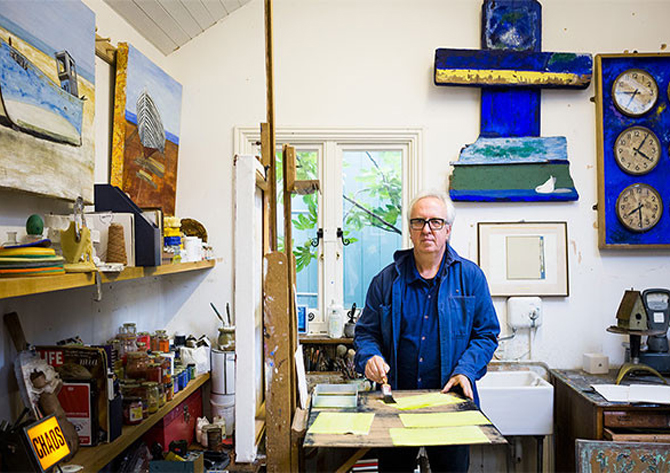 As you can imagine, I have been spending an inordinate amount of time in Selfridges recently, what with MADs stint as a Bright Old Thing. This isn’t good for me, there are way too many tempting treats within its walls. I bought a pair of Isabel Marant jeans last week for £30 in the sale reduced from £325 and was seduced at the Charlotte Tilsbury counter and bought Wonder Cream. I’ve hardly started on the fragrance department.

But what I really want to tell you about is the product the BOTs have produced for Selfridges, some is a bit aspirational but lots of it is lovely. Starting with, ahem, MAD, above in his studio, who has produced a selection of cyanotype prints, all original. Cyanotype is a form of early photographic printing process that produces shades of beautiful indigo blue, MAD is rather good at making deeply rich and textured patterns on his, but then I guess I would say that. It was originally developed (by Sir John Hershall) to produce diagrams, hence ‘blue-print’. The one below is a shed at Dungeness.There are more here. 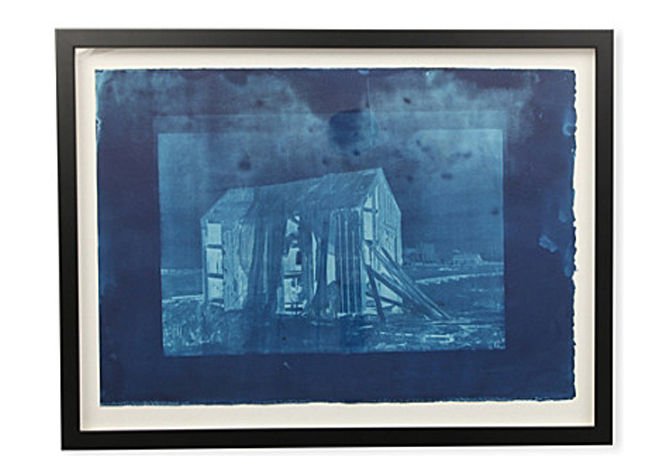 All the BOTs have produced tote bags and note books too, so you don’t have to spend a fortune, below are MADs, featuring a print taken from one of his big canvass oils. 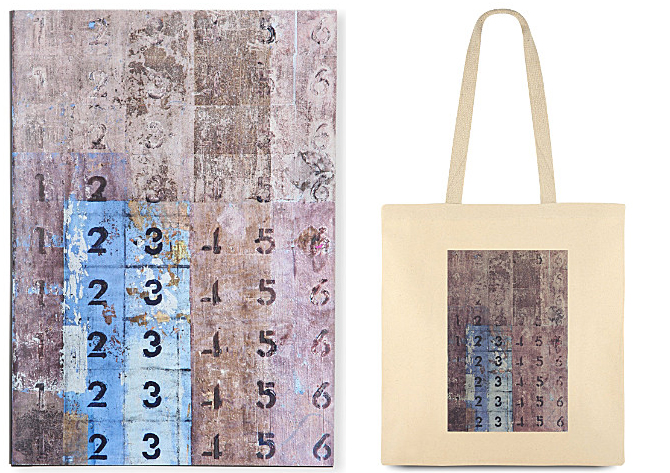 Sue Kreitzman’s window is a spectacular riot of colour and texture, filled with her sculptural art pieces, some of which you can buy in store. But I love her jewellery, made in collaboration with TWR favourites Tatty Devine, in particular the Zeitgeist necklace. And don’t you love the ‘don’t wear beige‘ necklace too? We should all have one of these to remind us to keep colourful. Sue is such a delight to be around, she’s great company. A full size model of her stands in the window, wearing her signature red glasses, which she got for around £10 from Spitalfield’s market. She told me ‘When Selfridges made my model they wanted me to get another pair of the glasses but the guy doesn’t make them any more, so the window team had to make a pair specially, which cost them around £300…’ 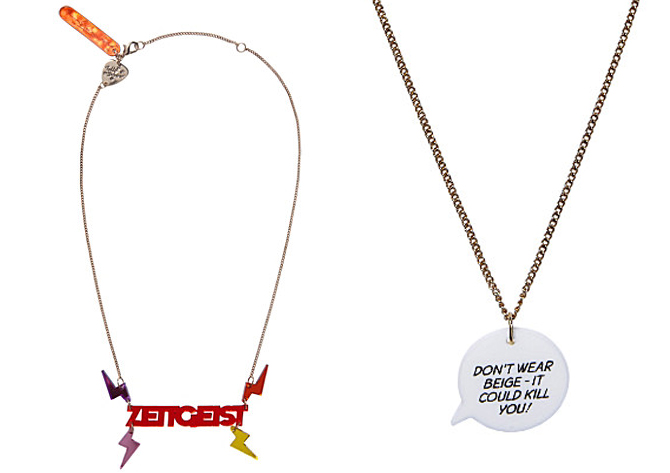 The product that ALL the BOTS were trying on, when they got together in the Concept Store for their first photo shoot, was Mr Robert Roope’s Black Eyewear glasses. And count me in on that too. Robert was an optician for 40 years selling other people’s frame designs, when his kids told him he should consider designing his own, since he knew so much about fit and shape. Ten years later and here he is selling his designs as Black Eyewear. ‘When I started no one did black frames but it seemed everyone wanted them, so my first collection was entirely black’ Robert told me. 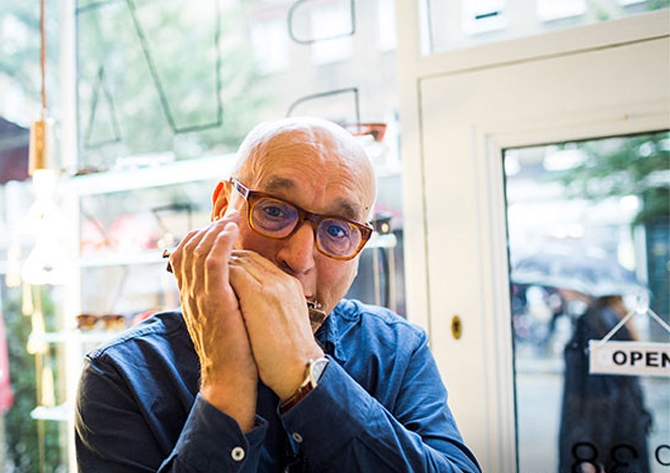 He has sold glasses to Will.I.Am and Lady GaGa. I am definitely going to have some, the frames are robust and beautifully made and not stupidly expensive as Robert wanted to keep prices reasonable for the quality. I’m going to have a pair fitted with my glasses prescription at Robert’s store in Goodge Street when things are quieter and I think every BOT will be heading their with their own prescriptions too. Also Robert was very nice indeed, which helps. 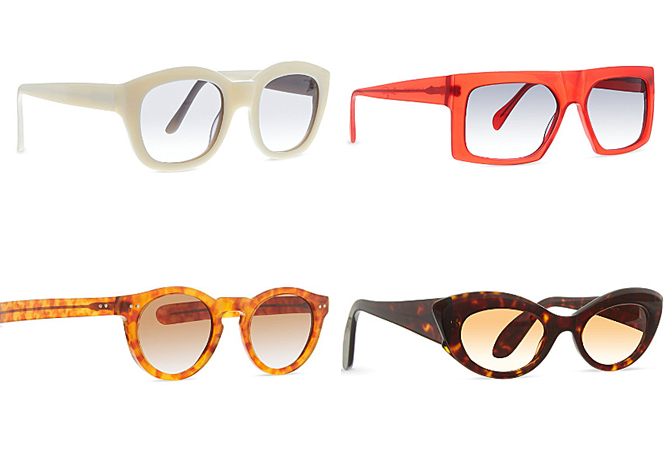 My heart has been lost to Den Woods chairs, as I mentioned before. They are chunkily delicious, made from oak or walnut with leather that you know will look after your comfort and shape itself firmly around your bottom. They are aspirational, price-wise so don’t get too attached. At the launch party I discovered that Den used to sing with the Au Pair’s, as they were her baby sitters and if occasionally they needed a backing singer she would oblige. I think she said she briefly managed UB40’s record label too, but many cocktails had been consumed, so this might be made up. 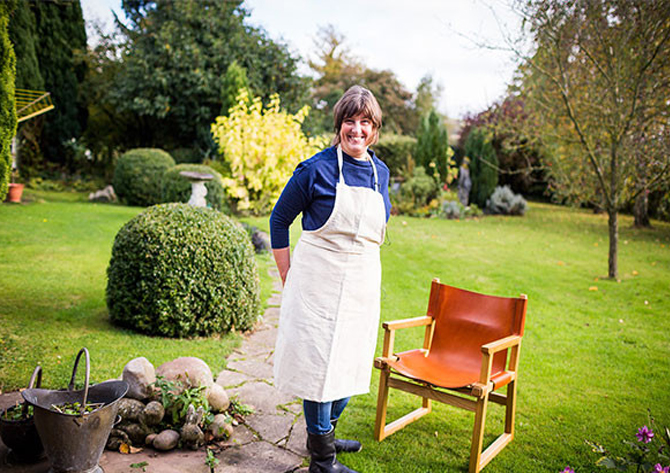 Anyway, her chairs are gorgeous. 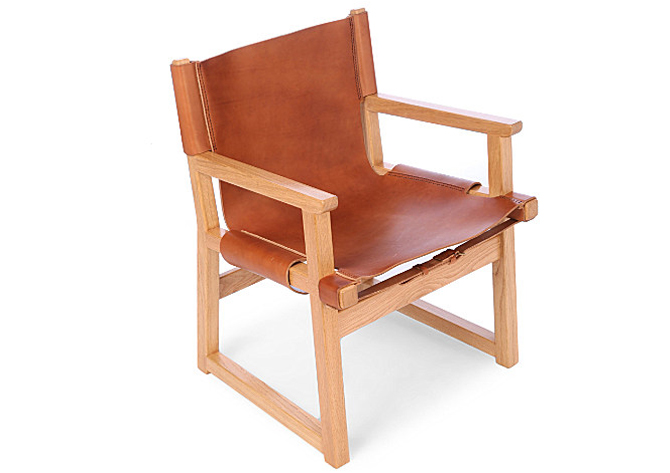 We all slightly fell in love with Molly Parkin, who out dressed everyone at all times and was full of mischief. At the party she was asked to read her poem on age, but decided that one poem wasn’t enough and proceeded to recite a more risque one as a follow up, I think the mike had to be prised from her hand or she might have been on stage all night, not that we would have minded, she’s very entertaining. Her artwork is for sale in store or you can buy a print or note book in one of her romantic prints. 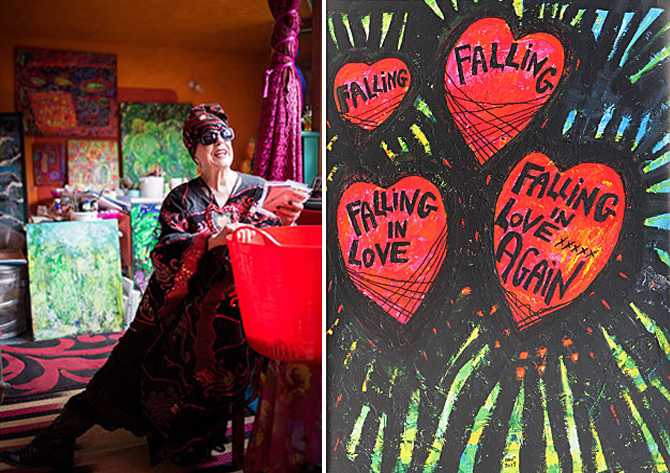 Nick Wooster has the cool-older-dude look sewn up, if you’ll excuse the pun, mostly due to his years spent as a menswear retailer and style blogger staple. Now he’s collaborated with Italian designer Lardini to produce a stylish range of jackets, shorts and shirts. Prices are aspirational but the styles are very wearable, MAD has already eyed up the jackets, but he might skip the shorts. 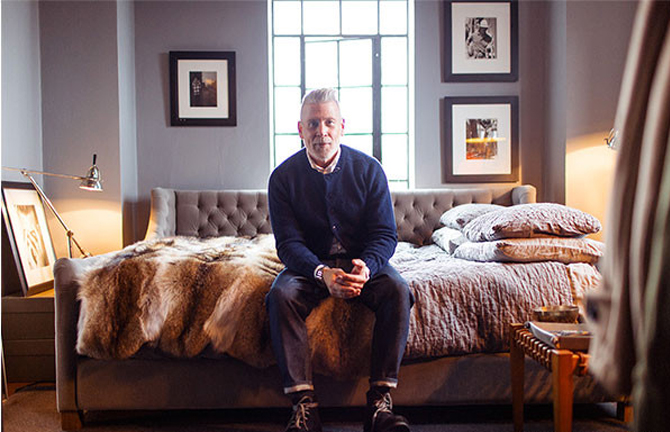 Busy lot aren’t they, these BOTs? Bright Old Things is on at Selfridges until end Feb. 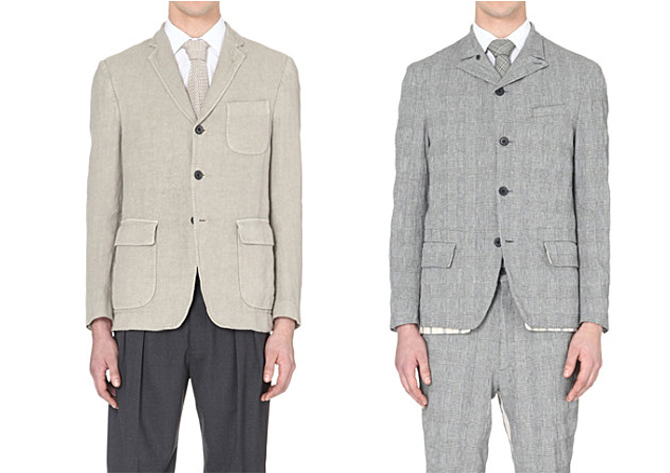 All images of BOTS by Todd Selby

On the subject of eccentric glamour, The Women’s Room spoke to Simon Doonan, creative director of New York’s hippest department store, Barneys, who is a stylish 50 something. He’s just written a book on…. Eccentric Glamour! His life is a…