We are indebted to TWR reader Andrea, who tipped us off about the fabulous new pro-age site Bolder, launched this March by photographer Helen Cathcart and freelance writer Dominique Afacan. The site has a simple mission, to champion people over the age of 70 who are redefining how to grow older, supported by inspirational story telling and gorgeous photos.

The site is a joy to read, set aside 15 minutes, grab yourself a beverage and read about Simone Duckstein, above, who has run the legendary Hôtel de la Ponche in Saint-Tropez all her life. Or Tess Jaray, below, a British painter and printmaker who was made an Honorary Fellow of RIBA in 1995 and a Royal Academician in 2010. Then there’s Jennifer Murray, bottom, who has achieved three Guinness World Records in aviation, including being the first woman to circumnavigate the globe solo in a helicopter, having only learned to fly age 54. There are men too, but I’ve just picked a couple of the women.

How do Helen and Dominique find these inspiring people? Dominique told us “We ask friends and family (and any publicity helps) and our day jobs as freelance writer and photographer often throw up some people too. Often, there’s a bit of domino effect with one person recommending the next. Our motivation is really to change the perceptions of what it means to grow older.”

See the Bolder website here, where you can send in your own ideas on who they should interview next. 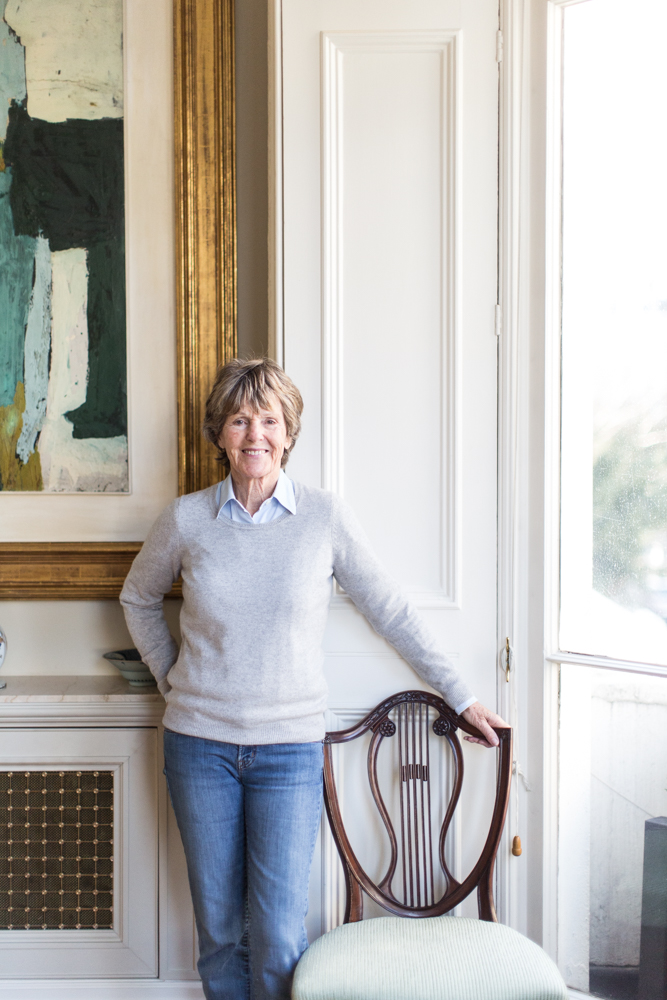