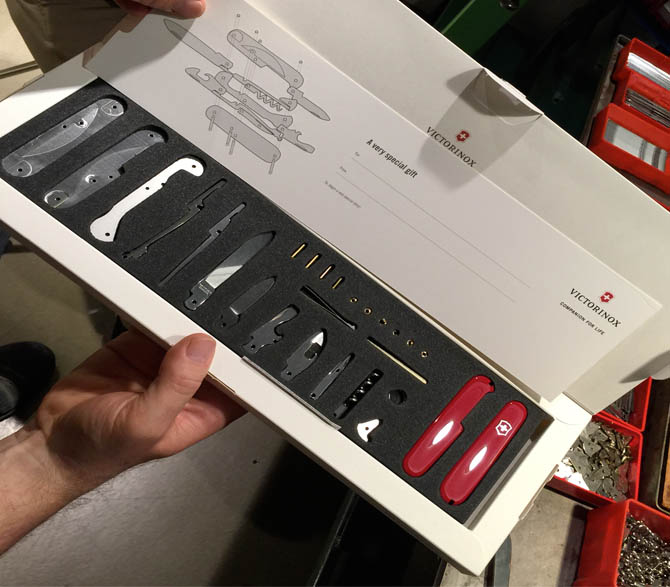 Once upon a time all real men carried a pen knife to tackle essential on-the-go DIY, such as removing stones and/or boy scouts from horses hooves and filleting home caught fish. My dad, now over 80, would still never be seen without his trusty ancient pen knife, which he whips out of his trouser pocket at the slightest hint of household trouble.

In my dad’s eyes, the king of pen knives has always been the Victorinox Swiss Army Penknife, which since 1884 has been run by the Elsener family in Switzerland. Famously issued to the Swiss Army as part of its standard kit, its iconic red casing, was a sign that you knew what you were doing in terms of ‘fixing stuff’. Victorinox now has a glossy flagship store on Bond Street where it sells top notch kitchen knives, watches, travel bags and clothes, but when I visited recently it was still the penknife and the popular ‘build your own’ experience that I thought would make the perfect Father’s Day present for Middleagedad.

The store’s basement has an extraordinary selection of specialist penknives, including one designed for horse owners that does more than fish the odd stone from a hoof and some that look as if you could build an entire house single handed with them. Or you can pick up one specially designed for sampling cheese….. There really does seem to be one for every nerdy geek specialist need.

The brand kindly invited middleagedad into the store to try the Build Your Own experience first hand, something he thoroughly enjoyed. He did admit to an ‘Ikea flatpack moment’ as he described it, when he first opened the Build Your Own box (above) but soon overcame any fear when he saw the heavy duty industrial tools and machinery he got to use, supervised by Rob, the very patient in-store expert. The magic happened in a corner that looked a bit like an upgraded (and very Swiss) version of a garden shed. The type some middleagedads often dream of. 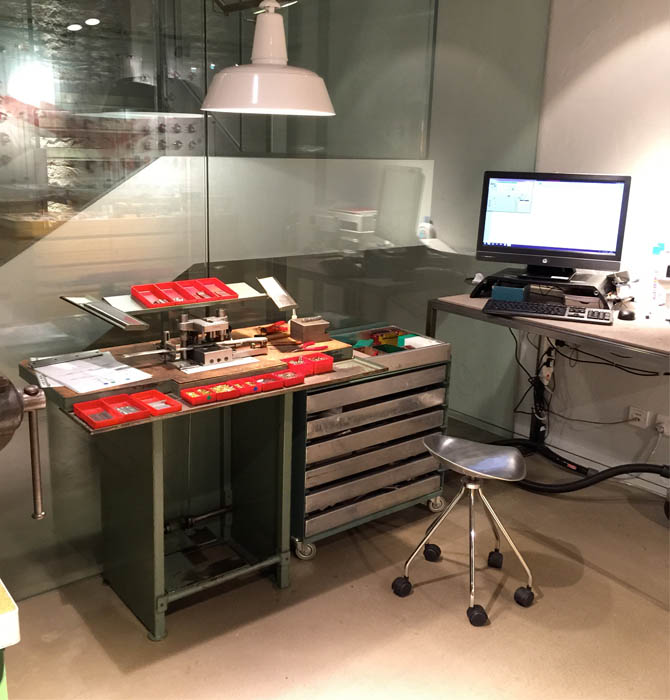 After some initial safety and construction advice from Rob….. 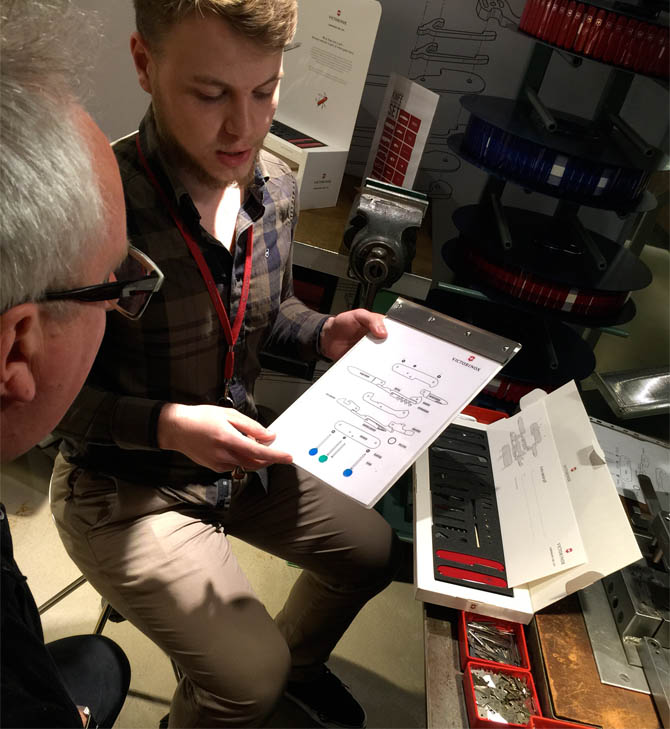 ..middleagedad was let loose to build his knife on the beautiful vintage machine, which originally made knives in the Swiss factory. The more skilled Victorinox employees can put a standard knife together in around 35 seconds, middleagedad’s took a bit longer. Everything has to fit precisely to ensure the perfect, top quality working knife…. 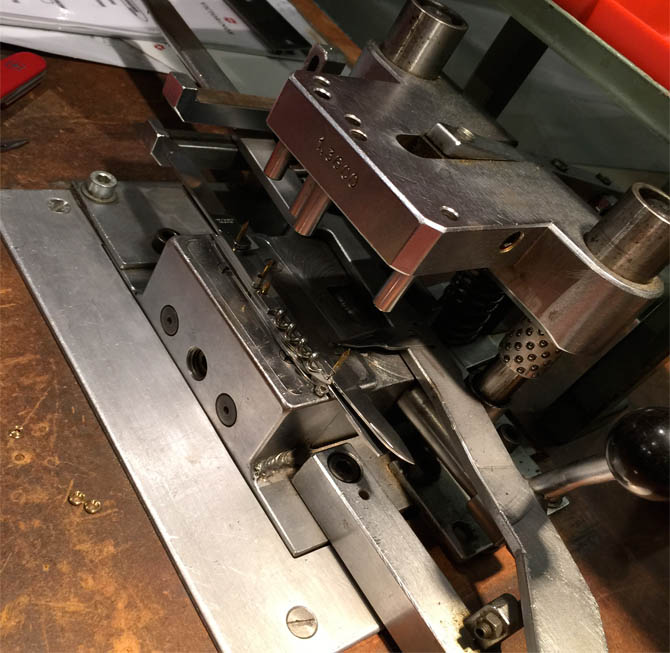 Middleagedad spent a very happy half an hour working the blade-building machine, trimming and banging his rivets and cranking the vice. 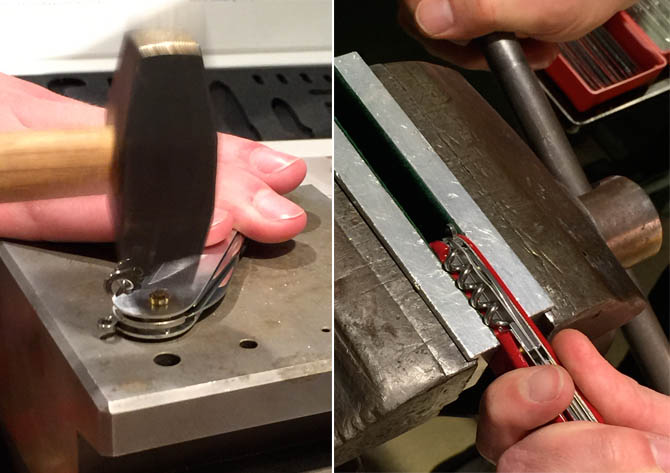 The final touch is to have your name -or whatever you fancy- engraved on the side. Middleagedad had ‘middleagedad’ in Swiss German as a tribute to the company’s origins, but while we were waiting for Rob to process the words, he then thought maybe ‘Have a knife day’ or  ‘Look sharp’ might have been more fun. Rob said the oddest thing he’s ever had to engrave was an aubergine, so clearly this is an area for individual creativeness….

The Build Your Own Penknife experience is £39.00, which gets you the gift box (only available in store currently) and then your own middleagedad or who ever can arrange a time at their convenience to put the knife together. Check out the brand website here for more details 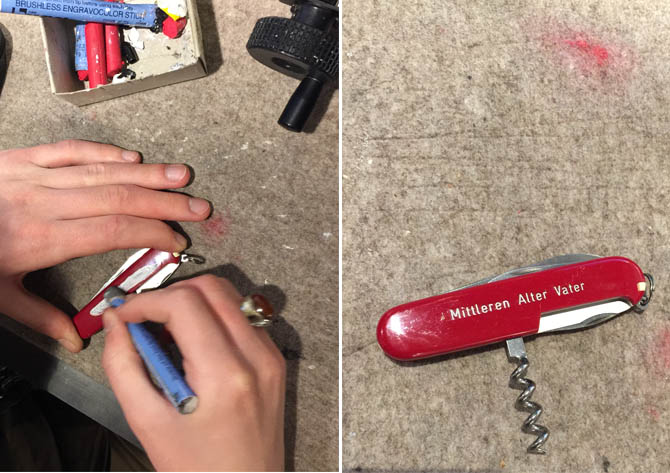 Last week I was invited along to discuss ideas that will shape the future with a group of creative thinkers. Being the only fashion ‘expert’,…