Today Joyce Thornton (old work colleague and friend) is our guest blogger. She takes us on a tour of Prague, a city I have been meaning to visit for ages. After reading Joyce’s post, I am now determined to make it happen.

Prague, the beautiful capital of the Czech Republic, is a great destination for a long weekend. A drizzly start to our trip didn’t dampen our spirits – emerging into the city centre from the underground metro, we were instantly captivated. Like stepping into a childhood fairytale book, pretty, sugared almond coloured buildings and cobbled streets surrounded us. A steep walk up to the hotel revealed more great old buildings – and the sun began to shine. Set in an ancient house just below Prague Castle in Mala Strana (Lesser or Little Town area), our hotel was in the oldest part of the city and so quiet compared to the lively and popular Old Town area on the other side of the river. 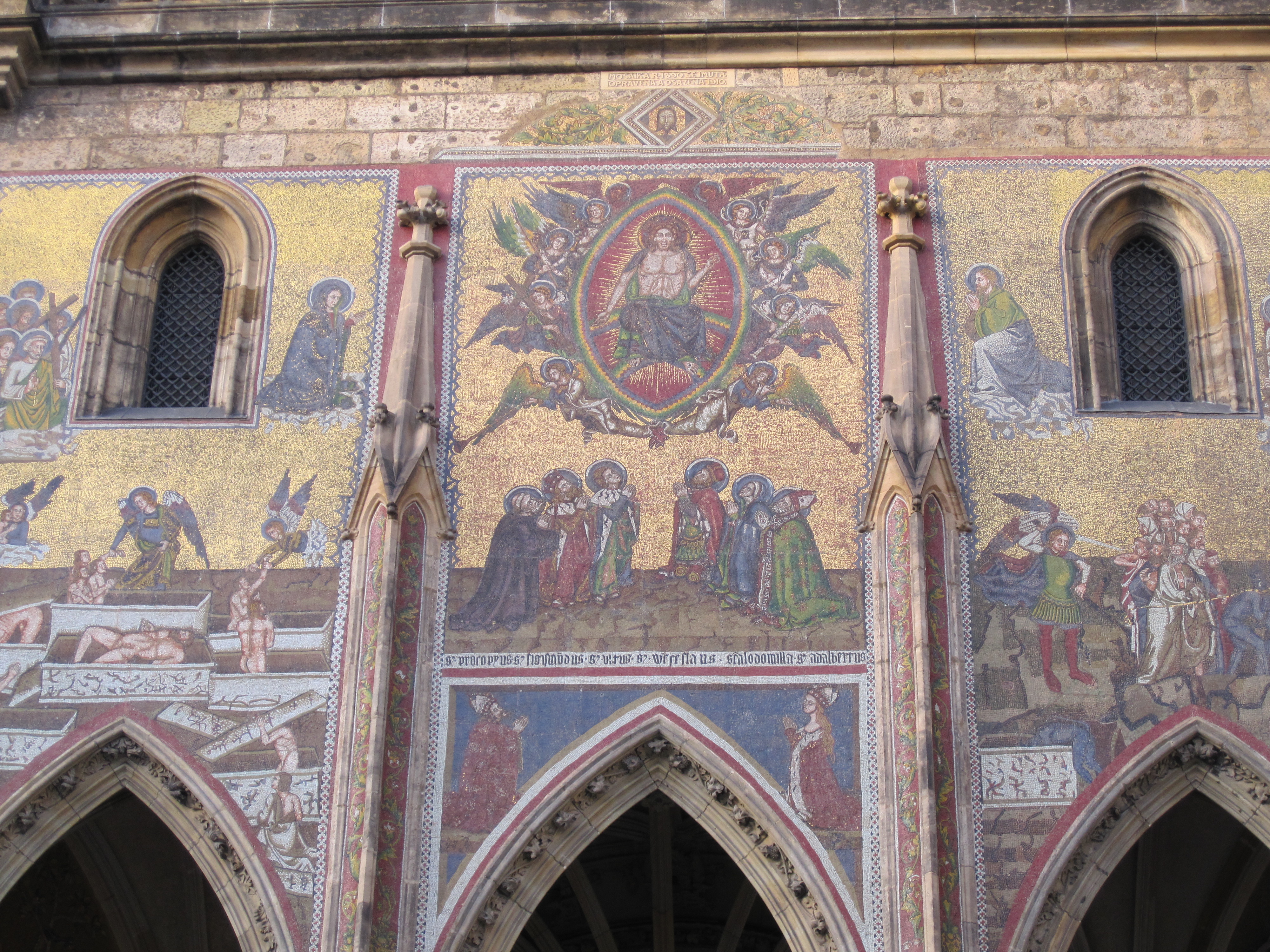 Exploring Prague is easy on foot, but lovers of high heels (happily I’m not one) should leave them at home – every road and pavement is cobbled. Architectural delights are everywhere. Prague emerged from WW2 relatively unscathed compared to other European cities. It has some of the most varied and unspoiled historic architecture from many eras including Gothic, Renaissance, Art Nouveau and even a few rare Cubist houses. The walk from Charles Bridge to Mala Strana

A climb up the hill from the Mala Strana area is rewarded with spectacular views of the city outside Prague Castle walls. The castle is a complex of buildings dominated by the beautiful gothic landmark of St Vitus Cathedral. Fantastic gargoyles look down from the exterior and fat stone cherubs adorn walls nearby. There many other historic places to visit within the castle precinct, including the 15th Century Golden Lane, but you will need to buy a ticket for entry to the main buildings (so allow at least a full morning or afternoon for your visit). The view from the castle

Besides the ancient history, more recent upheavals are commemorated at the John Lennon wall, located near the river (still in Mala Strana). Although Lennon himself never visited Prague, he was looked on as a hero to the pacifist youth during the communist era. After his death in 1980 this wall of graffiti emerged and despite many failed attempts by the communist police to erase the artwork, it became an ever-changing symbol of the struggle for freedom and peace, which remains to this day. 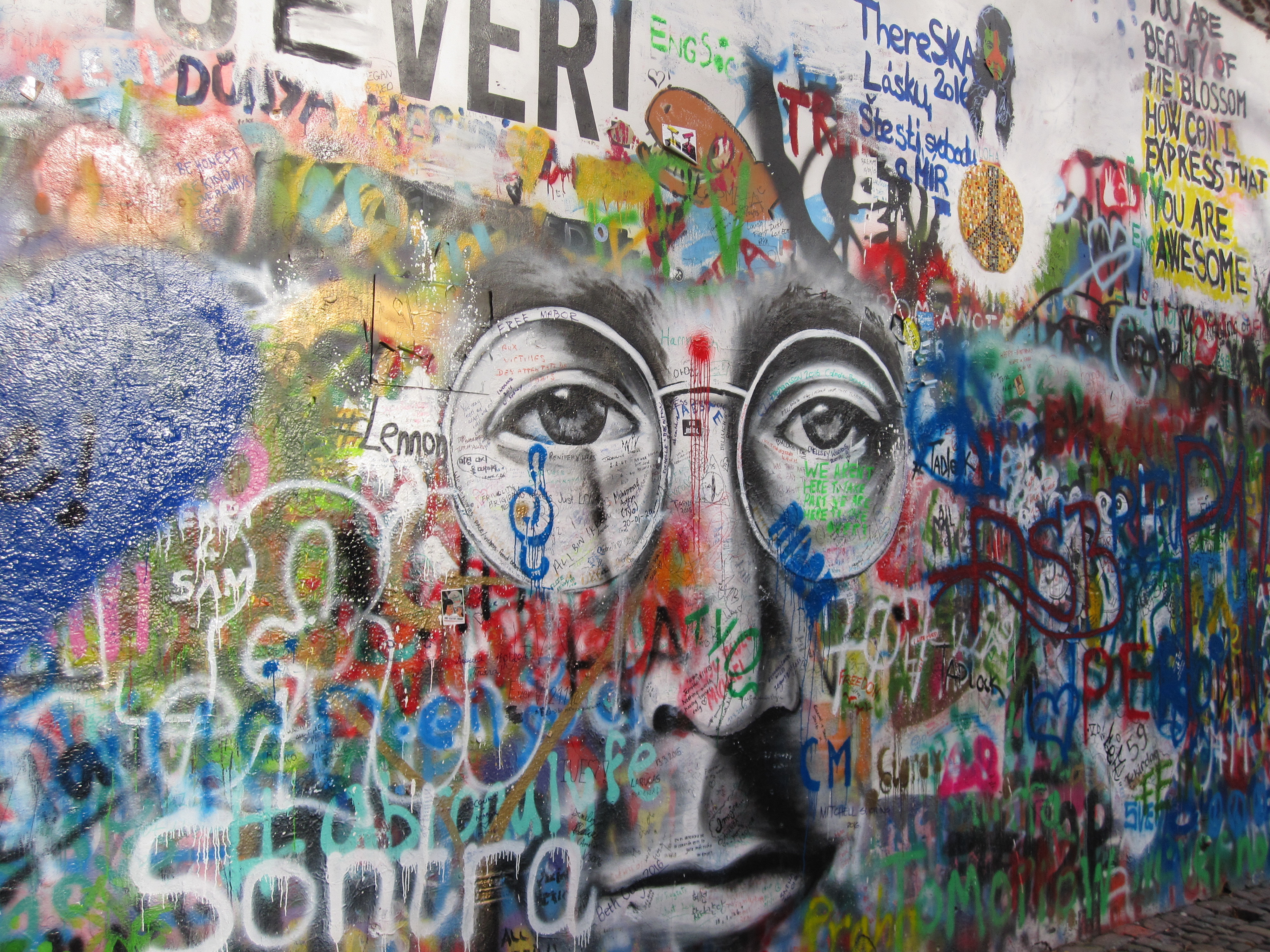 The Charles Bridge joining Mala Strana to the Old Town is quite magical at any time of day. Dating from 1357, it majestically spans the Vltava River, with 16 massive stone arches. Baroque statues of religious figures line the edges of the bridge and the views on either side are terrific. Get there in the early morning to appreciate it fully – later in the day and in the evening it is still as lovely, but thronged with souvenir stands, local artists and photographers selling their wares, and of course, masses of tourists taking endless photos with selfie sticks. 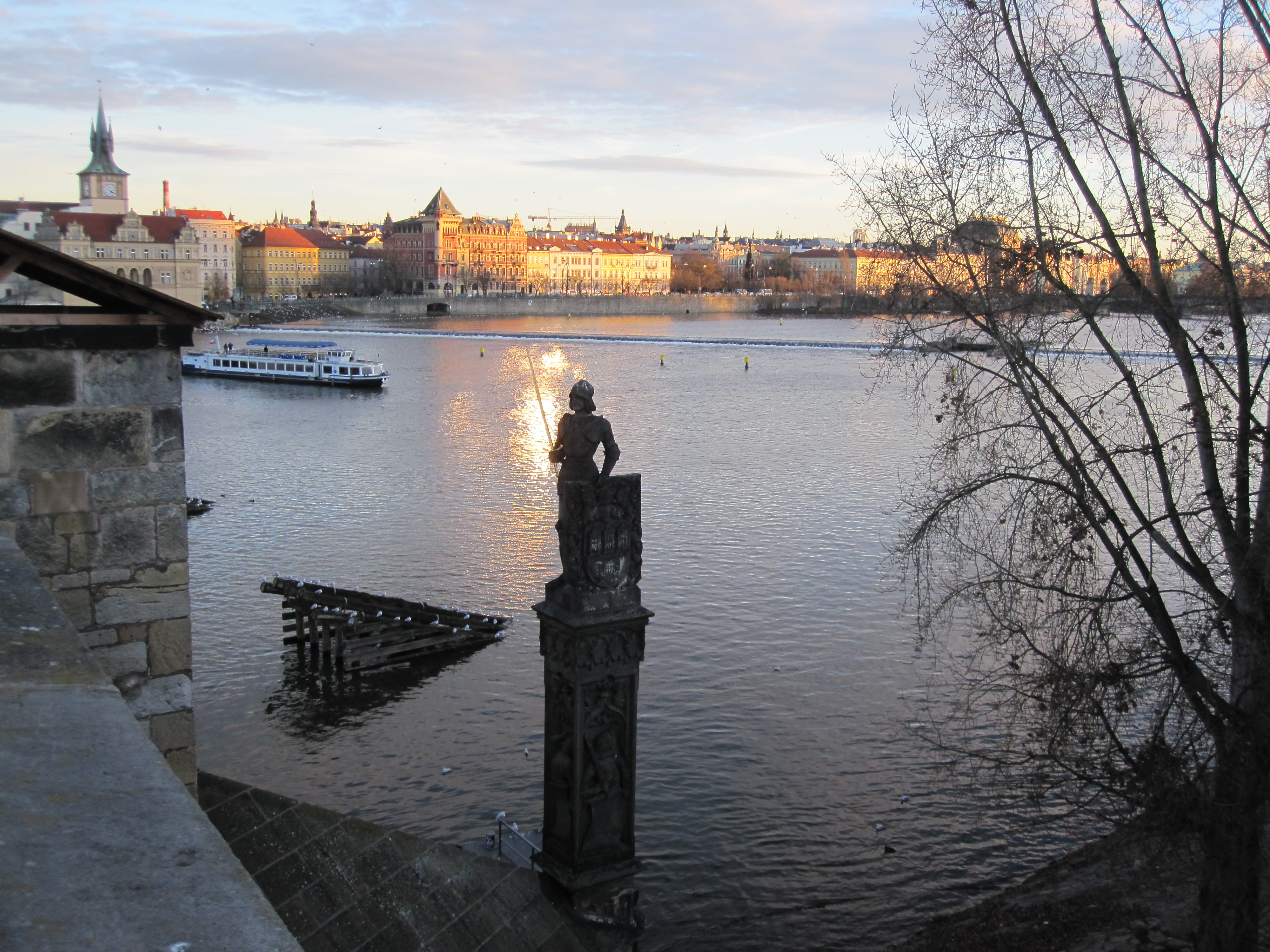 The Old Town Square is great to stroll around, and once again full of beautiful architecture. The birthplace of the writer, Franz Kafka, it’s now a magnet for street performers and musicians. You can wait to see the famous Astronomical clock strike the hour, when the12 apostles emerge to nod down at the crowd below, then climb the tower and enjoy the views. This area has many art galleries to explore or just enjoy wandering round the narrow streets that surround the square, which are full of small shops, cafes and restaurants. 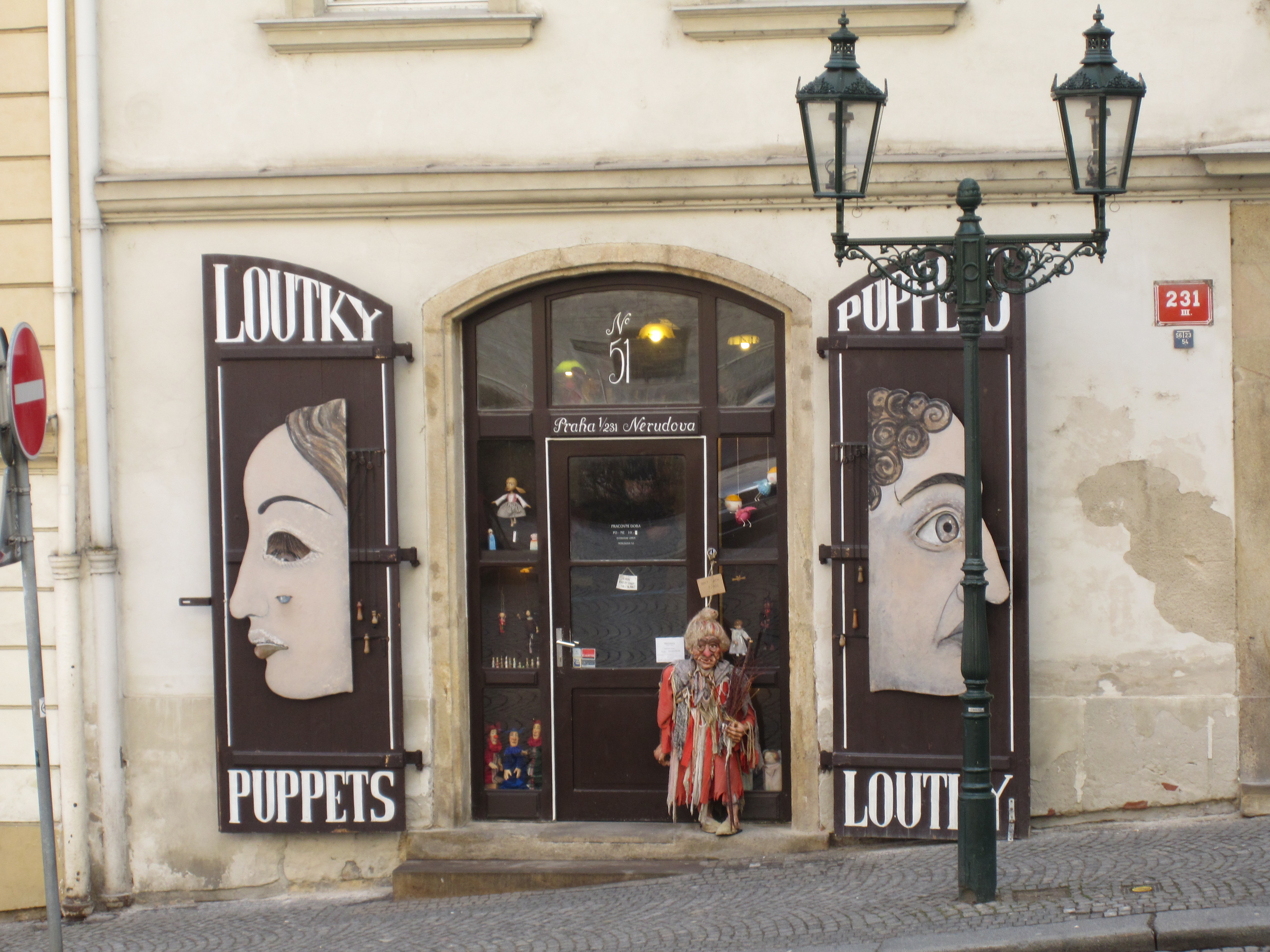 Food (and deliciously crisp local beer) in the city is excellent – and particularly great if you are a committed carnivore and dumpling lover! Although I’m not, and fish and veggie dishes are scarcer on menus, I enjoyed some delicious food including wonderful trout and mushrooms at a renowned (and very cheap) traditional Czech restaurant. There are stacks of cafes and restaurants in the city to suit all tastes and budgets, and generally eating out in Prague is wonderful value for money.

Also great value for money, we enjoyed a classical music concert in a fabulous mirrored chapel in the city centre (not something we’d normally do at home). We also had time to take a day trip and travel outside the city to visit the amazing Sedlec Ossuary in a suburb of the small town of Kutna Hora. 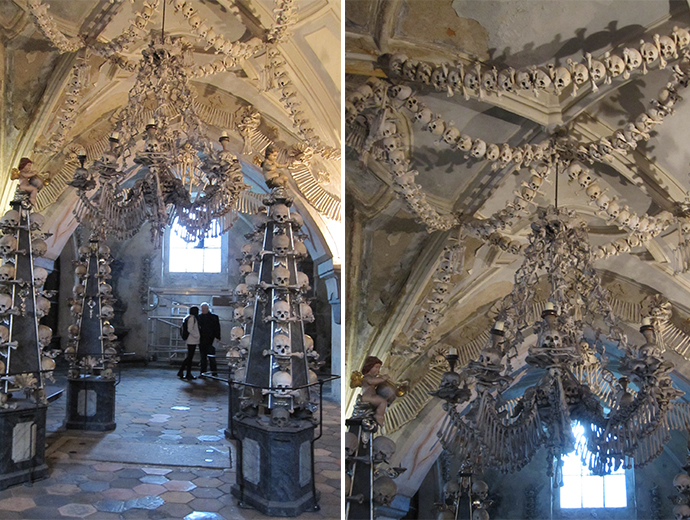 This unique place is a small underground chapel in the Roman Catholic Church of All Saints at Sedlec. Inside is a breathtaking spectacle – the whole building is decorated with human bones. It’s a sobering, strangely beautiful place, including a central ‘bone chandelier’ constructed from at least one bone from each part of the human body, and garlands of skulls draped from the vaulted ceiling. Many thousands of burials took place in the original ‘sacred’ cemetery at Sedlec from the 13th century onwards, and the ossuary now houses the remains of around 40,000 people. The arrangement of the bleached bones dates from about 1870, and is the work of František Rint, a master wood carver. 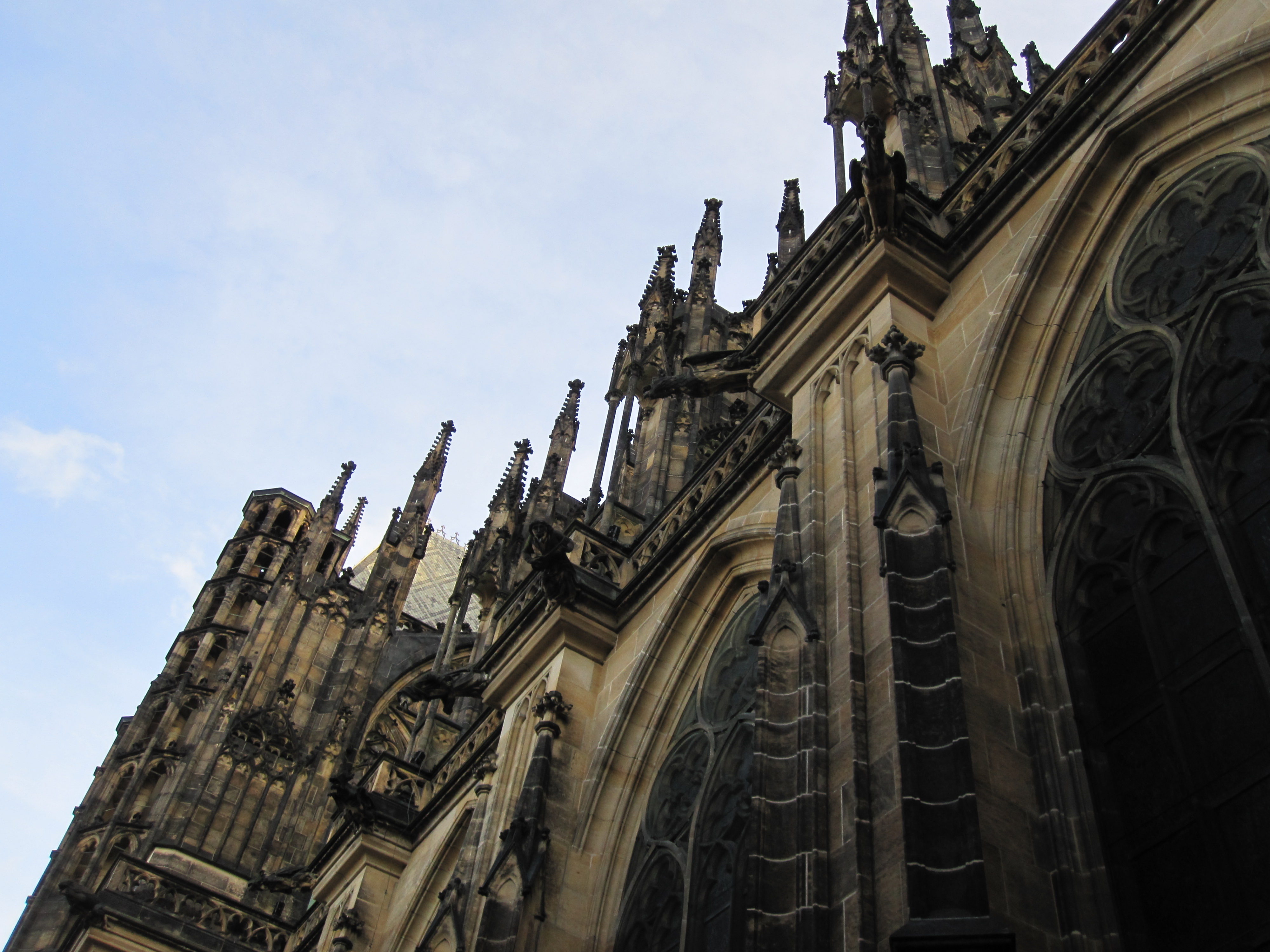 Prague has definitely joined my list of favourite cities in the world – it’s a truly beautiful place. For souvenirs, you can buy wonderfully fragile, painted or pierced decorative, eggs, and these are infinitely preferable to the garish coloured glass trinkets that are everywhere. For a really special souvenir, the Czech Republic is well known for beautiful, fine garnets – I was very sorely tempted to blow the budget… maybe next time…

Last week when we had a glitch in our technicals, the lovely Maggie Alderson (amongst others) mailed us to tell us when things went…