There is a lot of talk in the trends world about communal living being the future of housing, with young and older people tackling unaffordable rents and the needs of the elderly through shared housing.

All too often these days, conversations with friends turn to our dream living senario as we age – a large  house in London with our own bedroom/living room and large communal spaces, with chef and staff to serve drinks every day at 5pm (we figure gin o’clock can start earlier when we are older), as well as a house by the sea for when we want to get some fresh air – and maybe even a mini bus with driver to get us there. Of course it would be tastefully decorated and as far away from an old peoples home as it’s possible to get.

A group of women in Montreuil, on the east side of Paris have taken 15 years to create their own elderly utopia.  Babayagas’ House – a name taken from Slavic mythology meaning “witch” – is a women only, self-managed social housing project devised and run by a community of dynamic female senior citizens who want to keep their independence, but live communally.

“To live long is a good thing but to age well is better,” says 85 year old Thérèse Clerc who dreamt up the project back in 1999.“Growing old is not an illness, we want to change the way people see old age and that means learning to live differently.”

The building houses 25 self-contained flats. 21 are adapted for the elderly and four are reserved for students. Residents pay an average of 420 euros for 35m2 and the five-storey building is in the heart of Montreuil, near the metro, shops and cinema. 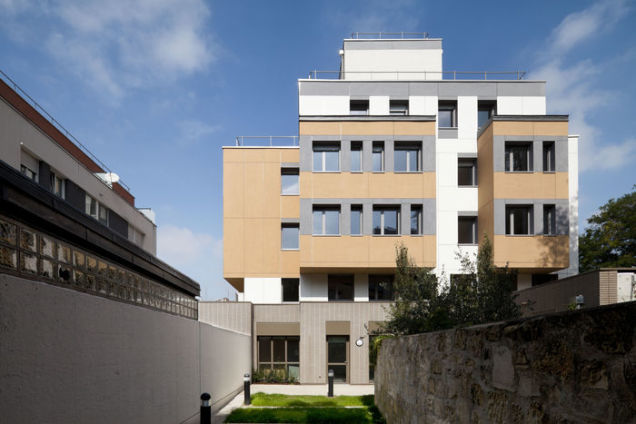 The ground floor of the house is reserved for activities and will house a university for residents, who were selected partly for what they could contribute to the community.

The project has generated a lot of interest and with the comparisons being drawn with the slow food movement. “Slow ageing? Why not!” “We want to exchange ideas, take what’s best out there.”

A quarter of France’s population (17 million) are currently over the age of 60. By 2050 it’ll be a third. So this could be a solution to caring for the growing elderly population – similar (unisex) projects planned in Palaiseau and Bagneux, with other local authorities are interested in following Montreuil’s example.
Come on Britain – keep up.

Both halves of the Womens Room have been traveling this week, Amanda on holiday, somewhere impossibly glamorous (Mustique, if you must know) and I have been in Milan at Saloni (formerly known as the Milan Furniture Fair). In between perusing…