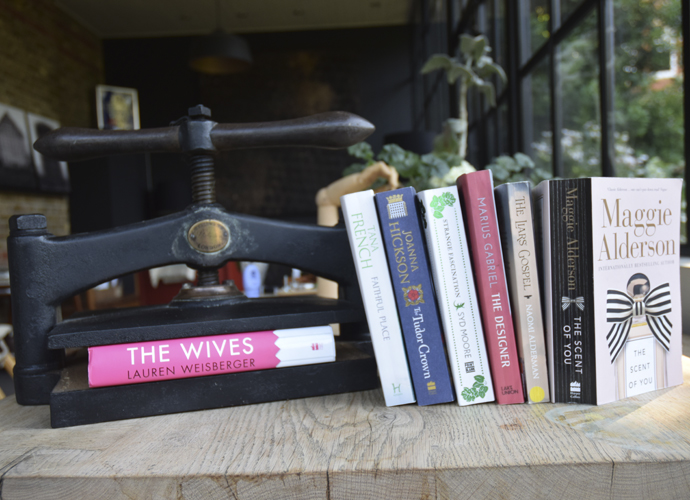 I read an enormous amount of words every week of the year, mostly to do with work. My daily consumption of fashion reports, consumer analysis and fragrance goings-on is always interesting but quite serious and thought provoking. That’s before we get onto the words I generate myself for reports, features and the blog. And we all know reading Instagram shortens our brain’s attention-span, even thought we love it.

So my beach reads need to be super-compelling and super-escapist so I can lose myself. I’m not looking for the next intellectual masterpiece, I just want to be easily transported with as little effort as possible. It does need to be good writing and I’m currently going through a (mostly) female-authors only phase. So here’s what I’ve read recently and enjoyed.

The Scent Of You by Maggie Alderson

I’m a big fan of Maggie’s books and got slightly over excited when her most recent one turned out to be about perfume (read my interview with her here). The Scent Of You’s heroine Polly, is a grown up perfume blogger whose world collapses when her husband of 24 years disappears. There’s lots to love here if you like fragrance or ever wanted to know how that world worked. I semi-recognised a few characters from the industry, which was thrilling and Maggie got beauty supremo Josephine Fairley (from The Perfume Society) to sense check the facts. I loved the characters, Polly’s children are interesting twenty somethings carving out their own lives (lots to identify with here if your own kids are fledging the nest) and a fabulous mother who is still modelling at 80plus (I had her as Daphne Selfe in my head). As Maggie said as she handed over my copy, “There’s gorgeous Frenchmen, glamorous women, nightmare people, fantastic artistry, loads of money and sex, what else do you you need for a book?”

The Liars Gospel by Naomi Alderman

This has a totally fascinating set up, it’s the story of Jesus from his mum’s point of view and he doesn’t come out of it too well. Not only does she see him as a negligent twenty-something son, she wonders if he perhaps might have some mental issues with his delusions of grandeur and love of adoring crowds. It’s very poetic and empathic in its portrayal of family love and connection and the religious story we all know so well is hugely enriched by bringing in other characters. It looks a very different story seen from a female – Mary’s- perspective. A cracking read, and stayed with me.

I eat up anything by Tana French. She write a page turning, modern murder-mystery with style and pace. This isn’t a new one, but I’m working my way through a back catalogue and I’ve just finished Faithful Place. Set in Ireland, I did have some issues with the credibility of the plot, a police detective seems to have never really looked into why his teenage girlfriend disappeared without trace, but it’s so gripping and slightly melancholic in how it looks back at teenage romance.

If you need a little witchy distraction then Syd Moore is your woman. I’ve read all of Syd’s books, I still think The Drowning Pool and Witch Hunt are her best, but the Rosie Strange novels are perfect, move-along-at-a-pace, witchy-murder mysteries for holiday reading. Set in Essex, Rosie comes across as someone who might have gone on Love Island for a laugh in her teens but now is a fully paid-up feminist, witch-museum owner with a crush on the nerdy curator. Fabulously distracting and I learnt a lot about witch stuff.

The Designer by Marius Gabriel

Total, fashion-based escapism, set in the late 40s after World War Two, the heroine Copper Reilly befriends a timid, stuck-in-a-rut designer with the name Christian Dior. It’s entirely fictitious but romantically imagines the rise of Dior and Copper’s own lucky break into fashion journalism. Written by Marius Gabriel, my only man on the list, it has a wonderfully wistful, fashiony escapism so is a perfect holiday read.

The Tudor Crown by Joanna Hickson

Anyone who loves fact-pact historical novels but has run out of titles to read might like to start on Joanna Hickson and her historical tales of Tudor brutality. What is it with the Tudors? I can’t get enough of them. I recently walked around the National Portrait Gallery and re-visited the Tudor rooms, where the pretty scary looking characters -men and women –  loom large and decoratively out of the canvases. Man, did they know how to dress to impress. Am only half way through The Tudor Crown, but it’s a good one. 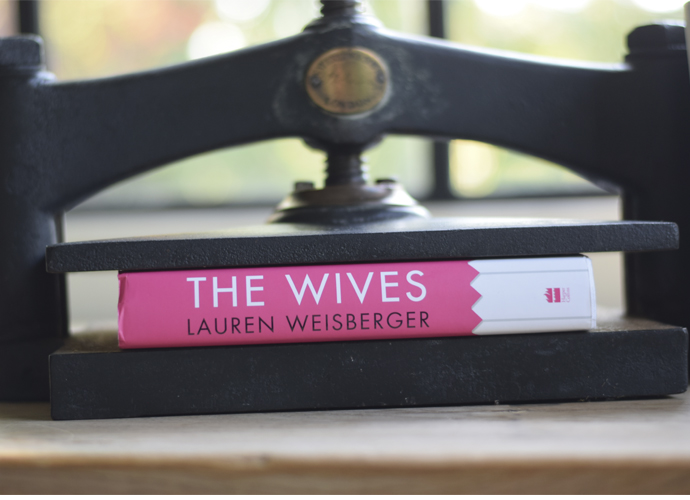 The Wives by Lauren Weisberger

Lauren will forever be known as the author who wrote The Devil Wears Prada, which I actually didn’t read (loved the film though) but put aside any prejudice you might have and consider this for your beach read. Set in a very modern world of social media, corrupt politics, celebrity-scandal-fixing and the wealthy who’ve settled in outer suburbs of New York (Greenwich), this is a great trawl through the inner workings of modern America. At least I’m assuming Ms Weisberger has her finger on the pulse and that quite a lot is based on what’s really going on. I can’t imagine anyone writing something similar about Barnes, but who knows?

What have you all been reading? Any good recommendations for a summer read?

About once a year I get an urge to sell my entire wardrobe on ebay and start again. I look at my rails of…