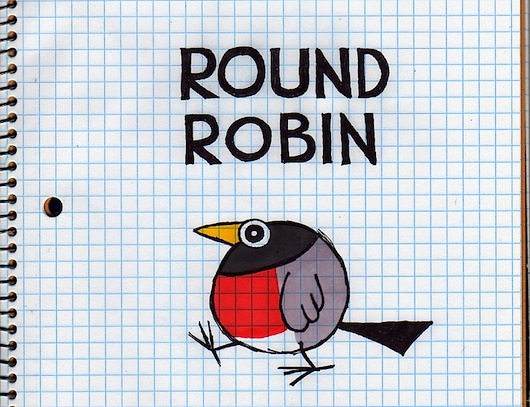 Apologies for the group letter but things have been a little hectic lately. Since August I have been having an affair and find I simply don’t have time for much else. It’s all been really rather exciting and seems to have brought me alive. The fact that its one of Tom’s friends Dad’s seems to make it even more thrilling and it should all be fine as long as no-one finds out. Matt doesn’t really seem to have noticed anyway, but does tend to get annoyed if I’m out around dinner time.

Anyway enough about me, the kids are fine. Tom is doing his GCSE’s this year and seems to be doing absolutely no work whatsoever. He spends most of his time in his bedroom – when he isn’t taking drugs or out till clubbing till 6am. We feel it’s good to give him freedom and let him experiment. Generally he seems fine, although we were a bit worried last week when he was arrested in Abercrombie and Fitch, but it’s all blown over now. I think a night in a police cell is all part of growing up!

Jemima is great and turning into a real young women, she has had lots of boyfriends, loves clothes and says she’d really like to be a WAG. Honestly girls today! She doesn’t actually have any hobbies as such, but is doing really well in her Saturday job in New Look and thinks she might like to do that rather than go to university. Her current boyfriend is lovely and so mature; I think having had a couple of children by the age of 19 has helped.

Harry is doing well at school and has lots of friends. He had a little mishap at a friends house the other day when he tried to help – by reprograming the computer and mending the dishwasher. He is so clever and inquisitve and we do encourage him to experiment at home. We were a little annoyed with him about the computer though, as unfortunately his friends dad lost quite a lot of the novel he has been writing for the last five years. They think maybe it’s better if Harry and their son don’t play together quite so much in the future.

All fine on the work front, I set myself up as a life coach/iris therapist and it’s going well, although maybe not so much call for the Iris therapy – maybe it’s the credit crunch. Talking of which Matt has taken voluntary redundancy from Hackney Council and is thinking of starting a poetry course, so we will have to tighten our belts for a while.

It would be great to see more of everyone in the New Year, so please do pop by if you are in the area. We are fruitarians now and are dabbling with the raw food diet, but could still rustle up a delicious supper. We have also stopped drinking (well not the children) as we felt we were poisoning ourselves, but we’re always happy to share a pot of kombucha tea.

Lots of love to all and have a great Christmas xx

It’s just a thought, but I am wondering if terrariums are the new taxidermy. Particularly after a trip last week to Paxton Gate, a most fabulous…