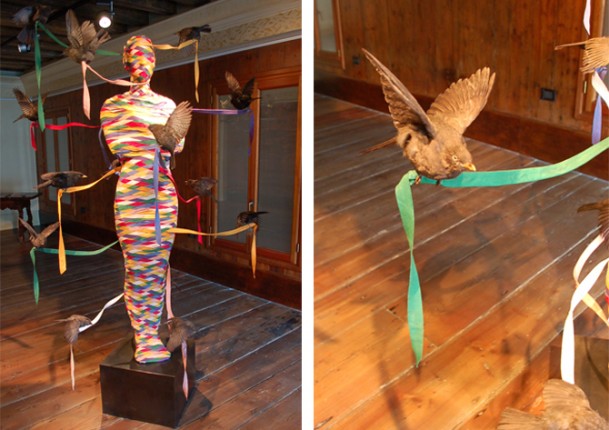 This weekend I went with art student middleagedad (and with gorgeous metallic blue nails thanks to No7) to see the Venice Art Biennale 2011. I know, I know, it’s hard sometimes doing this blog, it’s a tough life, but we battle through it.

Venice is one of the most magical places on the planet and now the Euro is almost equal to the pound, pretty much the most expensive too. But It’s hard to feel cross with it when you are on a vaporetto (think a No 9 bus converted into a boat, with water and sunshine) going up the Grand Canal. This year’s Biennale is called Illuminazioni and is based around light.

It’s all about immersive art today, forget paintings on canvass, how passé! No, now you need a room, better still a whole building and plenty of workmen around to construct a gigantic installation. If you can throw in a video projection or two, then you are made. Joking aside, I really like this completely losing yourself in an ‘experience’ rather than just looking for meaning in a picture. I wouldn’t want it to be the only art I enjoyed, but it’s fun for a change. Here are the best things we saw.

Vegetarians look away now, but Polly Morgan’s new work Burials, includes my favourite piece in the whole exhibition, a Maypole mummy wrapped in colourful ribbon, being slowly unwrapped by a flock of taxidermy blackbirds (above). How Polly gets her birds (which are all brought to her from ethical sources, she mostly uses road kill) to look so exactly as if they are in flight is quite amazing. 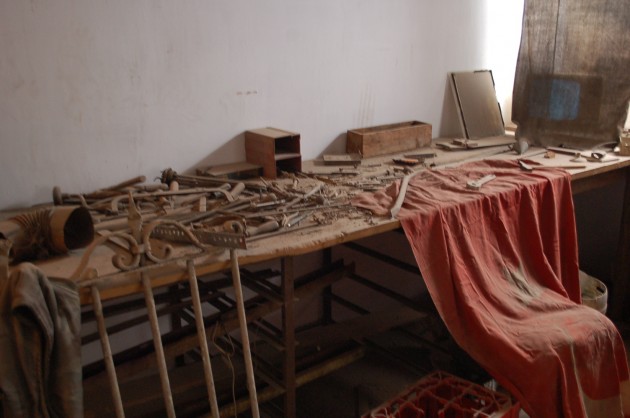 Mike Nelson’s I Imposter installation at the British Pavilion was fabulous, he filled the entire space with lots of small, grubby rooms that were inspired by Istanbul, all the props,machinery,  wood and even the dust came from the city. As you wandered through the spaces you found yourself inventing stories about the remnants of chandeliers or abandoned weaving looms encountered along the journey. Coral Reef, Mike Nelson’s labyrinth of similarly spooky room sets is on display at Tate Britain, it is similarly magical and easier to get to than Venice. 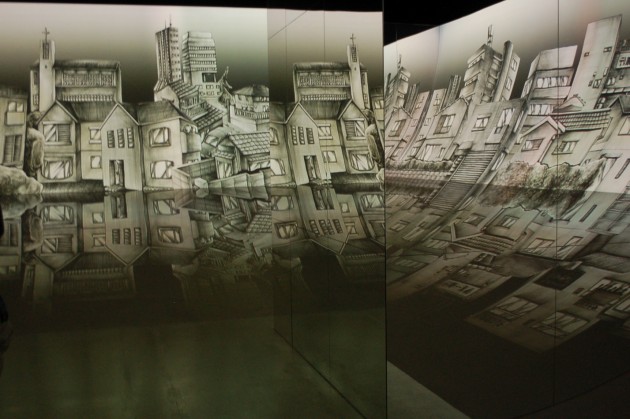 We were mesmerised by Japanese artist Tabaimo’s installation Teleco- Soup, a mix of gorgeous, haunting illustration projected full scale onto three walls that curved at the base, softening the image. Further displacement happened when you factored in the three full size mirrors and that the room was dark….it seemed beautifully bonkers and although we had no idea what was going on, her haunting drawings stayed with us all day. 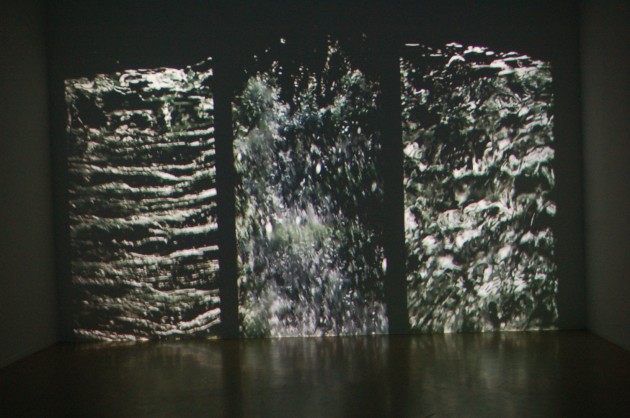 Over at the newly restored Venice Pavilion, Fabrizio Plessi showed Vertical Seas, a video and sculpture montage of giant boat constructions and video images of sea and water. The boats were cool, but we loved the simple projection of three different visuals of moving water on the back wall, where the black and white images slowly crept up the screen, highlighting the textures and shapes moving water can make. Sometimes it’s best kept simple. 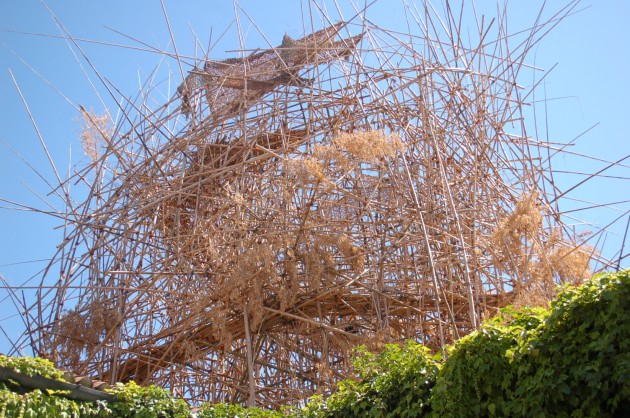 Next to the Peggy Guggenheim museum was this rather stunning construction called Big Bambu, made out of over 3000 bamboo poles by two American Artists Doug and Mike Starn. Sadly it was closed so we couldn’t go climb it (you can apparently) but it was so big you could see it from the Grand Canal and it looked exciting contrasting against the traditional Venetian sky line. Our American readers might have already seen it as it was on top of the Metropolitan museum in New York last year. 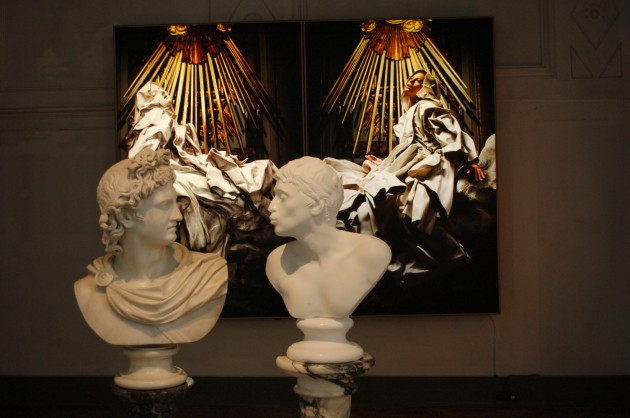 Half the fun of the Biennale is that many of the artists set up home in buildings scattered around Venice that you would never get access to normally, so it’s worth visiting them just to have a nose around. The Prada Foundation is in a breathtakingly beautiful building half way up the Grand Canal and the interior, with its painted walls and gorgeous textured marbles and stone work almost out shone the art. We did love this sculpture by Francesco Vezzoli, though (above) because it was just perfectly cheeky at just the moment when we’d nearly had enough culture. 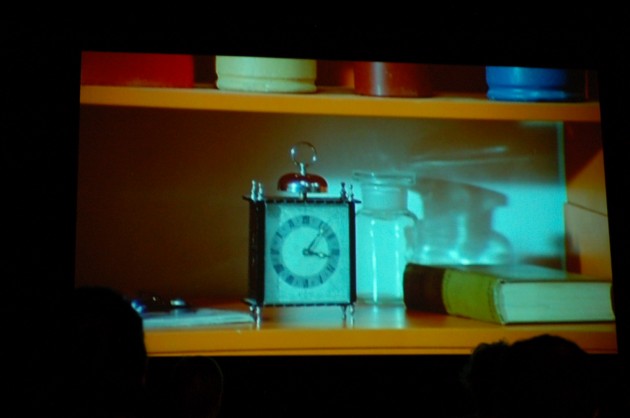 If we had to choose one favourite piece, it had to be The Clock by Christian Marclay, which is 24 hours of film made up of people looking at their watches/mentioning the time/showing the time from TV shows and film . The seamless execution of the piece (it really feels like a proper film) is made all the more extraordinary by the fact that every reference to time on it is the actual time in real life, so it’s synchronised with the real time you are watching the film.. MAD and I watched it for two hours (3.00pm to 5.00pm) completely transfixed.Now that’s what I call immersive art. It has already been shown here in London and if you get the chance to see it, don’t hesitate.

Venice Art Biennale 2011 is on until 27th November. Check the website www.labiennale.org for details