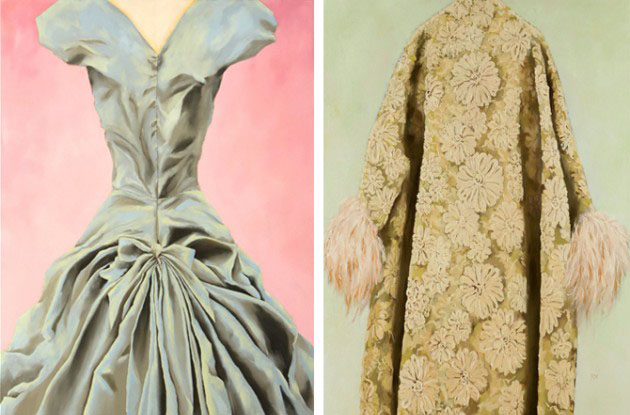 Back in the days, I once went to a fashion show that made my heart lurch, the hair on the back of my neck stand on end and my credit card faint with panic. It was a Workers For Freedom show, in the season when the designers, Graham Fraser and Richard Nott, won the Designer of the Year award (1990). I was working for Liberty in London and the buyer (the best department store fashion buyer EVER) Angela Quaintrell knew the boys well and was a champion of their work. She took me to the show, which featured Yasmin Le Bon and Naomi Campbell and we both agreed that it was a ‘fashion moment’. It was ironic, but we also knew that the boys were completely broke at the time and despite winning the award and being much lauded, they struggled to make the business pay.

I still have two creamy thick silk shirts with appliqued flowers and engraved buttons and a chocolate brown velvet embroidered scarf, bought from that time  which I wear regularly. These clothes are older than my children but still look fabulous. The pair sold the business in the late 90s and went off to do other things.

Richard became a painter, rather than a maker, of dresses and recently came to our attention via the lifestyle boutique I Gigi in Hove, Sussex, TWR readers Barbara sent us the link to the gorgeous looking store (which we will check out as soon as we can, it looks lovely) which was exhibiting Richard’s work. He paints dresses and kimonos, among other things and they are full of atmosphere. You can just tell he loves a frock and knows his way around one with a pair of scissors as well as a paint brush. Sadly the exhibition has now finished, but you can check out Richard Nott’s website where you can look at the rest of his beautiful work. We love them, but we also wish he was still making clothes.

We seem to have so many friends writing books at the moment, we don’t have much room left on our coffee table!! This time our mates Sue and Susie have come up with the essential insight into the world of…