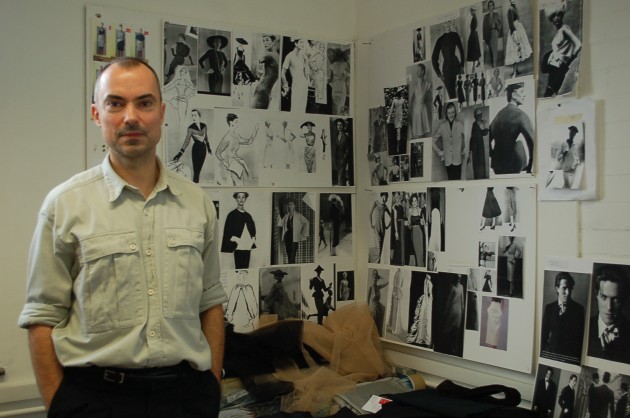 Before the madness of Fashion Week, Jane and I popped along to meet the charming ( and rather dashing, we thought) Mr Soar in his CFE-sponsored studio space in Mare Street. Tim is well known for his great menswear tailoring but last season, encouraged by the CFE team, he moved into womenswear and spring 2012 will be his second season. It has been generating a great buzz amongst those in the know this week for its elegant but easy to wear tailored silhouette and autumn 2011 is currently sold at Browns and Harrods. We snapped him in front of his inspiration board for the spring summer 2012 season and you can see how it was slotting together from the stylish ideas he was pinning up.

Tim was inspecting vintage Afgan coats in rich colours when we saw him, curious to see if he could deconstruct the tailoring shapes and work them into something new. You can see the influence both in colour and shape in the inside-out tailored jacket below. Grown up style for sure. 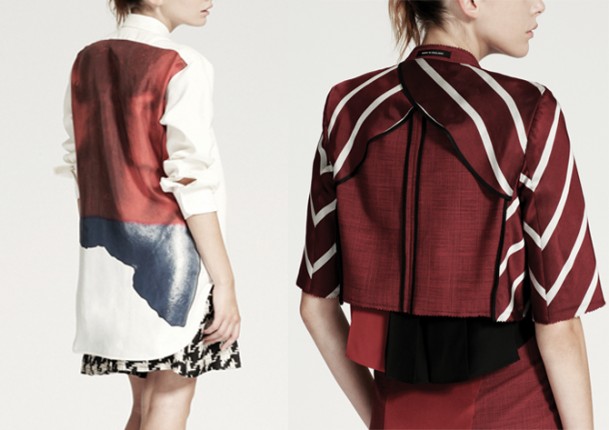 We also love the oversized dog-tooth check in black and white layered with shirts and jacket combos for a modern tailored angle. Pop on a pair of Grenson women’s brogues (launched any day now, see our Thing We Love section) and you’re off! 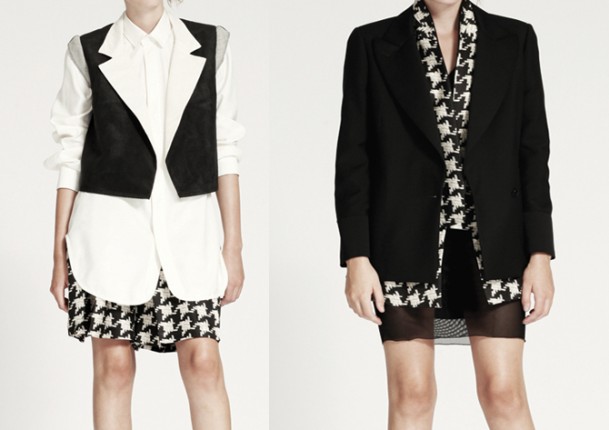 One absolute joy of having our blog, is that we meet so many interesting people, including other bloggers, many of whom have turned into…