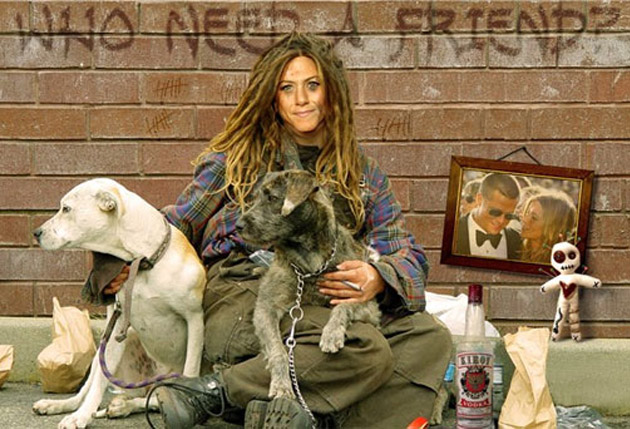 Despite much being written in the press about the increasing numbers of older single people, and the mainstream advertising of internet dating sites (the term ‘lonely hearts’ thankfully being so last century) becoming commonplace with TV adverts for Match.com sandwiched between fish fingers and fabric conditioner, being single, female and over forty brings out varied, and often surprising, reactions in other people.

I don’t want to play the hard-done-by-female card but there is no getting around the fact that we are viewed differently than single men. A single man is generally portrayed as an eligible bachelor, a single woman as sad and lonely. Don’t believe me? I’ll give you two names and you can decide for yourself. George Clooney.  Jennifer Aniston. See? No-one ever seems sorry for George back-on-the-market-girls Clooney, do they? In fact his single status is positively celebrated. But the continual hand-wringing for Jennifer will-she-ever-find-happiness Aniston is relentless.

Of course it could be the underlying worry (not that it’s any of our business) that poor Jen needs a man pretty damn pronto before she finds herself in a ‘left it too late’ situation, whereas there’s no need to be concerned on good old George’s behalf; he has plenty of years left to sow his seed. It’s these publicly discussed assumptions being made, and the implication that she can’t possibly be happy without a permanent partner in her life, that get my goat.

The media can be the mean kid in the playground when it comes to reporting on a story that features an un-partnered woman of middle years who just happens to be single. She might have been robbed of her life savings by a professional conman with Oscar-worthy acting skills but at some stage the emphasis will be the ’lonely woman, desperately looking for love’ who is conned out of life savings. Or the early morning photo taken of a frown-y-faced Jennifer could be due to her sleeping through the alarm, tripping over the dog, realising the milk is off and her favourite top is in the wash and she’s now in the wrong outfit and late for an interview. In other words she’s just going about her life. However you can bet your next months subscription to Meetafella.com the write-up next to that photo will suggest that Jennifer is putting on a brave face because she’s single, yet again, and has spent another night in her sad, empty, lonely house, all by herself. Just for the record, ‘alone’ is not the same as ‘lonely’.

The media might well paint this ‘one size fits all’ picture of the single woman but some who actually know her, and for some reason are unable to separate her from the ‘single’ label, can often perpetuate the myth on a personal scale. I’ve been quizzed by people who know me fairly well demanding (yes, really) to know why I think I’m single and still not married at my age, as if it’s some sort of major failure in life. I’ve even been asked “But are you happy?” when I replied to someone that no, I didn’t at that moment have a man in my life. The concept of being able to create my own happiness/contentedness, whatever you want to call it, without a man being around to help provide it for me, seems inconceivable to some.

If I were to describe in TV terms how I feel on a day-to-day basis, on a scale of 1 (The Killing) bleak and miserable, to 10 (Doc Martin) warm and fuzzy, I’d say I’m probably a 7 (Come Dine with Me) some fun moments with mediocre cooking and the occasional person I’d like to punch.

Yes, I would like to find someone to share my life with, but wish I could just get on with it without having to dodge these negative preconceptions. Single is just an attribute, it’s not a whole identity. Does anyone else feel the same way?

DVF tunic dress was £360, n0w £174 DVF party dress was £275 now £178 DVF2007 Vintage buy It seems to us that trying to look effortlessly gorgeous during Christmas is a task we could do without. When young and single,…