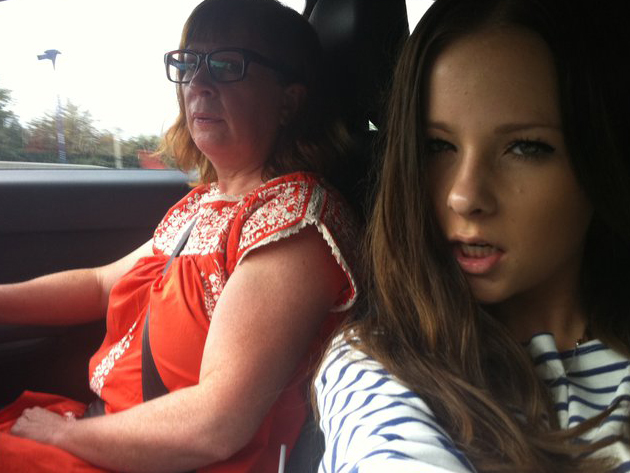 A recent academic study has found that women can feel threatened by an attractive peer and as a result their reaction towards a woman they consider a threat, can range from a simple sneer and eyebrow raise, to horrible comments. The report by psychologist Tracy Vaillancourt, from the University of Ottawa and Dr Aanchal Sharma of McMaster University in Canada concluded that when women are bitchy, we are simply following our primeval instinct and attempting to survive by destroying the competition.

Last week Angelina Jolie told US Marie Claire, that she didn’t really have many female friends and India Knight wrote in her Sunday Times column about how we women don’t generally don’t trust woman who don’t have girlfriends. Which of course is true. I have always thought of Angelina as one of those attractive women who doesn’t really bond with other women. But for me it’s not based on being jealous of her looks, but more about her potentially being the kind of woman who needs constant male attention and other women may get in the way of that. Like I know anything about her, see, now I’m being bitchy!!

Maybe this is the problem, women make judgements about other women based on nothing other than instinct and what they see online and it happens in real life, as well as the media.

Has social networking made us more bitchy than ever before, as there are more forums for snooping and gaining access to peoples lives, therefore opening us all up to criticism? Perhaps that’s the problem with being ‘friends’ with people, who pre-social networking, would have simply remained acquaintances. One meeting a party and you receive a Facebook friend request, which it seems rude not to accept and before you know it you have access to all their photos. Hello, TMI, I’m not sure I also need to see pictures of your girls holiday in the Gambia, complete with new ‘beach boyfirends’!! And are all those ‘likes’ and comments about how fab you look really true – I don’t think so!

On a recent road trip with the teen, she took the above snap after we had been driving for four hours, listening to drum and bass! I was grumpy and hot and she uploaded the image straight onto FB, much to the amusment of my friends. I was horrified as it is possibly the most unflattering picture I have ever seen of me, but in the end I just had to laugh and leave my own comment ‘who is that fat nan?’

I refuse to be drawn into the current obsession with using images of myself as some kind of social currency. Scroll down the comments on a teens FB page after they have uploaded pictures of themselves, which have clearly been posed for and possibly even photoshopped and they are all ‘ you are so peng babes,’ OMG how sexy’, ‘ I love your dress’ etc etc. Oh please, read between the lines girls, what they are really saying is ‘ I hate you as you’re really pretty’, or ‘ actually you’re a little bit over weight and that makes me feel so much better’. Or are they simply being nice, who knows?

Twitter also has it’s fair share of not so subtle back biting going on, with (I’d like to say poor old – but I simply can’t) Liz Jones bearing the brunt of quite a few bitchy comments. Ok, she writes about herself all the time, and should be able to take the flack. But it often feels a bit reminiscent of the school playground. One person makes a comment and before you know it you have joined in and are at the back of the crowd, behind the bike sheds, egging the bullies on.

Whether it’s in our genes or not, I think it is simply human nature for women to talk about other women, and find me a woman who doesn’t do it and I’ll find you a woman who doesn’t have many female friends. I am not talking about nasty, hurtful, bitchiness or eliminating the competition, just curious speculation, nosiness and general gossiping. Isn’t that what makes the world go around?

Now I don’t want any horrible bitchy comments about my picture *whispers* ‘God I didn’t think she would look like that, I thought she’d be far more glamorous’!!

The contemporary art gallery EB&Flow is showing the work of Saatchi-star Katie Louise Surridge in her first one man show in London. Jane and…