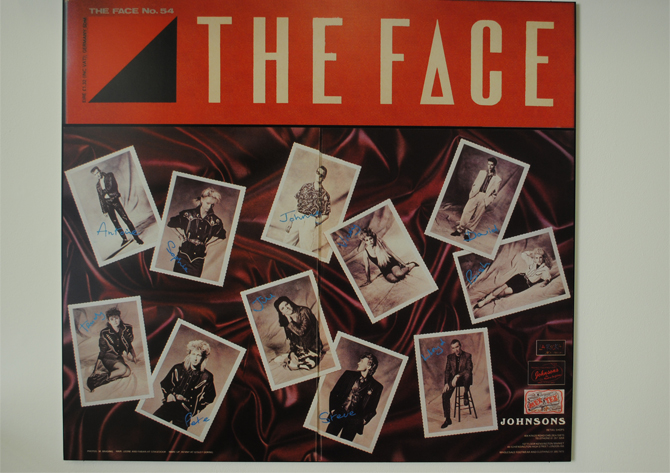 Double page spread for Johnson's in The Face, designed by Lloyd and featuring the shop staff

Over in the Chelsea College of Art’s Chelse Space for the next five weeks is an exhibition of designs from menswear retail legend Lloyd Johnson, co founder of Johnson’s The Modern Outfitters.
It’s hard to pick the most influential bit of Lloyd’s retail and design career, from the original Heavy Metal Kids in Kensington Market, which he set up with Patrick Cockell selling suits and shirts (below) in 1967, to the Johnson’s The Modern Outfitters stores, run with partner Peter Boutwood, which sold clothes to Iggy Pop, Tom Waits, Mick Jagger, Jerry Lee Lewis, Bob Dylan and George Michael, to name just a few picked from an awesomely long list.
Lloyd was a bit of a visionary back in the day and was buying vintage menswear when everyone thought he was bonkers bothering with ‘second hand’ clothing, as it was called then. ‘No one was buying vintage back in the 70s and 80s, we got the pick of everything, if we heard someone had something good for sale in Bradford, Peter and I just left the shop, got in the car and went for it’.  Ah, retail ain’t what it used to be.
Lloyd also manufactured all his designs in the UK which made him a fast fashion retailer long before the word even existed,  ‘If we had fabric on the floor, we could do a new design, get it manufactured and selling within two weeks, and we could make very small runs, sometimes just ten of something’ he told us. If only retailers and designers had that type of flexibility and manufacturing base to hand today. Those of you hanging onto your vintage Johnson designs might be interested in the fact that some of the appliqued leather jackets from the 80s are selling on Japanese auction sites for close to £5,000.
All the clothes for this show were gathered together via Facebook from buyers, store staff, rock & roll stars and collectors, so this is likely to be a one-off moment in menswear retail history, there’s no book either (time to write one Lloyd). If it’s your sort of thing, I’d pop over and take a look while you can.
Chelsea Space, Chelsea College of Art & Design, www.chelseaspace.org      Lloyd’s exhibition runs from 24th January to 3rd March 2012 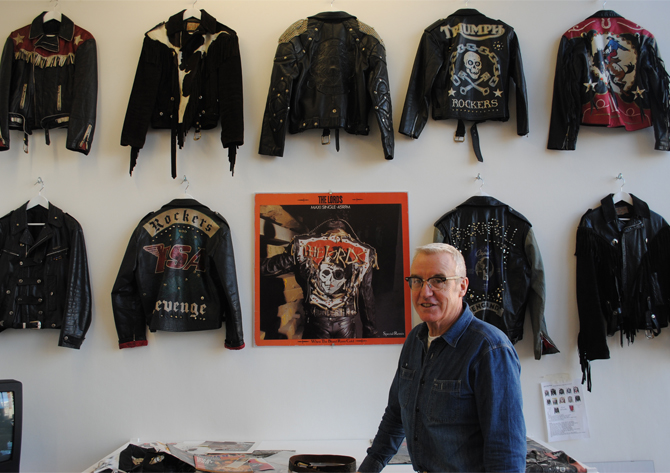 Lloyd Johnson, standing in front of his ‘leather jackets from the 90s’ wall, the one above his left shoulder was worn by George Michael in his video with Aretha Franklin 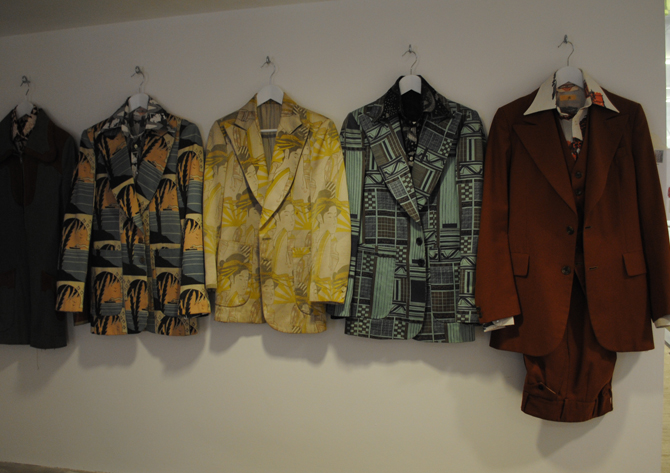 Suits from the 60s and 70s from Cockell and Johnson, as worn by the likes of Davids Bailey and Hockney, Ronnie Wood and Rod Stewert Johnson’s did some womenswear, including the printed pieces above, the artwork for the prints, designs and manufacture was all done exclusively for the brand in the UK. 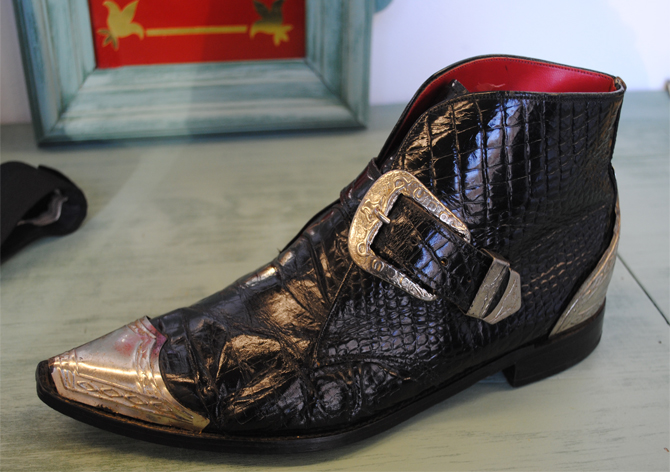 Apronisms: Pocket Wisdom for Every Day, by EllenAnne Geisel is full of sayings you may have heard from your Mother or Grandmother. What you once thought of as old fashioned and dull you may now appreciate as wise and increasingly…