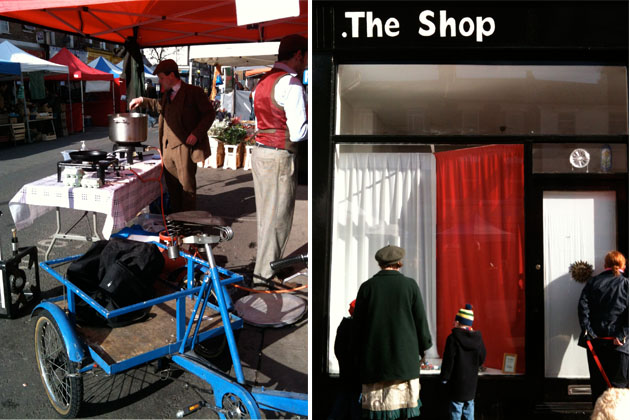 Since owning a dog, M.A.D and I have taken to going for long walks at weekends and have been discovering some really interesting, previously unexplored parts of London.

This weekend we were out and about in our very own borough, finding some great  new shops, galleries and cafes. Hackney is home to many artists, creatives and forward thinkers, who are slowly transforming once run down, neighbourhoods into lively, interesting places to eat, shop and hang out.

I am not talking about re-generation here, as that can means rising house prices, silly shop rents and driving out those born and bred in the area. This is about taking what’s good and and adding to it. The new breed of young entrepreneurs are keen to work with the local community and integrate into it, rather than putting the locals out of business.

Homerton is an area, which, apart from visiting the hospital I didn’t know much about, although my friends Rachel and Cat had been assuring me for years it was on the up. Cat was even bold enough to say that Chatsworth Road was the new Broadway Market, but that may be going a bit too far (and I’m not exactly sure Broadway Market is the best example of how to change an neighbourhood- but that’s another story).

The innovative team behind The Peoples Supermarket are in the process of setting up a venture in Homerton. Hackney Council and Viridian Housing have asked the the Peoples Supermarket management team to take over (for free) a vast site opposite the station. A 10-week consultation led to 500 people pledging support for the idea which will also house a creche and cafe. They need £1 million and are using a ‘Brick by Brick’ fundraising campaign to get things going. They plan to open by the beginning of June 2012.

The Chatsworth Road area is the hub of the changes in Homerton, with some really interesting shops and cafes beginning to pop up. Previously a thriving market, (it closed in the 90’s) local traders keen to create a sense of community and to encourage people to shop locally, campaigned for several years to revive it. They were finally successful last year and it’s gone from strength to strength since the Sunday market went weekly.

The great thing about Chatsworth Road is, while it has it’s fair share of artisan bread/vintage clothing stalls (nothing wrong with those  but you know what I mean) it also has a wide variety of food from around the world and interesting, useful stalls. One gets the sense, that this is truly a local market and not just a place for arty hipsters to drink flat whites on a Sunday – although there are plenty of those too – natch! 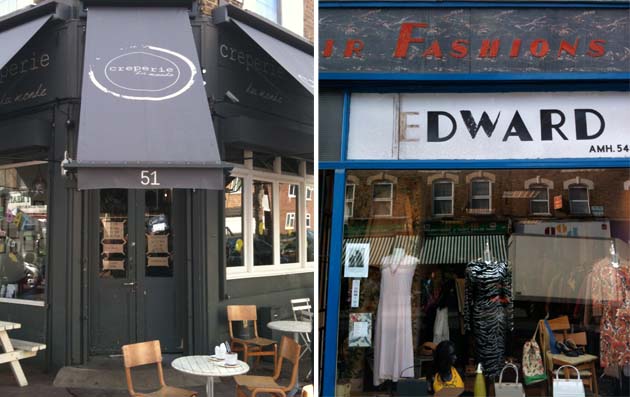 Apparently Chatsworth Road was where Sir Alan Sugar first traded back in the day, selling army surplus on a market stall. Now it’s the place to stock up on fruit and vege, eat French-Vietnamese banh mi, try Bamber Brothers homemade luxury cheesecake, Hackney made jam from London Borough of Jam, or eat devilled kidneys from What the Dickens. 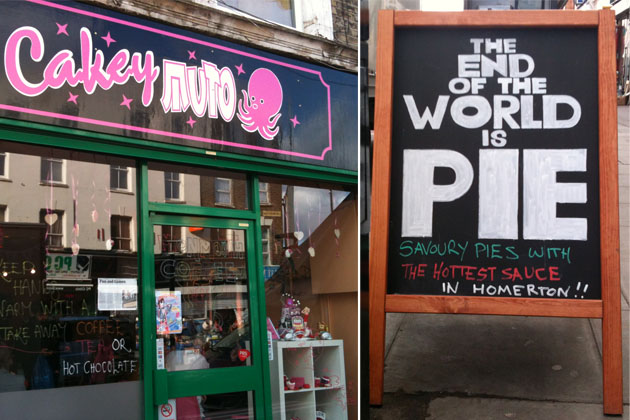 And if you are not completely stuffed after all that, pop into Cakey Muto for a delicious homemade pie or cake.

Chatsworth Road market E5, is open every Sunday between 11am to 4pm.

Who: Sue Where: flat 4 floors up above the roaring traffic, hospital sirens and braying Sloanes on the Fulham Road in Chelsea. It seemed a romantic place to move to 25 years ago, but clicking knee joints and a Freedom…