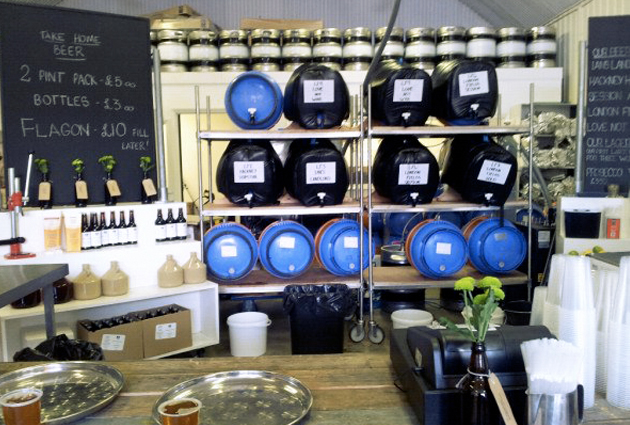 Just when most people are trying to detox, or at least stick to the reccommended two alcohol free days a week, we are banging on about artisan distilleries and micro breweries. Instead of doing the ‘no drinking in January’ thing, perhaps it’s better to try the ‘only drinking things brewed by small companies,’ instead, as artisan alcohol is becoming increasingly popular.

London Fields brewery opened in August last year and is already producing 13 beers, including two lagers and a selection of ales. Run by Jules Whiteway and Ian Burgess (who also runs a coffee shop on Broadway Market) the brewery host live music events in their premises under the railway arches, near London Fields station, where you can try and buy the beer. They don’t yet wholesale but have big plans for 2012.

I bought a selection for friends for Christmas and they loved trying the different types and assured me they were delicious. Sign up to their newsletter to receive emails for their next event. 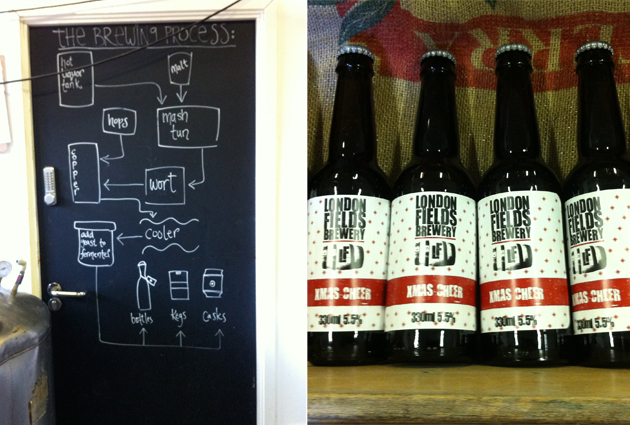 East London seems to becoming something of an artisan brewery destination, as there is also The Redchurch Brewery in Bethnal Green, who specialise in handcrafted bottled beer and in Leyton, The East London Brewing company make traditional ales for a number of London pubs . The owners of The Charles Lamb pub in Islington, also plan to start brewing a golden ale, best bitter and American pale ale.

Who knows, there may even be a Hackney Beer Festival soon!

We are well aware that we can be a little London centric at times. We have lots of readers all over the Uk and in fact the world, so it might be frustrating at times when we draw attention to…