Edgware Road tube station and outside the V & A

Until a few weeks ago, I was a bit indifferent, some could say cynical about the Olympics. Having watched previously ignored Stratford and parts of Hackney transform from run down uninspiring urban wastelands to landscaped, architect designed perfection, certainly made London a more pleasant place to live on the surface, but one wondered about the long term effects of the event on the area.

As Eddie said in this weeks truly awful episode of AbFab, “It’s been everywhere for five bloody years hasn’t it” and unless you were directly involved in the Olympics, that’s certainly how it felt for lots of Londoners. In the long lead up to something we didn’t particularly feel part of, the hysteria surrounding how hideous our journeys to work would be, mounted, and we prepared for an onslaught of tourists and Olympic visitors. The dreaded Olympic lanes appeared, stories of traffic chaos prevailed and our cynicism grew!

But then the sun started shining and the flags went up, London came alive in an almost hyper real, cinematic way and over the course of a week, we miserable Londoners looked up from our iphones and Blackberries and saw our city like the visitors. A vibrant, exciting place to live, a million miles away from the riot torn London the world saw last summer. Whether you cared about the Olympics or not,  no-one could fail to be impressed by the way our city had transformed itself, even if for some, it was only on the surface. 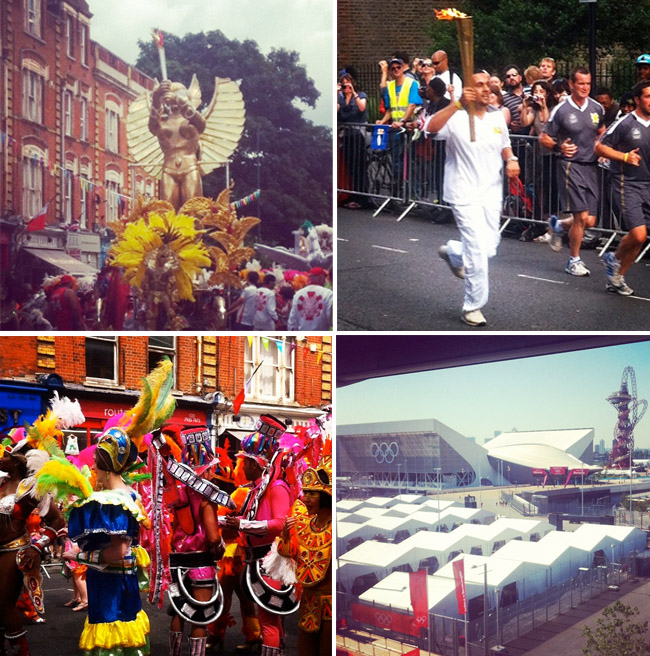 The feeling in Hackney was also one of pride as we came to the streets to see the torch and celebrated being British in the way only Hackney could. East London became the centre of the world (which we already knew) and suddenly felt proud to host such a momentous event. Even in the cynical old Republic of Stoke Newington, we were out with our flags, celebrating in our own unique way. 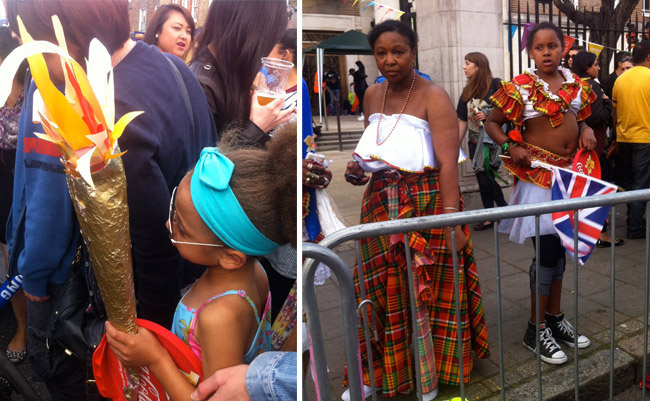 The slightly bonkers opening ceremony not only highlighted to the world our historical importance, creativity and humour, it illustrated how we are proud to embrace a multicultural society and call ourselves British wherever we originate from. It reflected the Britain we Londoners see on a daily basis and that’s why I will never live anywhere else.

Sarah Brown tweeted “Total respect to Danny Boyle for giving us a Great Britain we all recognise, love and want to cherish even more”.

As for the sport – I’m not so bothered, but watch this space, that could also change!

More potential Valentine treats, these lovely embroidered Fiona Paxton bracelets would just brighten the day living at the end of your arms, wouldn’t they?…