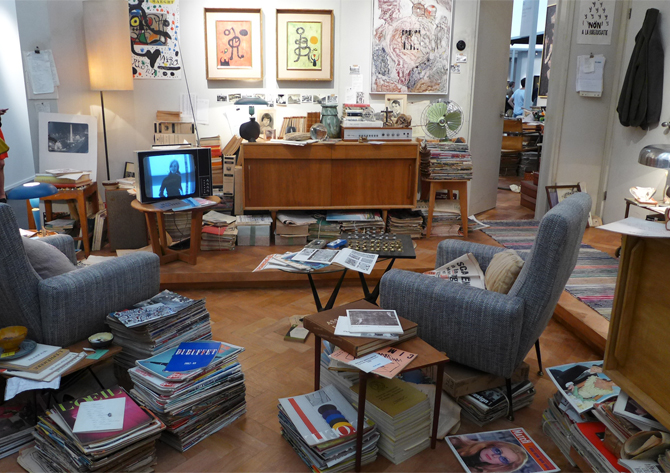 The art at Frieze in London this year was as good as ever, no sign of any downturn/recession/holding back amongst the super rich, who bought in abundance according to our inside sources. So far so normal. But there was something really extraordinary on show at Frieze Masters, at the Helly Nahmad gallery.

Where most of the galleries set out their art like you’d expect an art space to look like, Nelly Nahmad did something quite different. The gallery invented a person, The Collector, constructed a flat (circa 1968) around his persona and curated a whole pile of ‘stuff’; furniture, magazines, trinkets, photographs, nick-nacks and even a fully kitted out kitchen, within which to set the art. It was lifestyle merchandising selling for art and I’m not sure it’s ever been done by a commercial gallery before.

The most interesting thing about the set up -which included some beautiful work from Morandi, Picasso, Dali and Miro, was the impact it had on visitors. Normally you’d expect to see one or two people wandering around each of the galleries. The Collector’s stand was absolutely jammed with people curiously studying every aspect of each of the three room sets, peering at the piles of Paris Match (the flat was supposedly set in the Montparnasse area of Paris), checking out the mid century furniture and wondering if any of the rather fab lighting was for sale.

All the art was placed almost haphazardly around the flat, as if it had been picked up from local flea markets, mixed in with all the other cultural artefacts picked up by our hoarder-collector. The overall affect was highly engaging, it was like the flat of an imaginary arty uncle, who’d just popped out to buy more fags and whisky, leaving you to potter around in awe, staring at his pictures and wondering hopefully if he might leave it all to you when he died.

As a hoarder, I found it surprisingly moving. All that ‘stuff’, the story created around the collector, the beautifully careless way it had all been set out, it was like a fabulous mash up between Grand Designs, The Antiques Road Show and Storage Wars. 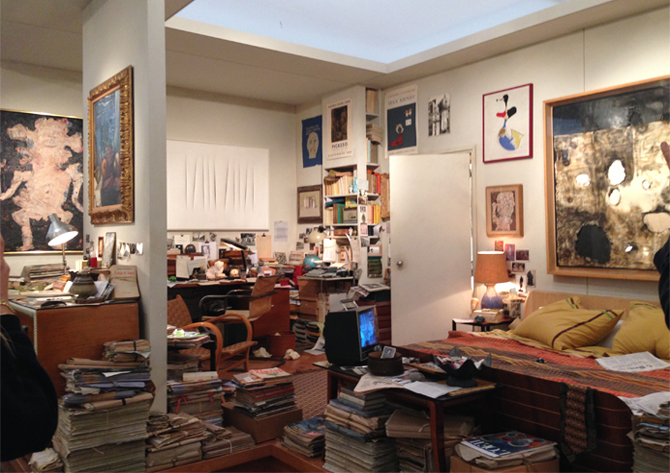 It made me realise how much people like piles of stuff. The minimalists amongst you may be screaming at the chaos and clutter here, but the crowds of slow moving onlookers reinforced my belief in how much we love to read a person’s story through the ephemeral they’ve collected throughout their lives. It’s like a living narrative. 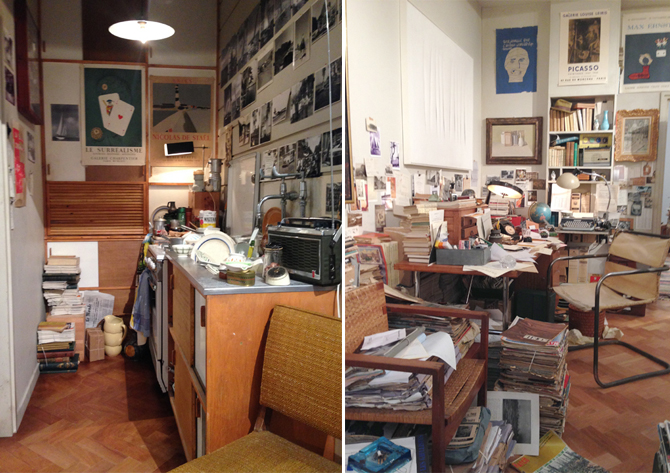 So normally I’d be showing you the art highlights, but this year it’s all about the setting. And clearly, the importance of clutter.

When I am half way through my interview with Su Mason, co owner of Blue Linen, a vintage clothing and linen seller I met at…