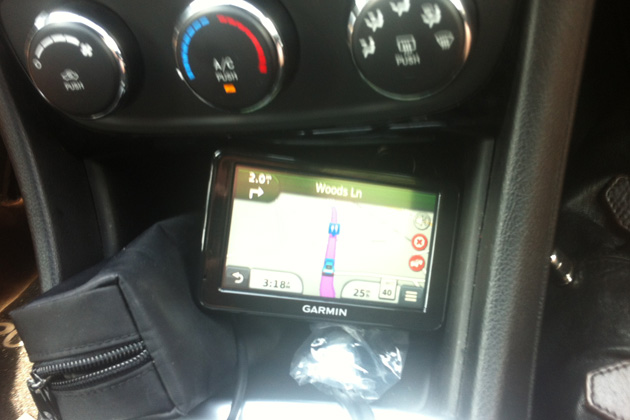 As we all know there are many things that can ignite an argument on a family holiday (too many to list here in my case!) but the one thing guaranteed to set off absolutely everyone I know, without exception, is the “map reading in another country” scenario.

I am a real believer in maps, in fact I would go as far as saying I love maps, and have been known to read them for pleasure without actually going anywhere. A bit like reading complicated cookery books – I know I may never cook Chateaubriand or trek in the Himalayas –  but I enjoy the fantasy.

I also think maps are important to give one a sense of perspective and orientation when travelling and have never understood people who are happy to be ferried around in taxis (usually on work trips) without any knowledge of their surroundings. The first thing I like to do in a new city is to take one of those tacky tourist buses, with map in hand (pictorial if possible) and get my bearings. A quick tour of the historical places of interest and one is full of facts to bore everyone with at dinner and has worked out the lie of the land.

Family holidays however are slightly different, as they often involve driving across countries or in our case, States. In America its impossible to buy a map of the whole country, which of course makes sense. Imagine the wrestling of paper and impossible folding situation involving 50 States?

Unfortunately it also seems impossible to buy maps which cover even two neighbouring States, which means a long journey can involve much folding and unfolding and trying to fit together two different HUGE maps to make connections.

Having already been down this route (pronounced rout as in grout) two years ago, when I insisted Sat Nav’s were for stupid people and we were breeding a generation of incompetents when it came to geography – I though for the sake of family relations  (there were tears, slamming of doors and a near death situation on a freeway!) that this holiday we should get ourselves a Sat Nav.

We needed to get from Long Island to Connecticut which sounds simple, but involved lots of crossing of water and States. Having got the teens to programme Sally Sat Nav (with an American accent for authenticity) we set off, full of hope and confidence. What could possibly go wrong with Sally in charge? I felt a sense of liberation and strangely light headed. We were going on a journey and how we got there was someone else’s responsibility. There would be no driving down the highway in the wrong direction, screaming “It’s right here, right, right, I SAID ITS RIGHT HERE, oh for F…’s sake we’ve missed it – again”!

Sally said it would take three hours to get to our destination and we planned to stop for breakfast – perfect, we would arrive at our friends house mid afternoon – ever the perfect house guests. Half an hour into the journey, the teens plugged into their ipods, MOR rock on the radio and an air of pleasant companionship in the car, MAD and I were chatting about the holiday so far. “STOP”, I screamed, “I left some clothes in the wardrobe of the hotel”. I omit to tell him it’s most of the new J Crew collection and I haven’t worn any of it yet. “You need to turn round – NOW”.

An hour later and mood in the car is a little frosty, but MAD is on holiday and a tan always makes him mellow and anyway SSN has it all under control. We have reached the edges of the Bronx and are beginning to worry, not because we are near the Bronx (we live in Hackney FGS) – but because our location doesn’t seem to make any sense.

We seem to be making our way back to where we originally started our journey three days ago. Does the car have some sort of homing device and is taking us back to the mother ship in mid town Manhattan? I start to fiddle with the sat nav. “DONT TOUCH IT” everyone screams – I am not known for my knowledge of remote controls! “It’s fine”, I say confidently, “I just need to see the bigger picture (story of my life) I need to where we’ve been and where we are going” (another story of my life – but lets not go there!).

Of course there is no way that we can see the bigger picture (after all this is America) and after asking the teens several times if they have put the correct destination into SSN, we carry on our journey hoping we are indeed heading to Washington Depot CT, not Washington DC.

Three hours later and we are in deepest CT and SSN is still saying an hour to our destination, but I have lost the will to care. MAD is not quite so tantastic and chilled out. “How long now” he sighs. “I have no idea, it keeps changing” I say vaguely. I’m not really listening and gaze out of the window at the rolling hills of rural America. “TBH I don’t care if it takes another two days to get there, when we get home we’re getting a Sat Nav”.

Middleagedmum.com: the Sat Nav that saved my marraige

Be still my indigo-loving, denim obsessed, all-things-Japanese-admiring heart, for this April there is to be an exhibition of 40 fine examples of Boro work…