We spent a few days in the Hamptons as part of our summer holiday in the US, mainly because teen daughter and I are a little obsessed with the trashy American drama Revenge. We were disappointed to find that the show is actually filmed in North Carolina, but nonetheless, were excited to wander around pretending we were in it!! One of the main characters Victoria, wears Herve Leger type dresses 99.9% of the time, which we thought was unlikely, until we visited East Hampton……more of that in a minute. Lets just say, one doesn’t dress down for a holiday in the Hamptons!

We decided to stay in Montauk, as it is the most laid back and least pretentious of the Hamptons villages. We stayed at Rushmeyers, which is described as a summer camp for grown ups and has a laid back, surfer type atmosphere and great food, We were glad we had booked mid week however, as apparently it turns into party central at the weekend when the Brooklyn hipsters pitch up. Montauk has attracted creative sorts, artists and musicians, as well as surfers for many years and Andy Warhol rented a house there for several summers. He invited his entourage of famous friends, including the Rolling Stones, who wrote a song about the Memory Motel, which was the only place to play pool in the 60’s. It is still a run down, rock n roll kind of a place and we just had to play the song while driving past!

Another must see/eat while in Montauk is seafood and Lunch on the Montauk Highway is the place to go, as they serve the best lobster rolls in the area. 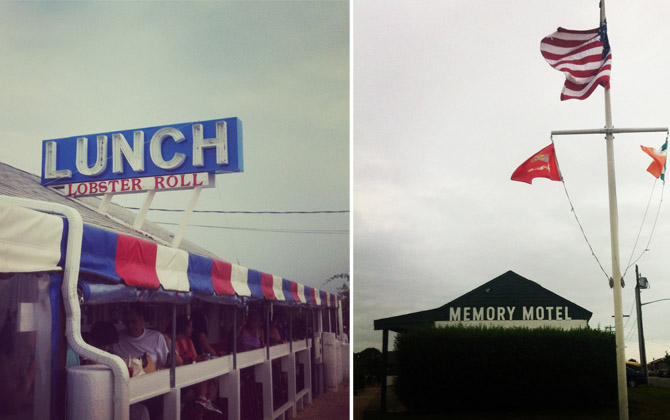 Lunch and the Memory Motel

Thursday is market day in Montauk and offers the best selection of fruit, vegetables, flowers and home made food. 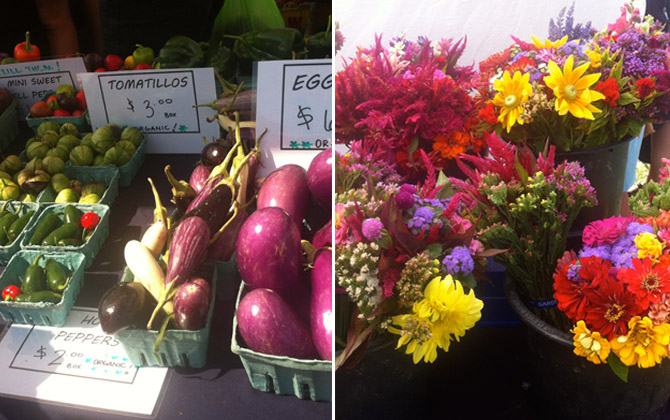 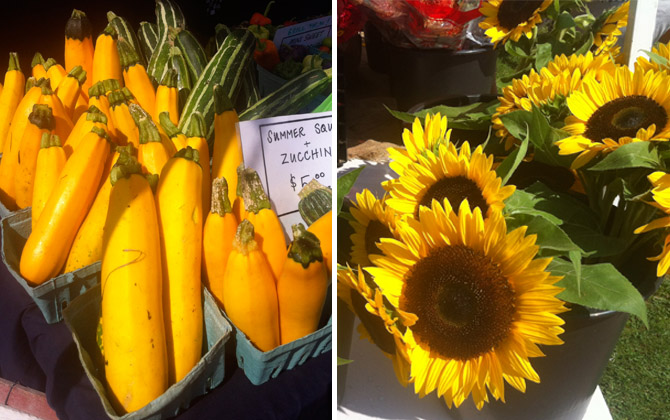 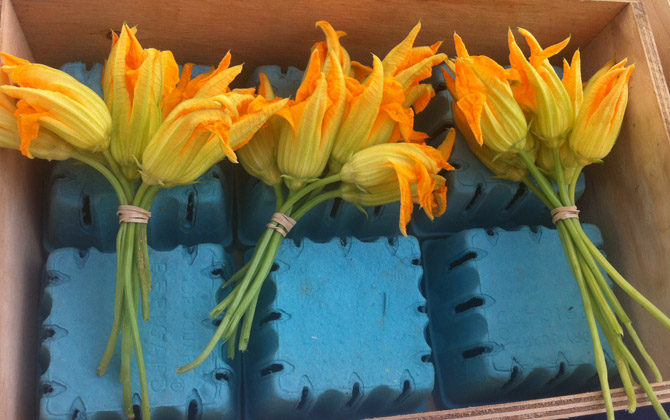 If only UK farmers markets were this pretty

We took ourselves over to East Hampton for a morning as we were curious to see what all the fuss was about. A little like shopping in Madison Avenue/Bond Street, it can only be described as a version of The Trueman Show meets Desperate Housewives in Stepford. I have never seen so much hideous surgery, so many big big cars and Ralph Lauren in one place. 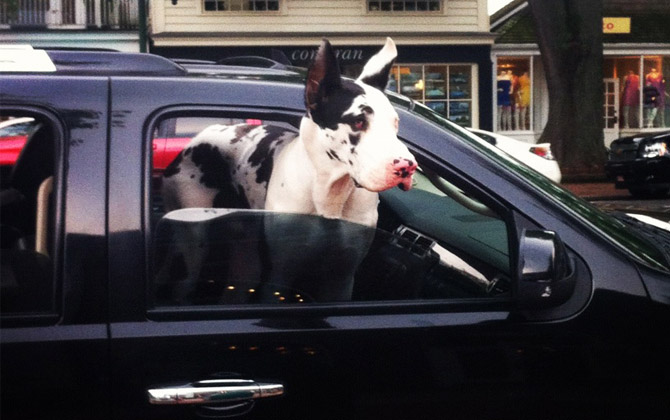 Everything in East Hampton is MASSIVE

East Hampton is worth visiting however to see the former home of Jackson Pollock and Lee Krasner. Set in a beautiful leafy road (where Pollock died in a car crash) away from the vulgarity of the main strip, the house and studio are fascinating. The studio floor was covered up for many years, but now reveals the paint splatters so familiar in Pollock paintings 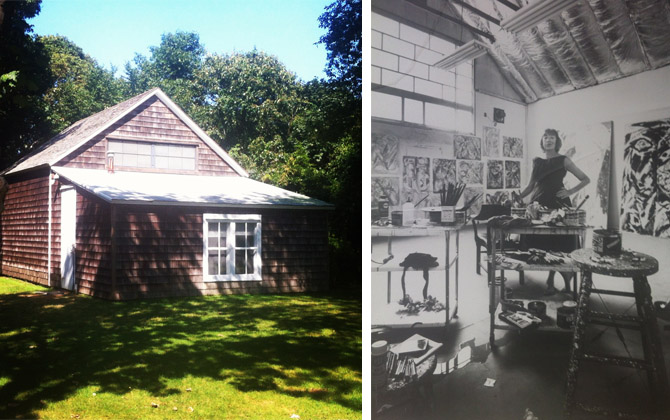 The outside of the studio and Lee working in it

East Hampton is also where the amazing house from Grey Gardens is located, but I was dissapointed to find it isn’t visible from the road and is now a private home. I settled for wandering around with a cardigan on my head for a few hours, moaning.

The Hamptons are both beautiful and laid back, and hideously expensive and pretentious, but worth a visit if you are in NYC. Just don’t stay too long – you may end up with Micheal Jackson’s nose!

When we heard our favourite blogger and champion of growing old with style, Ari Seth Cohen was coming to London to launch his new…