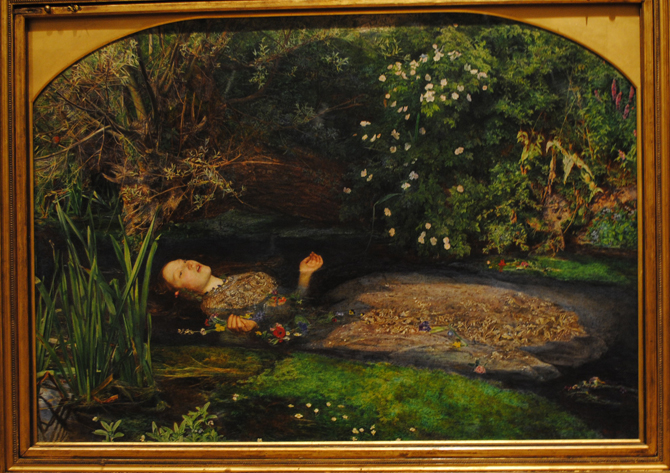 For me, this exhibition on the Pre-Raphaelites is the BEST thing to go and see this autumn. It’s because I love the style, but it’s a great collection of paintings and if you are a fashion girl I do feel it is one NOT to miss.

Not only are the paintings full of exquisite, almost photographic representations of  sumptuous fabrics, textiles, colours, nature and interior decorations of the Victorian period, but they are so full of drama and passion. The Pre-Raphs loved a bit of drama, they were radical, worthy chaps (the Pre-Raph brotherhood only allowed men into the ranks) with flowing curly locks and double barrelled names that were forever falling in and out of love with each others wives and girlfriends. Their love of a good story comes across in the art, with lots of strong narrative behind each painting.

But what struck me this time was the real love they all had of strong colour, textiles and jewellery. Coral necklaces were a favourite, it seems to go so well with all that flowing hair. 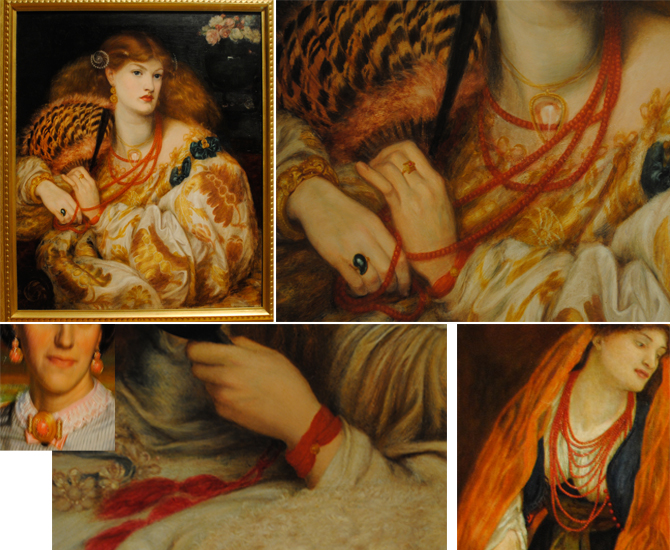 And then the jewellery, lots of cabochon cut gems such as amethyst and emeralds and fabulous hair brooches. 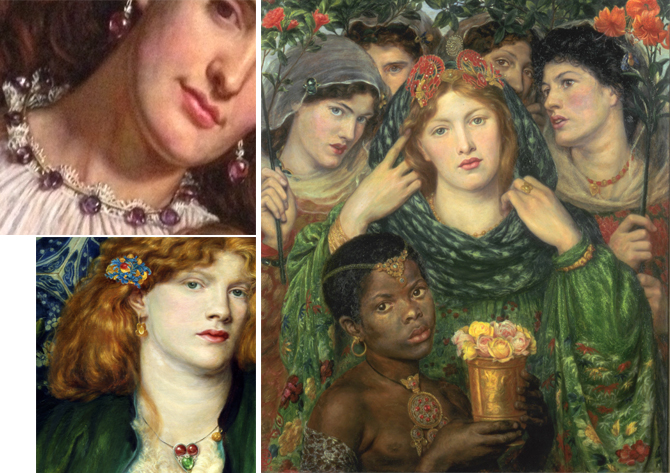 The exciting addition to this exhibition is the textiles and pottery associated with the group, mostly made by William Morris. The stunning carved bed from Kelmscott Manor -where Morris once lived, is here with its beautiful hand embroidered coverlet, I would have come from a long way away just to see this. The women in the Pre-Raph movement were big embroiderers, Jane Morris, William’s wife and May, his daughter were responsible for building Morris & Co’s reputation as a centre of excellence for embroideries and tapestries.

Jimmy Page, of Led Zeppelin fame, owns this tapestry below, it’s one of two he lent to the show. If you go watch out for the beautiful detailed flowers at the bottom, they are magically worked stitches of botanic perfection. And then there’s the interior and textile detail. The fabrics in these painting below just glow with intensity. 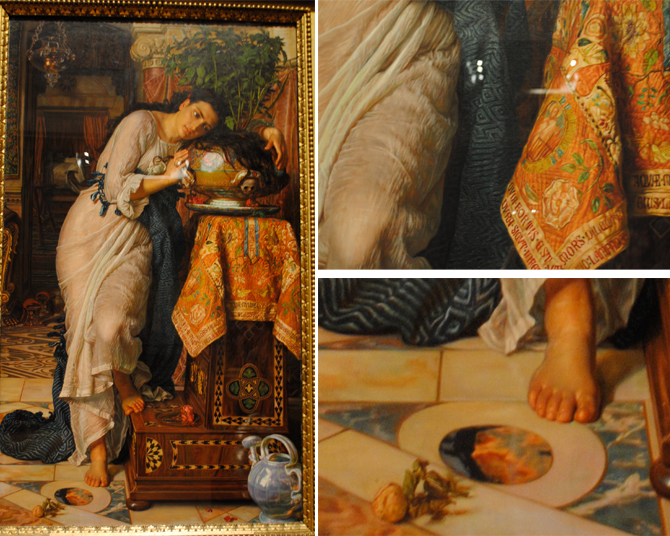 William Holman Hunt, Isabella and the Pot of Basil

The colours are also really sensational, the Pre Raph’s use of colour caused a bit of a panic amongst the art establishment of the day, with some people referring to the strong bright shades as ‘garish’. I just love them, they are so rich and jewel like. 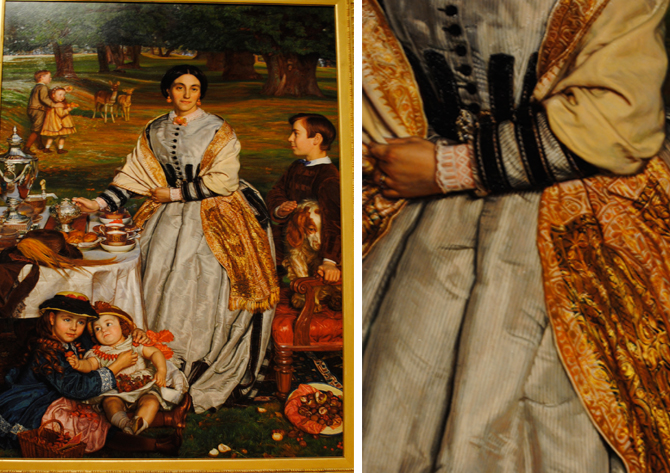 This painting detail below, from The Last of England by Ford Madox Brown with the fuchsia scarf billowing out from the oatmeal cape, and that little glimpse of peony satin and jade green from her dress tucked underneath, has got me all excited about winter clothes colours. 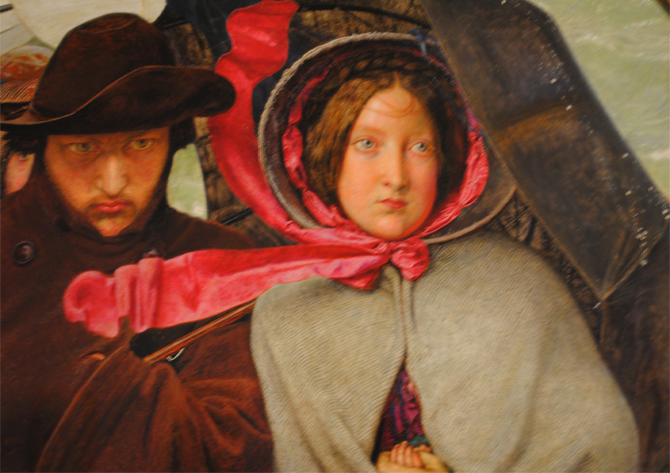 There are lots of Fortuny style dresses and mythical story telling in the last room of the exhibition, with some stunning Edward Burne-Jones paintings, The room is busy with knights heading off on romantic quests and gorgeous girls languishing in crumpled silk. It’s enough to set the heart a-flutter. The Pre-Raphaelites, Victorian Avant-Garde is on at Tate Britain until 15th Jan 2013. Website here

Design collective Household and illustrator Sarah Melin, came up with the perfect way to create the ultimate low cost, high quality shopping experience. They set up the Pound Shop in Hoxton East London for a week last April, selling original…