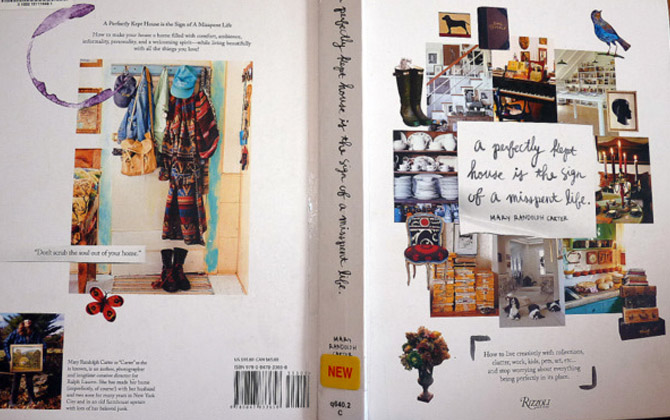 Over the past 18 years (since I had kids basically) I have had various periods of time at home. The first few months involved being at home with a tiny baby, feeling like a fish out of water and wondering why it felt wrong to be at home at 3pm on a Tuesday afternoon while the rest of the world was at work.

Housework simply wasn’t relevant as I had bigger things to worry about. Who cared about hoovering when there were cracked nipples, expressing milk like a cow and the colour of my babies poo, to stress over. If baby and I were up and dressed by 2pm then it was a major achievement and if we also managed to get out of the house to see actual real people, then it was a good day and God help anyone who dared to suggest the house was a mess.

I considered my time at home with small children, just that, time with the children and even after they were at school and I was at home two days a week, I used the time we had together to do fun things, like picnics in the park, have friends over for tea, messy cooking and art projects (well we didn’t do those that often, but let me have my fantasy memories).

Don’t get me wrong, the house was always reasonably tidy/clean, but it was something that was either equally shared (again another fantasy) or it simply didn’t get done. I worked and spent time with the kids and wasn’t about to waste my time worrying about ironing or dusting when there was far more interesting and important things to think about.

Well that was the theory and for the most part I managed to stick to it, but however much I tried to model myself on my more laid back local mum friends (one was so laid back she started the day with a spliff and never quite got anything done) the parent who is at home more and therefore “sees” the mess around the house, somehow ends up doing more of the domestic drudgery than the one who’s at work.

It becomes impossible to be able to relax at the end of the day until every last piece of Lego is put back in the appropriate compartment, the Playmobil shop is fully stocked and the Sylvanian family put to bed. When the kids are asleep, a tidy house and a glass of wine, mean you gain control over your surroundings and no matter how hard you try not to care, the control freak inside takes over and makes you tidy up.

As the kids turn into teens, again, the ideal is not to care about having a tidy house. A bohemian, creative atmosphere is far more desirable than a show house and you want your teenagers to see their mother as an interesting person with hobbies, a social life and a demanding job, not a nagging, suburban housewife whose main priority is a clean, tidy house – how bourgeois would that be?

Except there is really nothing more annoying than coming home to dirty cups on the arm of the sofa, crisp packets on the floor and the beans on toast from lunch all over the work surfaces. Teenagers are essentially lazy when it comes to housework and are always lurking around the house during the day. They are either on study leave, study periods, days off, or on holiday. They occasionally have part time jobs or actual college/school work, but pretty much from the age of 16 until they (possibly) leave home, they are lolling around on their laptops, in their pants, at 3pm, making a mess.

It takes months (literally) of texting, explaining patiently and having grown up discussions (screaming, crying and slamming doors, followed by blackmail, then paying actual cash) to get them to realise, it is simply “NOT MY JOB” to tidy up after them – as I have hobbies, a social life and a demanding job.

And then along comes another enforced period at home, such as I’ve just had, when all I’ve really felt like doing is reading, watching crap tv and cooking dinner. But of course I can’t do any of this until the house is tidy, so each morning has seen me doing a little light housework, preparing dinner and making the house look nice before I can relax, meaning they have got up and come home to a lovely tidy house. This cannot and will not last and the words ‘rod’ and ‘ own back’ spring to mind.

Will I ever learn?

We are huge fans of the fabulous vintage shop My Sugarland. The super stylish shop is packed with a eclectic mix of beautifully displayed clothes and accessories and well worth a visit if you are looking for something unique for…