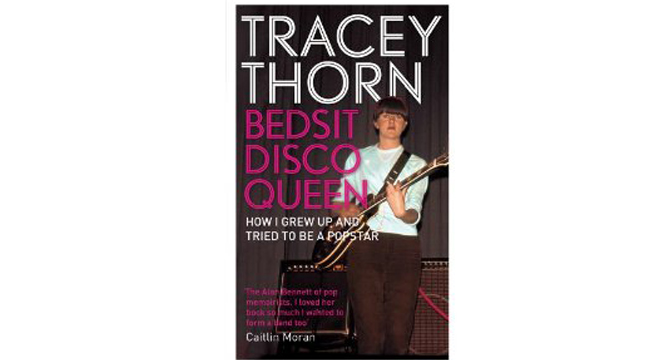 I have always felt if I met Tracey Thorn I could be her friend, as her songs have resonated with me since I heard the Marine Girls, her first band, back in 1982.

Coming from Hatfield, Hertfordshire and feeling like a freak who needs to escape the confines of middle class suburbia, we were both ‘Small Town Girls’  (A Distant Shore, 1982 – my favourite).

Before Tracey met Ben Watts and formed a band, Everything But The Girl, was the slogan on Turners, a furniture shop at the end of Beverley Road in Hull, where I grew up. After meeting at Hull university, Tracey and Ben formed EBTG and signed to Cherry Records and went onto record their first album, Eden.

Bedsit Disco Queen is the story of Tracey’s passion for music and EBTG, an insight into her indifference to fame and her desire to do things with integrity. She is a feminist who stands up for what she believes in and seems like a loyal partner and caring mother who loves spending time with her kids, but can’t quite give up on music – thank goodness

The book is a trip down memory lane music wise (if you were a fan of punk you will love it), an insight into the highs and lows of being in a band and a funny, perceptive take on our celebrity obsessed culture.

Listen to all the EBTG albums while reading it……

Bedsit Disco Queen: How I grew Up and Tried To Be a Popstar by Tracey Thorn

Starting on September the 6th, the V&A will hold a retrospective of the work of Horst P. Horst (1906-99), one of the 20th century’s greatest fashion…