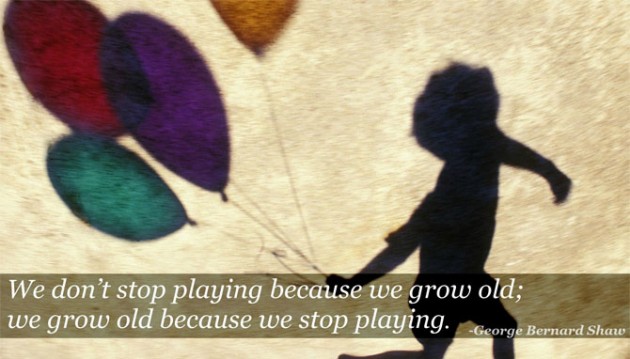 My gay best friend is something of a legend in the world of British high street design. Impeccably dressed in head to toe Prada, a dab hand at designing OTT occasion-wear and well known for his love of a party, especially if they are playing Motown. His down to earth, always up for a laugh, friendly personality and ability to get on with anyone, make him popular with everyone he meets, young and old.

I won’t give his age away as he wouldn’t thank me for it, but lets just say retirement could be a possibility in the next few years. He doesn’t however look or act his age and although his bathroom is more like a small branch of Space NK, he doesn’t put his youthful looks or attitude just down to Clarins (although he loves Clarins). When asked if he might fancy an easier life or a less stressful job, he always replies “but what would I do, I like going to work as the young people keep me young.”

I couldn’t agree more and the older I get, the more I love the company of younger people. In fact I would go as far as to say, sometimes prefer it to spending time with people of my own age. Why is that some of the middle aged people I know have taken to the sofa for the foreseeable future and rather disappointingly seem to have turned into old people? Obviously what was fun at 20 changes when you’re 40 and there is nothing sadder than being seen as the oldest swinger in town, but surely that’s no reason to stop having new experiences and enjoying life to the full?

I’m lucky enough to work with lots of young people and for the last few years have been the oldest person in most of my jobs. Rather than seeing this as a problem, I’ve thoroughly enjoyed tapping into the minds of the bright young women I’ve met and have learnt all sorts of new things. Over time, some of these women have become friends and our relationships have gone way past, simply working in the same office. Now I enjoy nights in the various new bars and restaurants that we all want to try out and go to events with friends who are sometimes as much as 20 years younger than me. We have similar interests and discuss work, men, kids and life in the same way as I would with women of my own age. Except maybe they are not so jaded and still have the enthusiasm and excitement about life, I try very hard to maintain.

I definitely don’t see myself as a mother figure (although maybe I’m deluded) and I certainly don’t boss them around or offer advice. But I do occasionally end up being asked for my thoughts on baby weaning, job dilemmas and partner troubles – which is flattering and poignant. I wish I’d had an older friend who’d lived a little, to talk to when I was 35 and juggling a job, kids and a relationship. Perhaps it says something about the way attitudes to ageing are changing – these days generations seem less divided and friendship is more about shared interests and common goals.

This was highlighted last week, as my daughter turned 17 and chose to spend her birthday at home having dinner with her four best friends and our family (don’t worry, she has a party to go to on Saturday night – she’s not perfect!) and after her dad and brother had left the table (too many women) I enjoyed chatting and laughing with the brightest, funniest group of young women I could wish to meet. While I didn’t feel like one of them, that would be wrong – and lots of their conversation went over my head, which is as it should be – I felt really glad that they seemed to enjoy me being there and it made me realise how lucky I am to have so many amazing young women in my life.

Forget anti ageing creams and botox, for me, the secret to a happy old age is definitely going to be hanging out with young people.

Middleagedmum.com: How to stay young

If you are a lover of stuff and find it difficult to throw things away, you might want to visit the Song Dong installation…