This post is a follow on from the perfume for Teenage Boys post I did recently and it’s also for our reader Tiffany, who mentioned she had a teenage skater boy to buy for and did we have any ideas?

As ALWAYS happens when you do a compilation post, the minute you publish you find another good example you should have included. Thus it was with Gorilla Perfumes, from father and son team Mark and Simon Constantine, who are also the founders of Lush Beauty. I tripped over the pop up store on Rivington Street in London recently and thought it was a genus concept to attract more indie-teen boys to perfume. I’m not a big fan of Lush stores, they are a bit too ‘smell-in-your-face’ for me, but Gorilla Perfume (this is the only store the brand has) is worth a look.

The idea behind the concept is to be disruptively different in both selling and talking about perfume for a younger generation. Who can blame them…once you’ve read as many flowery-beauty-fluff-and-nonsense PR releases as we have you start to wonder if there isn’t a better way. The pop-up’s atmosphere is a mash up between a cool vintage shop and the vinyl music store you wished you’d owned. Comic book pages line the walls, Simon and Garfunkel are playing on a beaten up record player and there’s a place to hang out and talk perfume with someone from the School of Noseology (the store runs evening classes on perfume appreciation as well as hosting gigs for local bands). 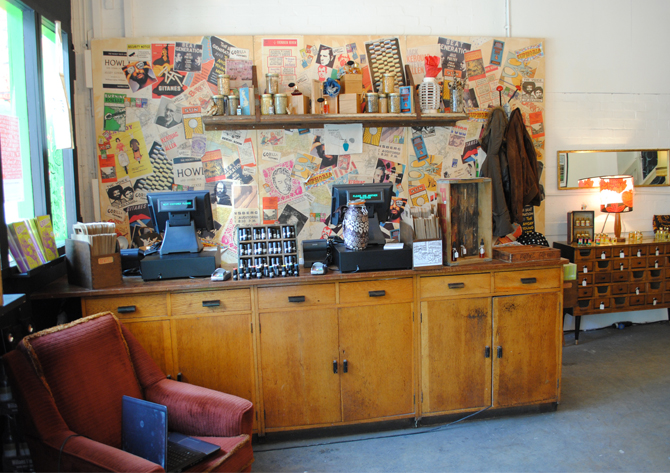 The perfumes are reasonably priced and come in collections, a bit like fashion and the current one is Set In Stone. The stories about the different fragrances are told through a cool comic book magazine- which is genius- and inspiration for the scents comes from music, nature, the Vikings, the London riots, politics and sustainability, to list a few. Packaging graphics are witty and the bottles would not embarrass the bedroom of a teenage boy, or girl.

Perhaps the most exciting news is some of the fragrances are good, some have even received rave reviews from people who know, such as Tania Sanchez, who co-wrote the perfume bible Perfumes, The Guide. Tania claims that Breath Of God is ‘a triumph’ and she’s a tough person to impress. My team of testers rated Hellstone very wearable and interesting…I really liked it, it smells like how I imagine a pre-gig teepee at Glastonbury  smells after The Savages have left for the stage….or something…. 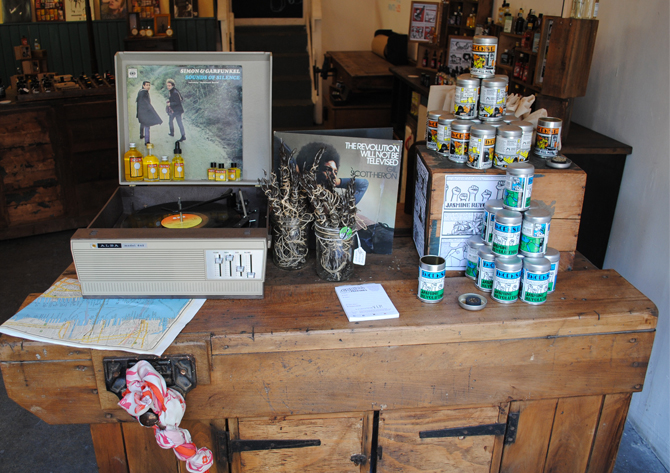 Whatever, it’s a perfume brand that teenagers might actually like. The pop-up store is only around until June, but Gorilla Perfumes can be found online and there’s an interesting blog that reports on how and where the perfumes are made, breaking down another industry taboo about keeping perfume production as secret as possible so as not to interfere with the marketing stories.

How refreshing! And hopefully useful for those of you wanting well priced fragrances for teenage boys. 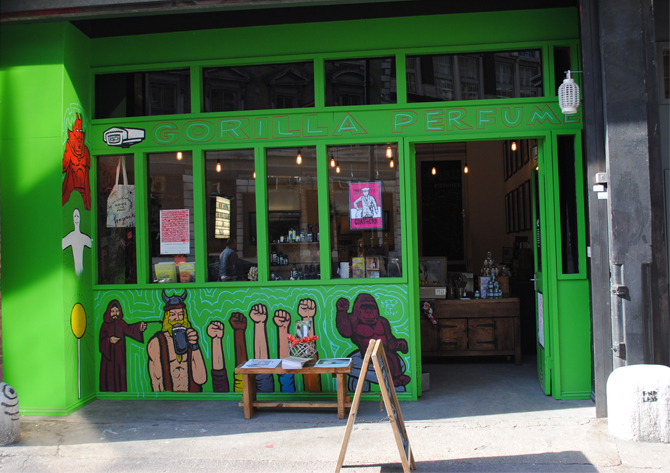 I’m still looking for the perfect yoga outfit, regular readers may remember by recent post on the subject. Since I wrote about my struggles…