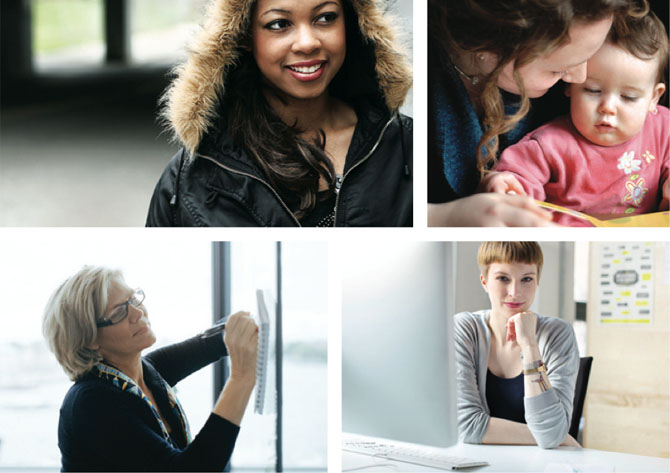 It’s been another interesting week for older women’s issues, and indeed issues that affect all women (how come John Inverdale is still in his job?).

On Monday we were invited by Women In Journalism to listen to James Harding, ex editor of The Times and soon-to-be head of news and current affairs at the BBC, talk about the issue of women (or lack of them) in BBC newsrooms. Many topics were discussed, but we loved when the terrific Lynn Faulds Wood, investigative journalist and ex BBC presenter, made Mr Harding properly answer a question about the lack of older women on our screens -he talked non committal waffle when he was first asked the question. Lynn said ‘I don’t think you quite answered that properly James, can I pin you down on exactly what you’re going to do about the lack of older women on our screens? I was a presenter for 15 years but I can’t catch a cold now”. His answer was, “It is an issue.  We need to something determinedly and definitely about it.”

No Shit, Sherlock, as the saying goes.

I was encouraged by Lynne and journalist Carole Stone, who I also met, who are front-row-fighters making James take us grown up women seriously. But it’s abundantly clear we need to make more noise about this, as it was obvious he really hasn’t got us on the top of his priority list.

Then TWR reader Cilla Snowball pointed us to the new Women’s Business Council report, which she helped compile, because it is full of fabulous facts  to help us make more noise about women and older women in the workplace (don’t you love info-graphics?)

In particular I’d send him to the section on women who want to Stay On and find brilliantly satisfying jobs in their 50s, 60s and beyond, because it makes excellent business sense. According to the report, the economy would benefit by £1.5bn if more help was given to older women who want to work for longer but have real issues being taken seriously in the workplace, such as stero-typical views on older workers, lack of training on IT skills and because they are often carers of older parents themselves. 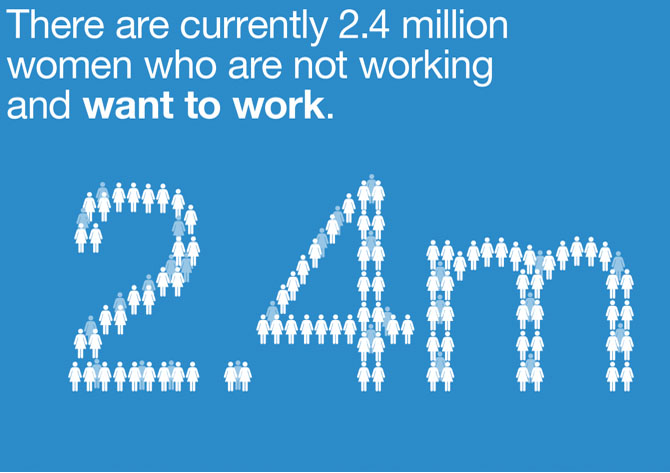 It’s also clear from the report women of all ages are brilliantly entrepreneurial but find it harder than men to get started. If women were starting businesses at the same rate as men, we’d have another one million female entrepreneurs around to inspire other women to do the same. Attitudes need to change and this report might help if the government and business listen to its recommendations.

Cilla’s done her own tub-thumping on a recent Campaign blog, where she challenges her industry (advertising) to adjust its attitude towards both women and in particular older women, by getting more of them in the work force. On the blogpost she says,

“Let’s take a hard look at the demographics of the advertising industry at the other end of the age spectrum. We’re a young business with an average age of 34. A massive 45% of the UK population is over 50 but only a tiny 6% of the ad industry population is over 50. So we have a double challenge to address, if we’re to avoid looking sexist as well as ageist in our industry profile going forward.” 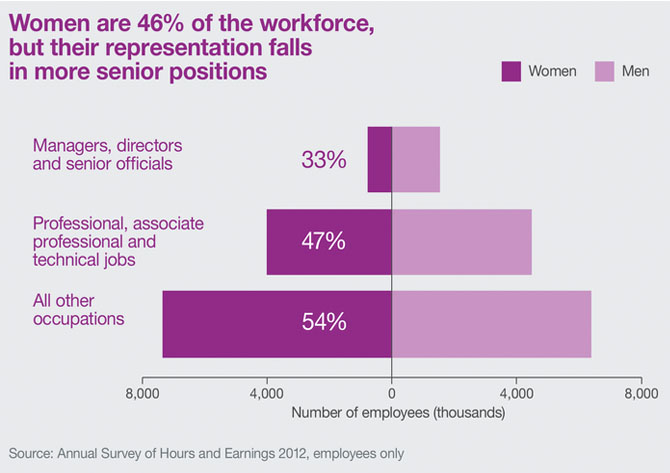 She also wants to see more women at senior level in advertising (and for ‘senior’ we’re reading women who might be older than that average, as of course experience comes with age).

“The IPA 2012 Census shows women are doing well at industry level, which is 49% female, but less well at management level, where only 21.5% of agencies are led by women. This looks promising by comparison with the 2011 census figure of 13.5%, and brilliant by comparison with the FTSE 100 where there are only three female chief executives. But it’s not enough. In future, let’s measure the proportion of women on agency boards and in agency management teams in the census; not just chairs, chief executives and managing directors as we currently do. This will expose the industry laggards and the pioneers, giving us a framework for action to develop the pipeline. We can’t manage what we can’t measure.”

It’s brilliant that Cilla, who is Group CEO and Chairman at AMV BBDO – the biggest advertising agency in the UK- is making a noise within her industry. And she is optimistic, telling us ” Things are starting to change…the number of women running agencies and sitting on management teams is increasing. There is a terrific pipeline of women coming through. But we have to build on this momentum fast and accelerate the pace if we are to see real change in our lifetimes. This means identifying and overcoming the barriers and fronting great role models at all ages and stages. And doing that with men not in opposition. “

Still LOTS more to do in all industries, fashion and beauty in particular, where we want more older women in all aspects of our industry to concentrate our issues (don’t get us started on the average age of PR staff in fashion or the lack of older women designers in design studios!) According to the report, by 2022 50% of the population will be 50plus. So if you’re a brand and you’re reading this….what’s your women-at-50plus strategy?

So the Obamas have left town after four days of grand dinners, politics and ping pong. And weren’t they fabulous. Intelligent, ambitious, inclusive and…