The 80’s was an exciting time to be creative, as the explosion of the London club scene and offered opportunities for dressing up in the company of a like-minded crowd. Stevie Stewart of BodyMap said “each group of people, whether they were fashion designers, musicians or dancers, filmmakers, living together and going out together had a passion for creating something new that was almost infectious”.

Early clubs such as Billy’s, Blitz and the Club for Heroes were small and attracted a selective crowd. As the decade progressed, venues such as the Camden Palace and one-off warehouse parties began to attract much larger crowds, but the creative link between music, clubs and dressing up continued.

Club to Catwalk at the V&A documents the rise of the capital’s eclectic club scene and looks at how it influenced a new generation of designers. Celebrating iconic styles such as New Romantic, Hard Times and High Camp, the exhibtion features outfits worn by Adam Ant and Leigh Bowery and the work of designers such as Vivienne Westwood, John Galliano, Betty Jackson and Katherine Hamnett, as well as lesser known labels like PX and Body Map. There was never a more exciting time to be a fashion student and much of the energy of the time, came from colleges such as St Martin’s, the Royal College of Art and Hornsey College of Art .

John Galliano recalled, ‘Thursday and Friday at St Martin’s, the college was almost deserted. Everybody was at home working on their costumes for the weekend’. Designer Georgina Godley remembers, ‘Young London was all about taking risks and creating something out of nothing, through passion and ambition’.

As a fashion designer who moved to London in 1983 and was inspired by the DIY attitude and energy of the London club scene, I look back on the era as a very special time. Anything could happen on a night out, Leigh Bowery could turn up with paint dripping over his head, Andy Warhol could casually wander in (all this actually happened), followed by Tina Turner and no-one would bat any eyelid. There was no such word as ‘celebrity’  it was all about being individual and the real stars of the time were the club kids who invented street fashion. 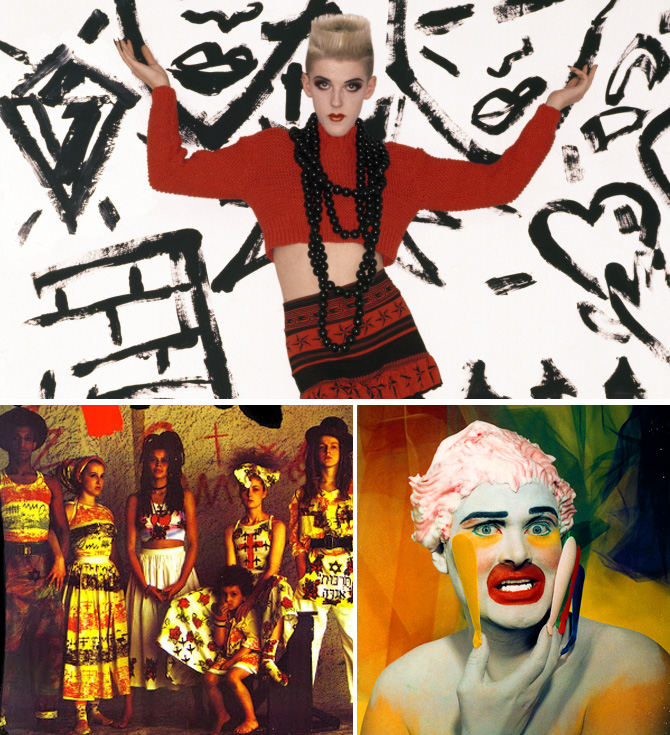 This exhibition is definitely one to see, if you were an 80’s club kid who loved fashion – and I dont mean Melanie Griffith’s Working Girl style shoulder pads!

I particularly liked the room containing film footage of the clubs and faces of the time.

End the exhibition with the Rifat Ozbeck white hooded top and sequin outfit – as that look marked the official start of the 90’s.

There are also some interesting events running alongside Club to Catwalk, which is on until the 16th of February 2014.

Middleagedad will only allow me to have one dinner party a year as he is not a fan of them. I think I might have…