Our second post from guest blogger in residence Polly Leonard of Selvedge fame. This week Polly’s putting forward a strong arguement for textile heritage recognition…do I feel a campaign coming on?

What do Single Gloucester, Arbroath smokies and Whitstable oysters have in common? They all have protected food status. You may have noticed a red and yellow symbol indicates a Protected Designation of Origin. This means a product must be made to a traditional recipe, in a certain geographical area, with ingredients from that area.

Britain now has 48 foods with a PDO. They’re dotted across the country, from Jersey Royals in the south to Orkney beef in the north. But we’re trailing our European neighbours: Italy currently has 244 PDOs, France 191 and Spain 154.

Over the next few weeks we will present the case for Guernsey, Fair Isle, Aran sweaters, Welsh blankets and Harris Tweed to be recognized as key to our cultural identities. 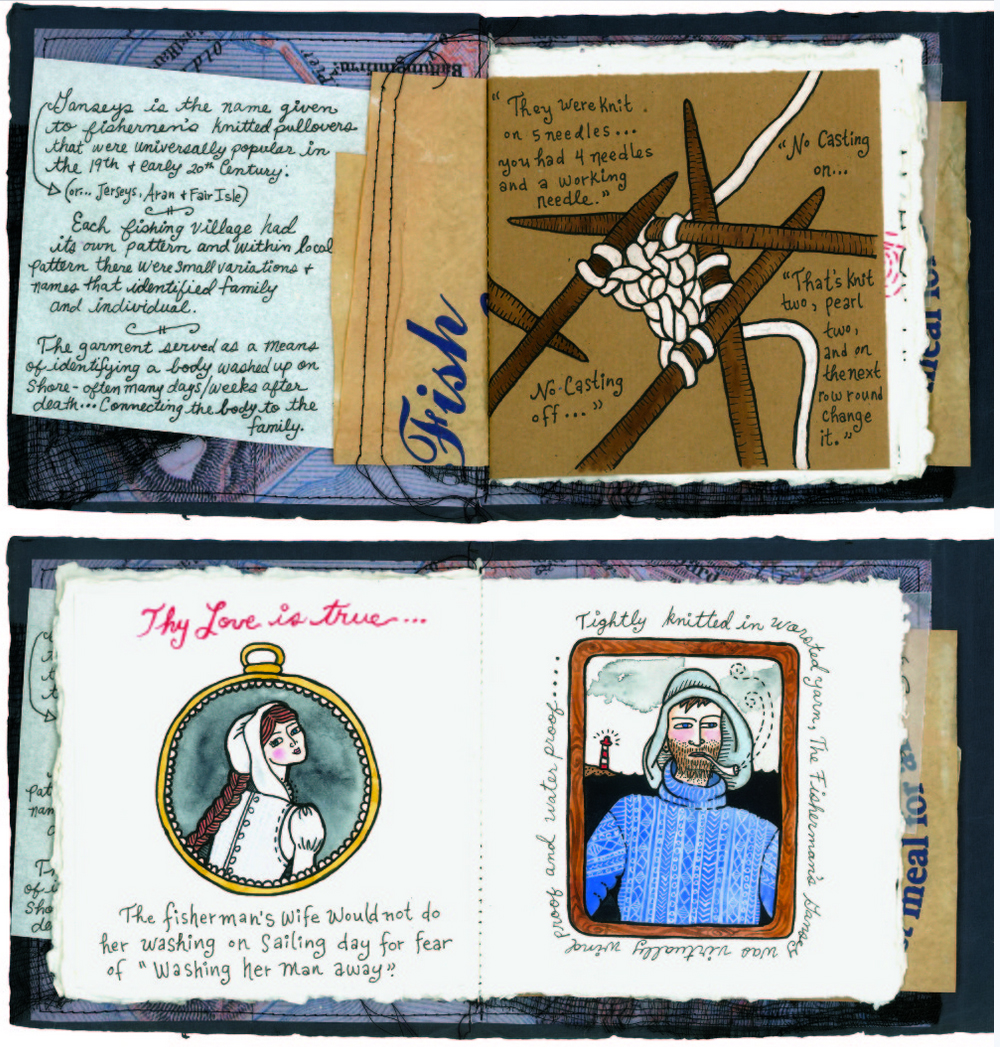 The Guernsey or ‘Gansey’ sweater was created with nothing but practicality in mind and yet, as is perhaps often the way with much used, truly practical and respected garments its pure utility has its own rather beautiful, sentimental and decorative quality.

Developed from the 16th century onwards in the fishing villages of Southern England, the Guernsey would have been worn by fishermen braving rough waters. The reversible patterning on a Guernsey sweater may appear to be a pretty adornment, however, the practical reality is much starker.

Designs – which were typically inspired by the sea and included naval motifs such as anchors and waves – became particular to families and ports. This in turn aided the grim process of identifying the body of a drowned fisherman. The more complicated designs tended to be from the North and each port would be familiar with a design’s origin. Presumably designs would have been passed down from mother to daughter and carried huge personal significance. 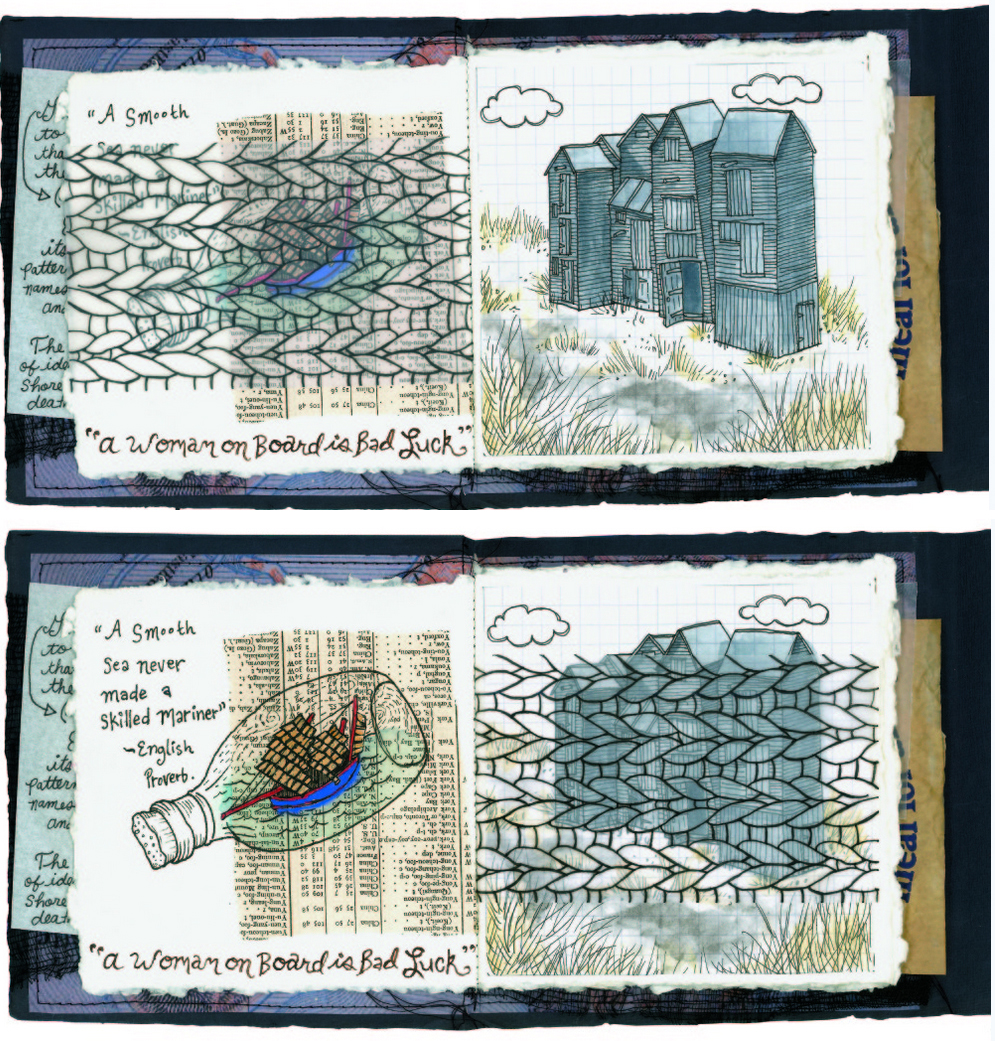 Similarly the sweater’s signature tight neckline – there are reports of children’s earlobes bleeding as the sweater was peeled off! – is fully justified. Any loose clothing could catch on rigging and be fatal. Those doing this dense knitting would have used wool retaining its residual lanolin as it would help to create ‘run off’ of the water and insulate against the sharp sea winds.

As well as its everyday significance, the Guernsey has been present for a number of significant naval moments in British history, including The Battle of Trafalgar and the long, treacherous journey across the Atlantic on behalf of Queen Elizabeth I. Surely a contender?

A contemporary, plain version is available from Old Town, and there’s a nice one at Toast, which is also available as a cardigan. 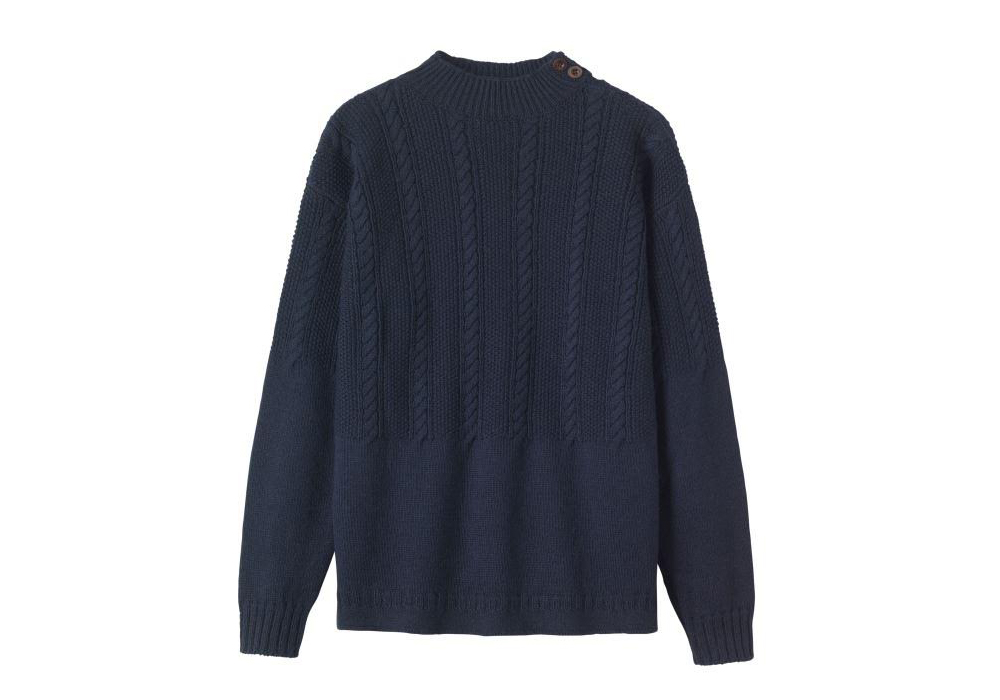 For anyone interested in beautiful textiles with proper heritage, take a look at the Selvedge shop, which has some lovely ideas for Christmas too.
Illustrations, Gina Lee Bean

Teen daughter spends a lot of time on ASOS, and as I am often required to enter my card details, I find myself taking…