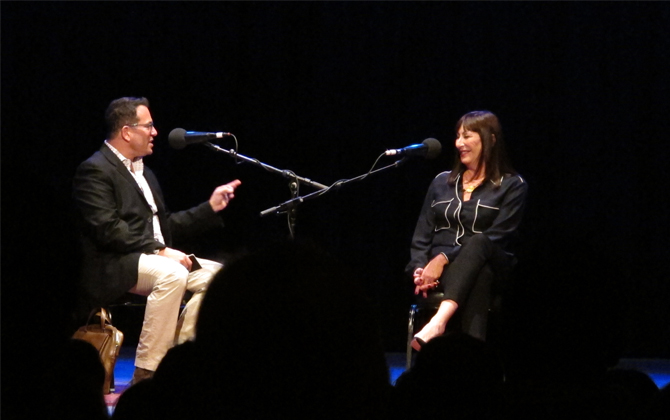 A Story Lately Told: Coming of Age in Ireland, London and New York, is the memoir of actress and iconic face of the 70’s: Anjelica Huston. To celebrate the release, the 62-year-old hosted a special reading and frank Q&A at the Symphony Space, Manhattan.

TWR New York reporter Alison, went along to hear Huston lift the lid on coming-of-age in the shadow of a patriarch director father, her mothers untimely death, a string of tempestuous relationships, and her on-screen portrayals of strong unconventional women.

The book is the first installment of a two part memoir (the second which covers 1973 onwards is slated for 2014) was written entirely by Huston,  “It became evident to me that if I was going to embark on this idea that I should do it myself. Because really I don’t think anyone can replicate your way of thinking.”

This attitude and breadth of generations in the reading was testament to her appeal as an unconventional yet lasting icon, which reaches far beyond her still striking looks.

It was her looks however that set her on a modeling path aged 17 after catching the eye of notoriously difficult Fashion photographer Helmut Newton (a “pussycat” to her), and Richard Avedon whom she cites as working with as high point of her modeling experience. 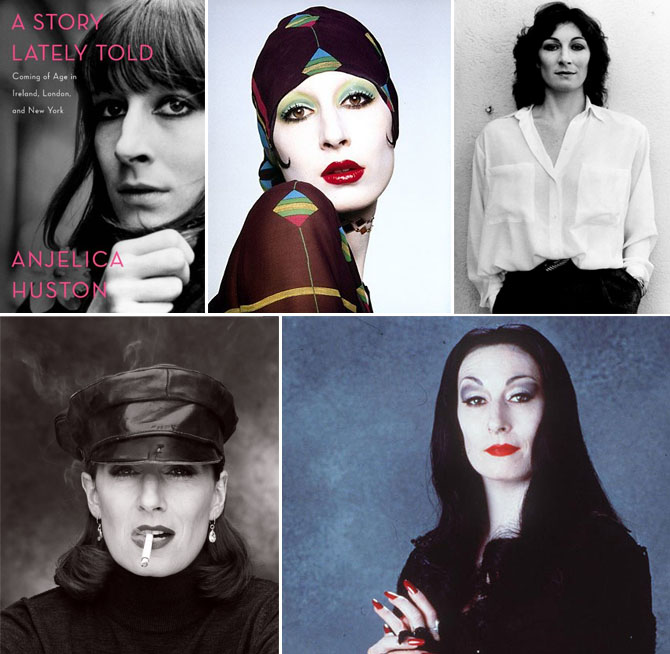 Shortly after her career began she met and embarked on a volatile and destructive four-year relationship with photographer Bob Richardson (father of Terry), who was more then twenty years her senior. The affair, which culminated in her attempting suicide, is featured heavily in the memoir.

Huston said of all her relationships, “I like rascals, I like bad boys and hope always to….” a trait she attributes to her father being “the ultimate rascal.”

Huston’s iconic status many have began in the fashion world, but is cemented by her portrayal of strong woman in films such as Grifters, The Addams Family and Prizzi Honor for which she won a best supporting actress Oscar.

Speaking on long road to these roles she said, “I think I wasted a lot of time waiting for people to love me, but you have to convince them you are capable. So much of the time women lack confidence and we think we are going to be recognized for our inner selves, but if we don’t show what we’ve got and get out there no one is going to see it… own it… attack!”

Frieze London came around again last week, can it really be a year since the last one? TWR is lucky to have VIP access…