Having watched the deeply depressing Hope Springs, starring  Meryl Streep and Tommy Lee Jones, over the holidays. I had forgotten just how brilliant an actress Meryl Streep is.

In a time when youth is the holy grail in Hollywood it’s great to see that she keeps on getting great parts and her latest film August: Osage County looks like a winner. 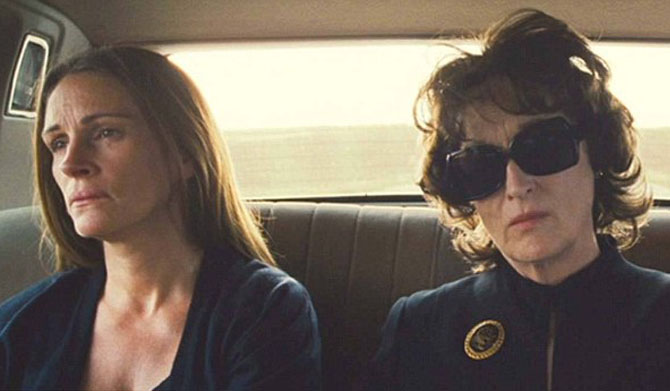 Starring Julia Roberts (who’s 46 – when did that happen?), Juliette Lewis and Julianne Nicholson as three sisters returning to their Oklahoma home, all with husbands and boyfriends in tow, to find out what happened to their father. Meryl Streep stars as Violet, the sharp-tongued matriarch of the family.

When my children were babies, the women from my ante natal group were my lifeline. Endless afternoons (never mornings as it was impossible to get dressed before midday) spent drinking tea, discussing breastfeeding and how much sleep we hadn’t had….