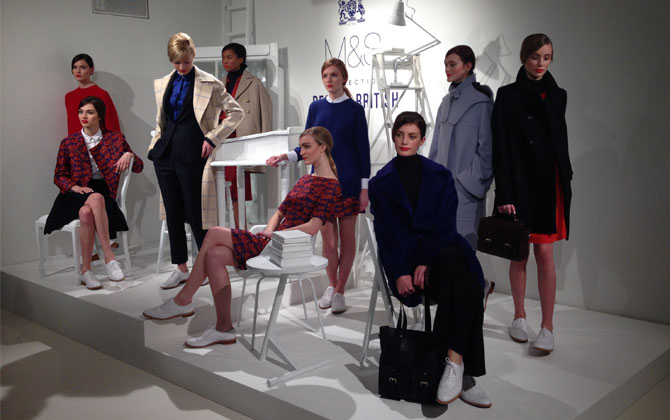 Ok so I admit the last few times I have attended an M&S press event, I haven’t been impressed. I go along full of positivity, I want to like it , I really do, but despite my good intentions, somehow it just doesn’t work for me.

The Spring Summer press preview (in my opinion) was a bit of a mess. Too many stories (do customers actually care about the “story” anymore, don’t they just want nice clothes?) and not enough editing. It felt like every buyer in the whole of womenswear had insisted on including their hero items and no-one had been brave enough to say – enough, its about quality not quantity here people!

There could have been some amazing pieces in the range, but quite frankly the print and pattern, “key item” laden rails didn’t entice me to investigate further and the badly styled, over accessorised mannequins (the kidswear was amazing – how come they can get it so right ?) just didn’t look contemporary or relevant.

I know I am being harsh, but quite frankly if it looked like that at a press event, I wondered what it would look like by the time it got to a store in Banbury or Oldham!! 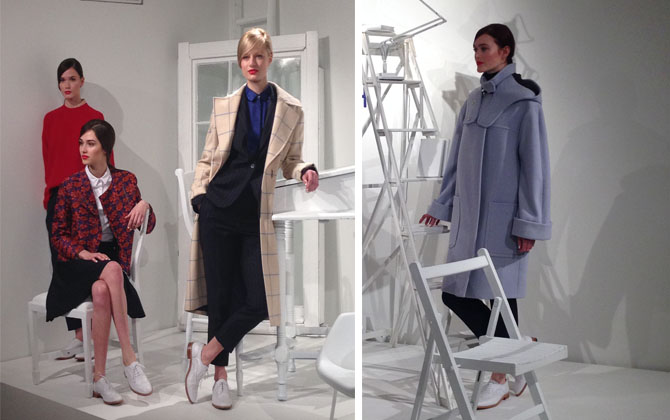 The most appealing range was the Best of British; nice fabrics, great quality, simple tasteful styling and no quirky un-necessary details. The head of womenswear design Neil Hendy, told me the BOB range had sold really well and it was expanding. Great, that’s exactly what we want from M&S, great quality, timeless classics.

So when I turned up to the launch of the new Best of British collection yesterday, I was filled with joy to see they had done it again – only better. Hurrah, the M&S we all loved back in the day, is back – only better.

The collection consists of 54 pieces, including accessories and footwear. Everything is manufactured in Britain with selected fabrics sourced from British suppliers, including knitwear from Scotland, outerwear from Manchester and footwear form Northamptonshire.

A true celebration of their heritage, merged with contemporary styling, this is exactly what we want from M&S.

The range is in selected stores and online from  August – obviously – what do you mean you don’t buy your winter coat in August?