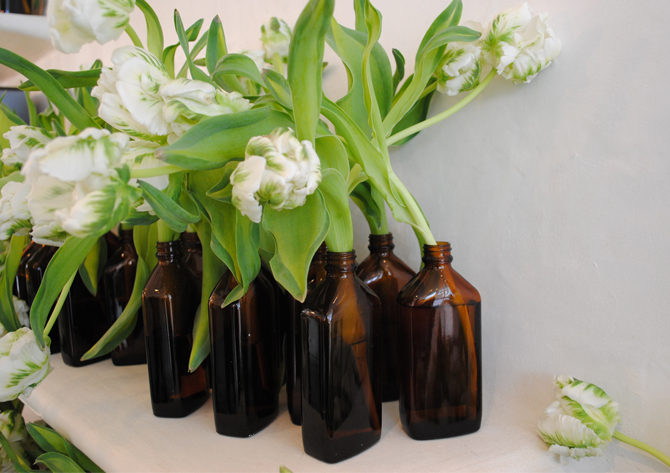 Never say we don’t bring you facts backed by science here at TWR. This is no beauty-fluff site where we just say ‘lovely!’ a lot when talking about things beauty-related. Oh, ok, maybe we do a bit. But today’s post features some proper science-y facts we’ve dug up for you.

According to a report by scientists Lorraine Oliver and Mark Moss, published in Therapeutic Advances In Psychopharmacology (no, me neither), if you’ve got rosemary essential oil hanging in the air in your work space, your cognitive performance will be significantly increased. You will be smarter from inhaling a herb.

Not just smarter either, the research concluded that rosemary had a similar affect on the brain to anti depressants, it makes you happier and although the research was looking at the effects of rosemary, they reckoned other plants might hold similar mood uplifting properties. As an advocate of investing in making my life smell as lovely as possible, this is very good news.

On now to Aesop, a brand that deals entirely in the uplifting powers of plants, and its new Purpose and Pleasure promotion, which aims to highlight a number of its products not just for their efficacy but also for their wonderfully evocative aromas. If you’ve never smelled any of Aesop’s products, then you need to. Start with any of the Geranium range -perhaps the geranium leaf body balm, I haven’t found a single person who isn’t hooked after trying this. 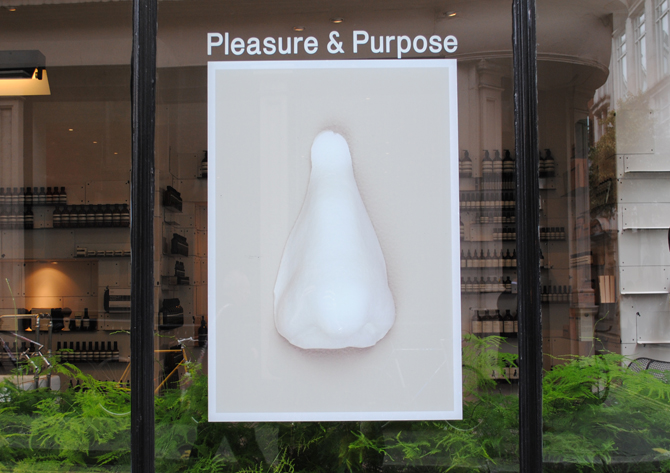 I got an in depth look into a few of the more potently aromatic  products last week, in a Pleasure & Purpose master class run by the fabulously insightful Odette Toilette, who confirmed that aroma is increasingly being tapped by scientists and brands alike as a seriously important factor in mood enhancement.

We blind tested five essential oil smells; parsley seed, geranium, violet leaf, blue chamomile and petitgrain (the oil extracted from the leaves and twigs of the bitter orange tree) and Odette pushed us gently towards describing how these aromas made us feel, without falling into the lazy cliches often found in fragrance writing. Instead she got us to think hard about what the smells reminded us of, what pictures they painted in our heads and even what colours came to mind when we inhaled (stationery, including nicely sharpened coloured pencils, was provided, it was my idea of total heaven). 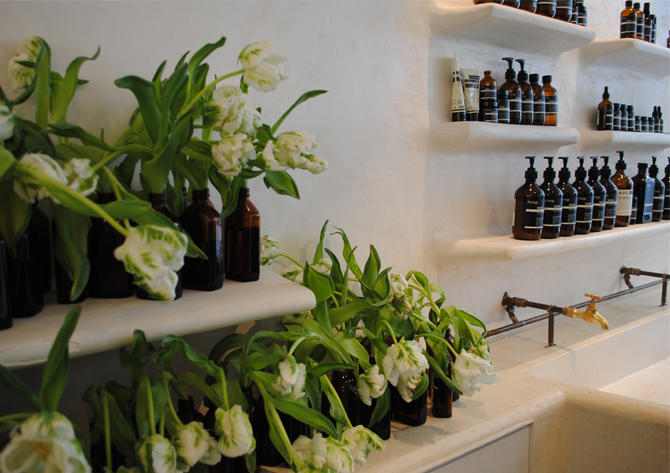 We were a small group of about 12, and the curious fact that emerged from our collective attempts at description was what very different emotions the various smells evoked for all of us. There was a thin thread of similarity between some of our descriptions, but mostly we were pulling up references from our lives that were massively personal and unconnected. References such as bath towels, museums, the sound of cellos, crumbly wood, smiling and GCSE’s were just some of the memory and emotion drivers.

Fascinating stuff. And it reinforced for me what I already understood, without any science needed, that scent is a powerful provoker of emotion. 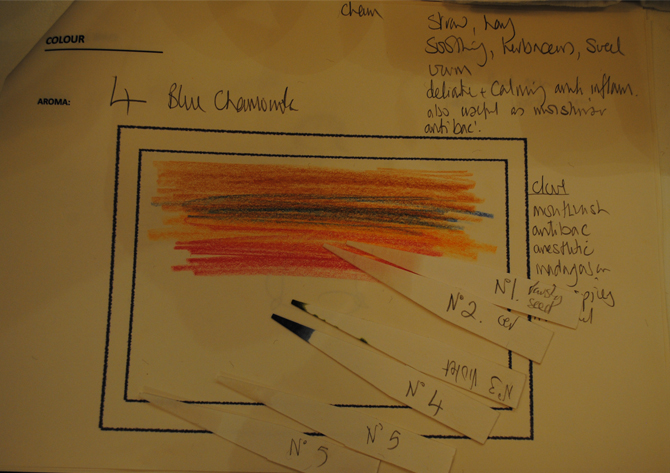 But what of the Aesop items we tried? There were some gorgeous products I’d never experienced before, and ones worth highlighting include the anti-oxident rich Parsley Seed Facial Treatment Oil, a hydrating oil you can mix into your daily moisturiser for a pep-up boost.  It’s like chilli, a little goes a long way. I’ve been trialling this and can confirm it is good, you might like the smell too, which is a warm, glowing, woody herby green (you can see I still need practice on the descriptions). 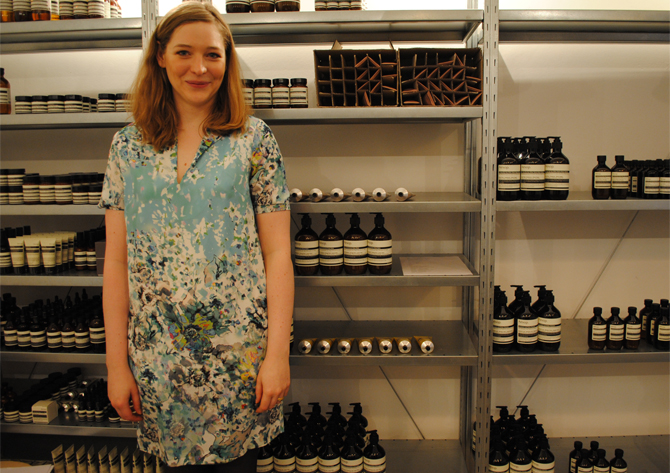 Odette Toilette in the workshop area of Aesop Covent Garden

There was a collective love on our table for the clove-heavy Aesop Mouthwash, (the reassuringly large bottle below) which would certainly revive any tired and claggy oral areas.

Another reason I have great respect for the brand is that nowhere on any of the products are the words Anti Ageing. Isn’t that a relief? The brand is much more interested in seducing us with smell than it is making us feel bad about our age. Bravo Aesop! Aesop is conveniently available on line, but the shops are a joy to visit, each one is different and all are beautiful, it probably goes without saying that they smell deliciously inviting too, sometimes I pop into the King Street one in Covent Garden just to inhale the loveliness.

The staff are kind, not something you usually hear, but there must be some sort of niceness test they have to pass, either that or it’s linked to the fact that they are inhaling such stimulating smells all day long. See? Must be something in this science lark. 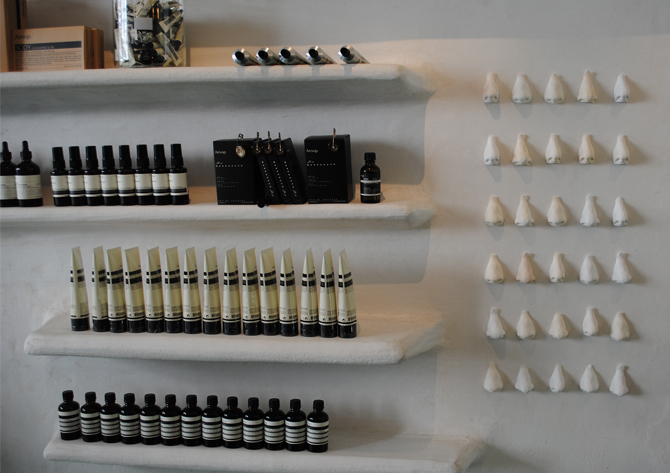 Aesop website here and for further information on Odette Toilette, her website is here, I can thoroughly recommend her workshops and events, they will definitely make you happy.

If there was a God and she happened to be female, then surely she’d look like Joni Mitchell in last weeks New York Magazine?…