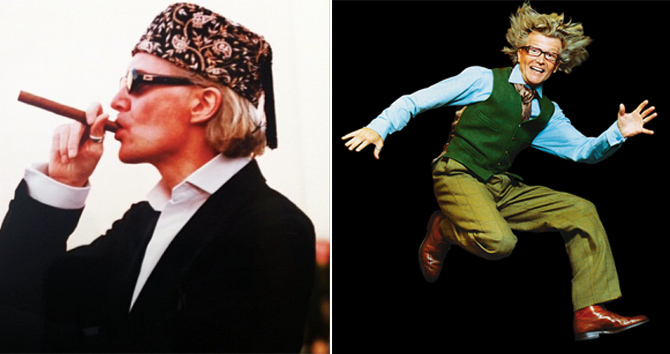 We don’t often feature men in our style icon posts, not because older men don’t inspire us – there simply don’t seem to be so many men willing to take risks with their clothes as they age.

I recently came across Steve Edge on Instagram and then in that way that often happens (to me anyway) we met him at a London Design Festival event last week. I immediately spotted him across a crowded room, as he was wearing his trademark glasses and an amazing jacquard suit. When we were introduced he handed me his card which describes him as a ‘self professed philosopher, madman and wanderer’.

Also affectionately known as Lord Shoreditch, Steve has lived in Shoreditch since the 80s and owns a design company. He is a well known face about town, known for his work, amazing style and attitude to life. 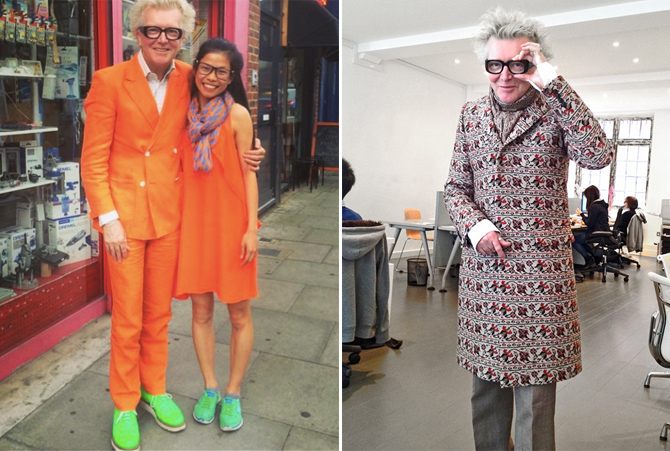 Steve grew up with an obsession with “glitter, magic markers and plastic scissors, crafting things by hand and a family pet chimpanzee called Primo” . 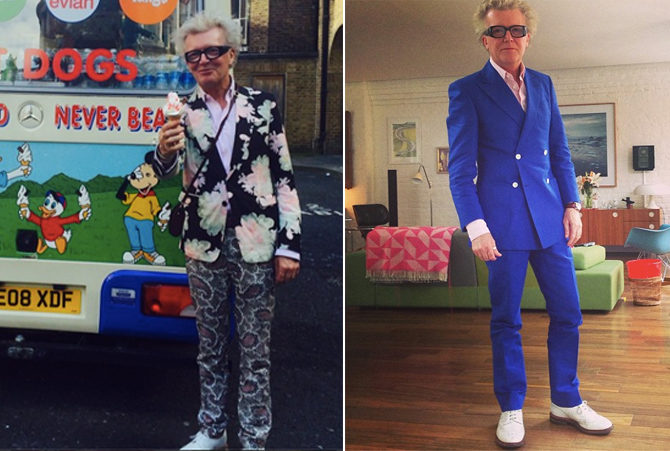 His manifesto is ” Dress for a party everyday and the party will come to you”.

Take a look at his Ted talk titled ‘What goes around comes around’ and check out his blog Steve Edge World.

All this talk of fashion week has us quite exhausted already, even before we’ve decided what to wear (hope you all saw Jane’s beautiful…