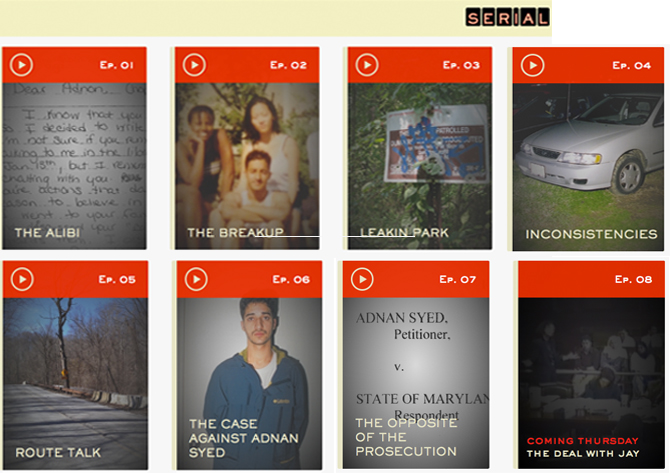 This weekend was the first weekend youngestson came home from University since he started back in September.

We’ve all missed him and were really looking forward to his return. He phoned earlier in the week to request a proper Sunday lunch, ‘I need a roast mum, and cake…’ were his exact words.

So yesterday, I happily rounded up the two remaining twentysomethingsons and middleagedad and planned roast lamb lunch, imagining a gentle Sunday morning pottering about the kitchen stirring pots, listening to the radio and maybe chatting to youngestson about his student adventures (all assuming he got up before 2.00pm). So far, so very domestic-goddess-mother.

Before cooking, I quickly scanned the Sunday papers, read Miranda Sawyer’s column in the Observer on a real-life, crime-series podcast called Serial she thought was pretty good and thought ‘Bugger The Archers, let’s listen to that’ and downloaded the first episode.

At 1.00pm ish, having listened to three and a half episodes and having already messed up the roast potatoes (over boiled at the par-boil stage, we’re talking roast-mash-mush now) I was totally engrossed in the story. I dragged myself away from my ipad to text my crime-series-loving sister… ‘You have GOT to listen to Serial…it’s amazing’.

I nipped quickly onto Twitter (can’t help it, another addiction) and weirdly, the tweet at the top of our timeline was from India Knight saying…

Not just me then….She tweets us saying she has been obsessed since the previous evening. Yikes!

By this time, it’s nearly 1.30 and assortedsons are starting to mill around the kitchen…saying things like  ‘what times’s lunch mum?’ and ‘do you need help?’ as they are a teeny bit concerned that there’s no sign of anything edible. I bat them off distractedly while trying to figure out what Serial’s narrator Sarah Koenig has just said about the trustworthiness of cellphone tower evidence and wether anyone could really strangle someone in good daylight in a busy car park without anyone noticing.

Lunch was late, and a bit off-message in terms of maintaining my position as ‘mum who’s delighted to see her returning offspring after a gap of six weeks’ was concerned. But I think I got away with it. Youngestson enjoyed his roast as regaled us with stories of freshers week (note to self, boil wash all his bedlinen when it comes back at Christmas)

Once lunch was properly over, I skulked  from the kitchen table muttering  ‘I just have to write this week’s blogposts’. I am lying…. I have plenty of time on Monday to write. Instead I sneakily download episode six, The Case Against Adnan Syed, where it appears one could (SPOILER ALERT, but not much of one….)  drive  from high school to Best Buy and murder your girlfriend in around 21 minutes.

Feeling like a terrible mother, I check on the boys, who are all happily hanging out and youngestson is back in his favourite sofa spot  in front of the TV.

I listen to episode seven before calling it a day. Well actually I’ve reached the end of the podcasts, episode eight is not available until Thursday.

Basically, Serial is like a modern day Agatha Christie, with Sarah Koenig being the new, real-time Miss Marple. Instead of fictional murders in Chipping Norton by dastardly relatives wanting the inheritance,  we have real life possible miscarriages of justice, with the whole back ground story thoughtfully narrated like it was a Radio Four afternoon drama. Gripping stuff. And I’m feeling a little ashamed of losing some of a precious afternoon with my returning student-teen to it.

Listen (in strict order) here. But don’t blame me if you find yourself suddenly at 5,30pm, five episodes in with no work done today…..

I’m a bit ‘meh’ about the high street at the moment, yes clothes are fabulously colourful/floral/printed but I’m not really biting. I think it’s…