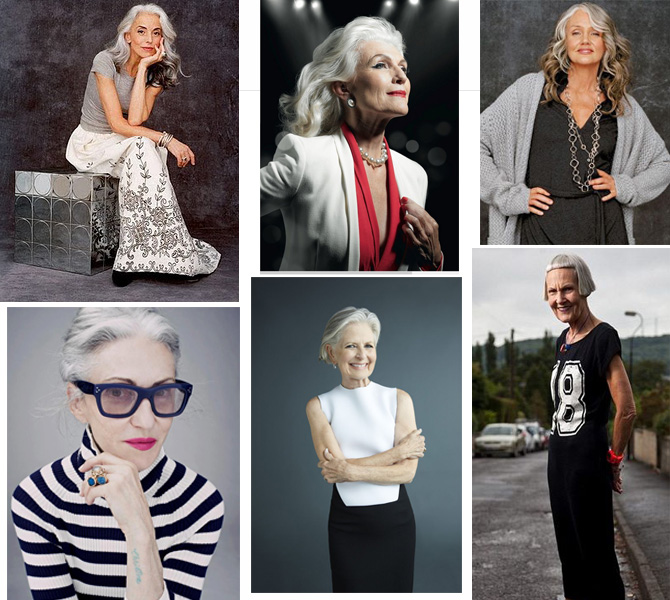 As we have been saying for six years now – yes, we have blogging for six years – 50plus women are a growing market with money to spend, who are by and large mostly ignored by the fashion industry – and a recent major recent report by home shopping company JD Williams confirms this.

The survey revealed that only 20% of mature women feel that the British high street caters for them despite being one of the most powerful consumer groups in the UK, spending more than £2.5bn per season. Three out of five women didn’t feel well represented on television (57%) or magazines (58%), and 76% didn’t think they were well represented in advertising.

Also, as we have been banging on about for ages (stop us when we get boring) despite the huge number of face creams and anti-ageing treatments on the market, just 10% of women polled said they worried about getting wrinkles, while almost eight out of 10 (77%) said they would never have any form of cosmetic surgery. Apparently (yeh yeh yeh tell us something we don’t know) women’s body confidence is higher in their 50s than in their 30s and 40s, with 52% of women feeling most confident aged 45+.  So not only is our age group more confident, it seems we also don’t buy into the ridiculous claims and scare mongering made by the beauty industry – now there’s a surprise!!

Angela Spindler, chief executive officer of the N Brown Group – parent company of JD Williams, said: “There are more women in the 50+ bracket than ever before and it’s abundantly clear that they have felt let down by the fashion industry. We’ve made it our mission to address this. Shopping for clothes should be easy and enjoyable, whether you’re 16 or 60. Recent years have seen this population of women emerge as the most powerful consumer group and the fastest-growing fashion sector. No longer does 50 signal the start of the slow decline into old age, it now marks the midpoint of a woman’s life.”

It’s a tricky one, because personally I don’t want Lorraine Kelly as my role model (she is currently JD Williams brand ambassador) – don’t get me wrong she’s probably a lovely women and looks great etc etc, but as I’ve (again) said many times before, where brands go wrong when talking to our market, is lumping us all into one “over 50” group.

Like all the other consumer demographics, there are many different types of older customers and while some of us want realistic, age appropriate role models, there are others who want aspirational, fashion forward ranges. There lies the problem – no-one seems able (or willing) to take a proper look at our market and target the different customer profiles in a carefully considered and appropriate way.

Well done to JD Williams for trying, but their clothes only appeal to only one of the mature market profiles.

As an ex-designer and trend forecaster with a thorough understanding of consumer insights and the older market – I’d be more than happy to help any brands who might be interested in that £2.6bn?

If you love those country-style floral embroideries you come across on vintage tea cosies and napkins, this book is for you. Caroline Zoob spent…