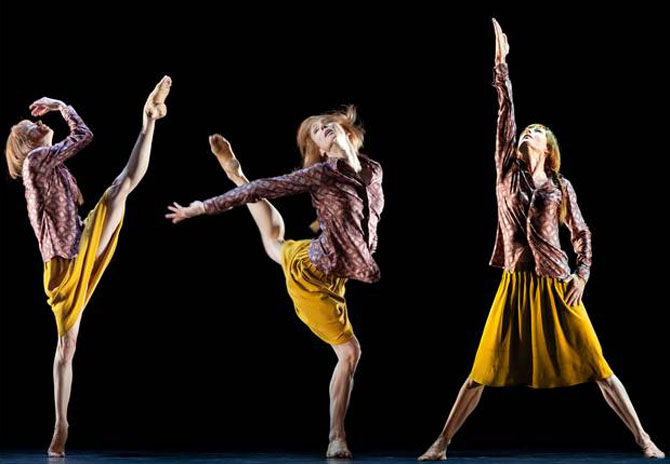 The extraordinary ballet dancer Sylvie Guillem has announced she is to retire from dance now she has reached 50. Sylvie is breathtaking to watch and she is the only dancer who has ever made me cry at a performance, she puts so much beauty and feeling into her work. I’ve never been much of a tutu and pink tights kinda girl and it’s her recent modern work that I’ve been mesmerised by, it combines lighting design, music and choreography in a manner that really pushes your understanding of what dance is. She will be sorely missed. Her last performance will be at Sadler’s Wells next year.

Much has been made of her being “Mademoiselle non!’, a nick name given to her because she refused to do what others (ahem, mostly male choreographers it seems) told her to in terms of what she should dance. She has always been very confident of her own dance vision, very aware of her craft, isn’t it interesting that not ‘doing as she’s told’ has her labelled as ‘difficult’ I wonder if a male dancer who forged his own way would be labelled as such?

High on my list of local places to visit is Nana’s Cafe in Elderfield Road, Clapton. Run by local women who are all over 60, the…